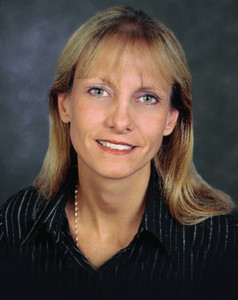 A Canadian civil and canon lawyer at the Holy See

A tireless advocate for victims of abuse and persecution

Jane Adolphe is a Catholic international human rights lawyer, and Professor of Law at Ave Maria School of Law (AMSL) in Naples, Florida, USA, with four law degrees: licentiate and doctorate in canon law (J.C.L/J.C.D), common law (LL.B), and civil law (B.C.L.) as well as a Bachelor of Arts. She began her legal career clerking with the Court of Appeal and Queens Bench in Calgary and the law firm Bennett Jones Verchere, then prosecuted criminal cases for the Alberta Crown Prosecutor’s Office. After that, she studied canon law and began teaching law at AMSL (2001 until the present).

Then, after working as an outside consultant to the Holy See’s Secretariat of State, Section for Relations with States (2003-2011), she entered the same section as an “Expert” to collaborate on work related to human rights’ treaties ratified by the Holy See, most notably the Convention on the Rights of the Child and its Optional Protocol on the Sale of Children, Child Prostitution and Child Pornography.

Dr. Adolphe’s term with the Holy See, which ended with her resignation in 2020, coincided with a series of challenges and changes that will forever mark, she says, the Catholic Church — and her life. Having entered during the final years of Pope Benedict VI’s papacy, she lived in Rome and worked in the Apostolic Palace, in Vatican City State, during amendment of its laws and during the following events: 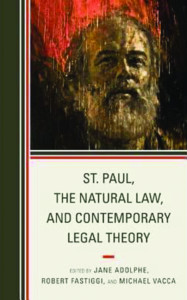 2012 — Vatileaks I: the conviction of the Pope’s butler and accomplice

2015 — Vatileaks II: the trial and conviction of a monsignor and lay woman

2019 — The London property investigation, and police raid of the Offices of the Secretariat of State 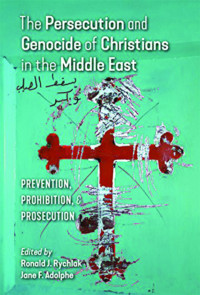 Despite the illnesses and deaths of her parents back in her native Canada within two years of each other, in 2018 and 2020, Dr. Adolphe, in her capacity as Professor of AMSL, was able to plan and organize multiple international conferences on topics of interest to the Holy See, which led to publications that she co-edited: The Persecution of Christians in the Middle East: Prevention, Prohibition, and Prosecution (Angelico Press: 2018); and Equality and Non-Discrimination: Catholic Roots, Current Challenges (Pickwick: 2019). 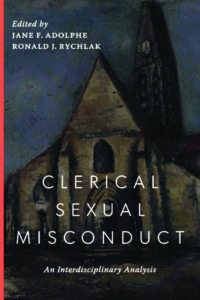 But the “most challenging” book she produced and co-edited, she says, was the 2020 volume Clerical Sexual Misconduct: An Interdisciplinary Analysis (Cluny) provoked, as it was, by the events of 2018, and the contradiction between efforts to protect victims from clerical-sexual abuse, the majority of whom were adolescent males and seminarians, while some sought to “mainstream” homosexual acts as a “good” within the Church.

Dr. Adolphe recounts the most “devastating” situation she encountered during her tenure at the Vatican: in 2017, Italian journalists exposed the alleged sexual corruption of adolescent boys dating back to 2012 in the pre-seminary of Vatican City State. She remained steadfast in her efforts to ensure that a Vatican investigation be opened. The case is currently before the courts in Vatican City State. “There’s a problem of clericalism in the Roman Curia, especially as embedded in the court setting,” comments Dr. Adolphe, “but I am very encouraged by Pope Francis’s ongoing efforts toward making the Curia more humanized and professionalized to allow for the development of all its employees.”