Reflecting on the remarkable life and influence of Joseph Ratzinger 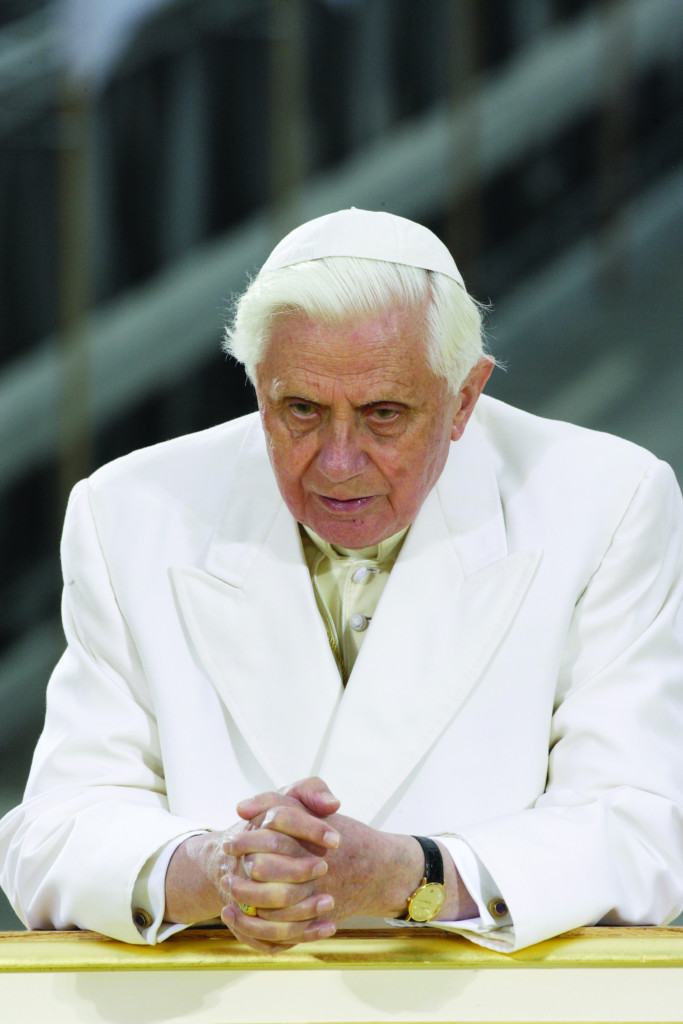 The man who was to become Pope Benedict XVI was born in Bavaria, a heavily Catholic region of Germany, on April 16, 1927. Joseph Aloysius Ratzinger was intellectually gifted, and embarked upon a stellar academic career, becoming a noted professor of theology as a relatively young man; in 1958, he was appointed a full professor at the age of 31.

In 1963, he moved to the University of Münster, during which time he attended the Second Vatican Council as a peritus (theological adviser) to the Bishop of Cologne. At this period in his career, he was known as a reformist, and his thought was in sympathy with theologians like Hans Kung and Edward Schillebeeckx.

In his 1968 book, Introduction to Christianity, for example, he advocated receptivity to differing voices within the Church, and downplayed the centrality of the Pope.

But his theological leanings were to take a turn toward Tradition after he saw the departure of modern currents of Catholic thought from what he considered the unalterable truths of God, and of Man… and the moral and social chaos that followed.

Ratzinger himself saw “no break in my theological views over the years”; rather, he believed that “progressive” Catholic thought had made the decisive turn away from what the Church —and he himself with her — had always taught. And so he increasingly became known as a “conservative.”

After a long academic career, he was consecrated a bishop in 1977; a month later, Pope Paul VI made him a cardinal, seen as unusual because of the paucity of his pastoral experience. But it was Cardinal Ratzinger’s intellect, as well as his reputation for holiness, that the Polish Pope sought, and in 1981, he made Cardinal Joseph Ratzinger the Prefect for the Congregation of the Doctrine of the Faith. 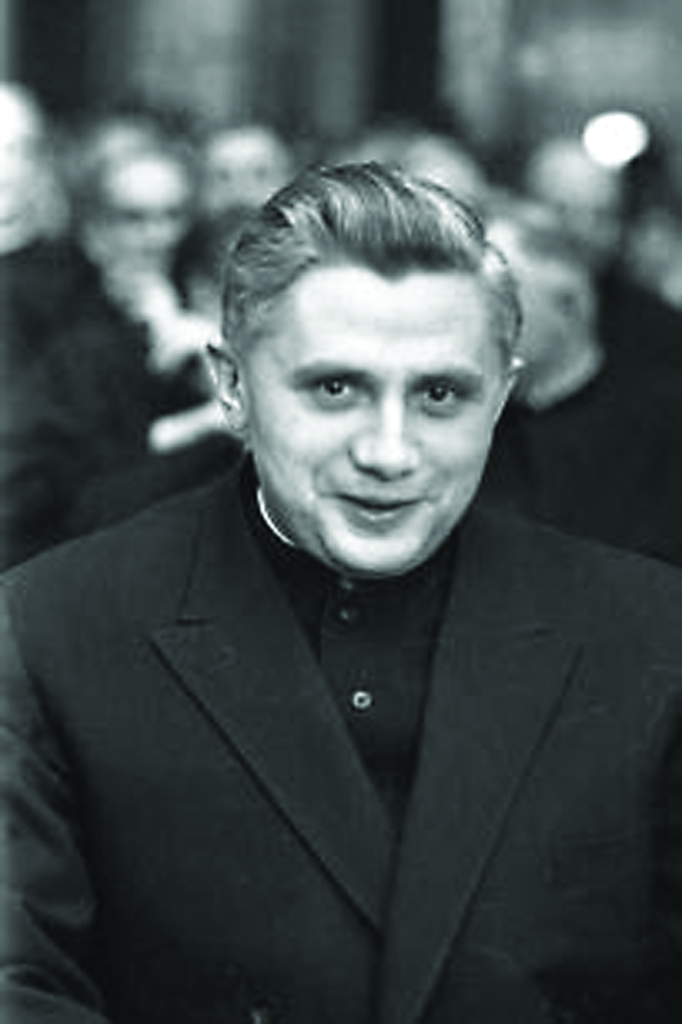 During the sessions of the Second Vatican Council (1962-65)

“The world offers you comfort. But you were not made for comfort. You were made for great things…”
—POPE BENEDICT XVI

The “conservative” Ratzinger remained at the side of the remarkable Pope John Paul II until his death in 2005. Afterward, the conclave of cardinals which convened to elect the new Pope — of which Ratzinger himself was the Dean — said to themselves, it was reported, “If not Ratzinger, who?”

“God’s Rottweiler,” as he was termed by some, was portrayed in the press as severe and doctrinaire.

In reality, Benedict is a quiet, sensitive man who is also musically gifted; he is an accomplished pianist who once said that the music of his favorite composer, Mozart, “deeply penetrated his soul.”

“His music is by no means just entertainment,” he said; “it contains the whole tragedy of human existence.”

After his dramatic and unexpected 2013 announcement that he was abdicating the papacy, he retired to a converted monastery in the Vatican Gardens where he lives today. His personal secretary from previous years, Archbishop Georg Gänswein, continues to serve in this capacity as Benedict lives a quiet life of prayer and study. He has written or spoken publicly only a handful of times since 2013, but by all accounts, his intellect is still sharp and his health good for his age.

In the following pages, we feature a series of essays discussing various aspects of the life, career and papacy of Joseph Ratzinger — Pope Benedict XVI — and the picture that emerges is of a man who strove to follow his own advice when he said in his encyclical Spe Salvi: “The world offers you comfort. You were not made for comfort. You were made for great things — for God Himself.”