“There was a rosary on him”

“There was a rosary on him”

Over a Century Ago, the Priest and Writer Robert Hugh Benson Foresaw the Tremendous
Rise of Secular Humanism… And the Contraction of the Catholic Church 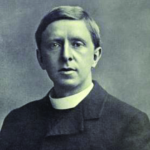 LORD OF THE WORLD 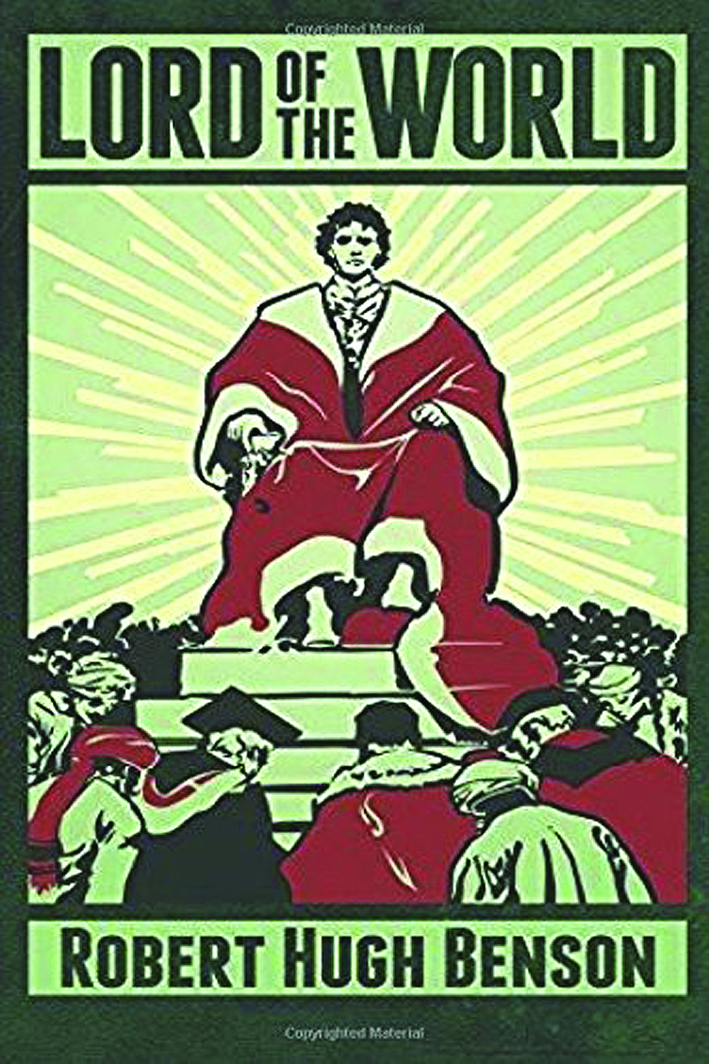 She glanced at Mabel, and saw that the girl was singing with all her might, with her eyes fixed on her husband’s dark figure a hundred yards away, and her soul pouring through them. So the mother, too, began to move her lipsin chorus with that vast volume of sound.

As the hymn died away, and before the cheering could begin again, old Lord Pemberton was standing forward on the edge of the platform, and his thin, metallic voice piped a sentence or two across the tinkling splash of the fountains behind him. Then he stepped back, and Oliver came forward.

It was too far for the two to hear what was said, but Mabel slipped a paper, smiling tremulously, into the old lady’s hand, and herself bent forward to listen.

Old Mrs. Brand looked at that, too, knowing that it was an analysis of her son’s speech, and aware that she would not be able to hear his words.

There was an exordium first, congratulating all who were present to do honour to the great man who presided from his pedestal on the occasion of this great anniversary. Then there came a retrospect, comparing the old state of England with the present. Fifty years ago, the speaker said, poverty was still a disgrace, now it was so no longer. It was in the causes that led to poverty that the disgrace or the merit lay. Who would not honour a man worn out in the service of his country, or overcome at last by circumstances against which his efforts could not prevail?… He enumerated the reforms passed fifty years before on this very day, by which the nation once and for all declared the glory of poverty and man’s sympathy with the unfortunate.

So he had told them he was to sing the praise of patient poverty and its reward, and that, he supposed, together with a few periods on the reform of the prison laws, would form the first half of his speech.

The second part was to be a panegyric of Braithwaite, treating him as the Precursor of a movement that even now had begun.

Old Mrs. Brand leaned back in her seat, and looked about her. The window where they sat had been reserved for them; two arm-chairs filled the space, but immediately behind there were others, standing very silent now, craning forward, watching, too, with parted lips: a couple of women with an old man directly behind, and other faces visible again behind them. Their obvious absorption made the old lady a little ashamed of her distraction, and she turned resolutely once more to the square.

Ah! he was working up now to his panegyric! The tiny dark figure was back, a yard nearer the statue, and as she looked, his hand went up and he wheeled, pointing, as a murmur of applause drowned for an instant the minute, resonant voice. Then again he was forward, half crouching—for he was a born actor—and a storm of laughter rippled round the throng of heads. She heard an indrawn hiss behind her chair, and the next instant an exclamation from Mabel…. What was that?

There was a sharp crack, and the tiny gesticulating figure staggered back a step. The old man at the table was up in a moment, and simultaneously a violent commotion bubbled and heaved like water about a rock at a point in the crowd immediately outside the railed space where the bands were massed, and directly opposite the front of the platform.

Mrs. Brand, bewildered and dazed, found herself standing up, clutching the window rail, while the girl gripped her, crying out something she could not understand.

A great roaring filled the square, the heads tossed this way and that, like corn under a squall of wind.

Then Oliver was forward again, pointing and crying out, forshe could see his gestures; and she sank back quickly, the blood racing through her old veins, and her heart hammering at the base of her throat.

But Mabel was up, too, staring out at her husband; and a quick babble of talk and exclamations from behind made itself audible in spite of the roaring tumult of the square. 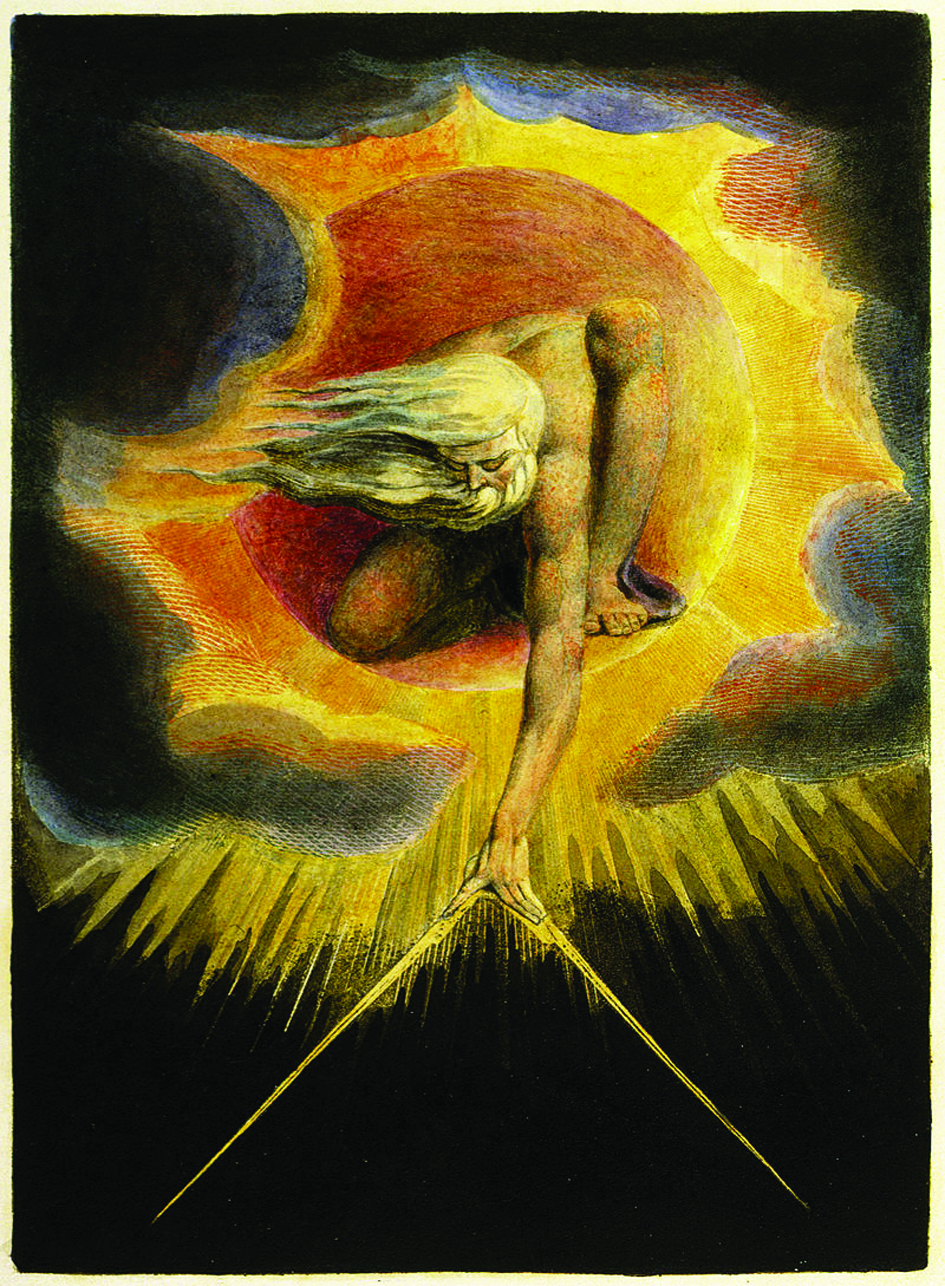 Oliver told them the explanation of the whole affair that evening at home, leaning back in his chair, with one arm bandaged and in a sling.

They had not been able to get near him at the time; the excitement in the square had been too fierce; but a messenger had come to his wife with the news that her husband was only slightly wounded, and was in the hands of the doctors.

“He was a Catholic,” explained the drawn-faced Oliver. “He must have come ready, for his repeater was found loaded. Well, there was no chance for a priest this time.”

Mabel nodded slowly: she had read of the man’s fate on the placards.

“He was killed—trampled and strangled instantly,” said Oliver.

“I did what I could: you saw me. But—well, I dare say it was more merciful.”

“But you did what you could, my dear?” said the old lady, anxiously, from her corner.

“I called out to them, mother, but they wouldn’t hear me.”

“Oliver, I know this sounds stupid of me; but—but I wish they had not killed him.”

Oliver smiled at her. He knew this tender trait in her.

“It would have been more perfect if they had not,” she said. Then she broke off and sat back. “Why did he shoot just then?” she asked.

Oliver turned his eyes for an instant towards his mother, but she was knitting tranquilly. Then he answered with a curious deliberateness.

“I said that Braithwaite had done more for the world by one speech than Jesus and all His saints put together.” He was aware that the knitting-needles stopped for a second; then they went on again as before.

“But he must have meant to do it anyhow,” continued Oliver.

“How do they know he was a Catholic?” asked the girl again.

“There was a rosary on him; and then he just had time to call on his God.”

“And nothing more is known?”

“Nothing more. He was well dressed, though.”

Oliver leaned back a little wearily and closed his eyes; his arm still throbbed intolerably. But he was very happy at heart. It was true that he had been wounded by a fanatic, but he was not sorry to bear pain in such a cause, and it was obvious that the sympathy of England was with him. Mr. Phillips even now was busy in the next room, answering the telegrams that poured in every moment. Caldecott, the Prime Minister, Maxwell, Snowford and a dozen others had wired instantly their congratulations, and from every part of England streamed in message after message. It was an immense stroke for the Communists; their spokesman had been assaulted during the discharge of his duty, speaking in defence of his principles; it was an incalculable gain for them, and lossfor the Individualists, that confessors were not all on one side after all. The huge electric placards over London had winked out the facts in Esperanto as Oliver stepped into the train at twilight. “Oliver Brand wounded…. Catholic assailant…. Indignation of the country…. Well-deserved fate of assassin.”

He was pleased, too, that he honestly had done his best to save the man. Even in that moment of sudden and acute pain he had cried out for a fair trial; but he had been too late. He had seen the starting eyes roll up in the crimson face, and the horrid grin come and go as the hands had clutched and torn at his throat. Then the face had vanished and a heavy trampling began where it had disappeared. Oh! there was some passion and loyalty left in England!

His mother got up presently and went out, still without a word; and Mabel turned to him, laying a hand on his knee.

“Are you too tired to talk, my dear?”

He opened his eyes.

“Of course not, my darling. What is it?”

“What do you think will be the effect?”

He raised himself a little, looking out as usual through the darkening windows on to that astonishing view. Everywhere now lights were glowing, a sea of mellow moons just above the houses, and above the mysterious heavy blue of a summer evening.

“The effect?” he said. “It can be nothing but good. It was time that something happened. My dear, I feel very downcast sometimes, as you know. Well, I do not think I shall be again. I have been afraid sometimes that we were losing all our spirit, and that the old Tories were partly right when they prophesied what Communism would do. But after this—”

“Well; we have shown that we can shed our blood too. It is in the nick of time, too, just at the crisis. I don’t want to exaggerate; it is only a scratch—but it was so deliberate, and—and so dramatic. The poor devil could not have chosen a worse moment. People won’t forget it.”

“Not much. Besides, Christ! what do I care? If only this infer- nal Eastern affair would end!” He knew he was feverish and irrita- ble, and made a great effort to drive it down.

“They don’t understand what a glorious thing it all is: Humanity, Life, Truth at last, and the death of Folly! But haven’t I told them a hundred times?”

She looked at him with kindling eyes. She loved to see him like this, his confident, flushed face, the enthusiasm in his blue eyes; and the knowledge of his pain pricked herfeeling with passion. She bent forward and kissed him suddenly.