To “Accompany” the Elderly During the Pandemic

To “Accompany” the Elderly During the Pandemic 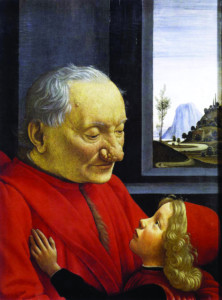 The Urbi et Orbi Foundation Announces a New “Old to Young, Heart to Heart” Initiative. Please Join With Us in This Very Special Initiative

The Urbi et Orbi Foundation, a project of the parent organization which publishes Inside the Vatican magazine, Urbi et Orbi Communications, has announced plans for a new initiative uniting Catholics and Orthodox globally in both prayer and charitable works in this time of the pandemic crisis.

The new initiative will be two-pronged: First, the Foundation plans to publish, via electronic media, a series of spiritual reflections by both Catholic and Orthodox Church leaders to help sustain all Christians in this time of fear and isolation, when many of our churches are locked and our shepherds are separated from their flocks.

Second, the Foundation proposes a “program of accompaniment” aimed especially at the elderly and isolated in this time of pandemic crisis.

Called “Old to Young, Heart to Heart,” the “common global Christian initiative” the Foundation envisions would organize both Catholics and Orthodox faithful — especially the young — to contact the elderly, talk with them, and communicate any need for assistance, in order to “accompany” them, as Pope Francis so often urges, through this difficult time.

The Urbi et Orbi Foundation was launched in 2012 by Inside the Vatican founder and editor Robert Moynihan, and Urbi et Orbi Communications CEO Deborah Tomlinson, to promote unity between the Catholic and Orthodox Churches and peoples, with an eye to eventual reunification.

Explaining the genesis of the new initiative, Kyle Hayes, Urbi et Orbi Foundation’s Vice President for Projects and Communication, said, “The difficulties of the time seem to cry out for bold new initiatives to help the poor, the sick and the weak, and to do this in the context of greater Christian collaboration and unity.

“As the coronavirus has spread and entire countries have gone on ‘ lockdown,’ could there be an opportunity for charitable Christian witness, especially with regard to unity? As we have recalled conversations with Orthodox leaders who have received us with great warmth over the years, we think the answer is ‘Yes.’”

The Urbi et Orbi Foundation, explains Hayes, is asking both Catholic and Orthodox parishes to enlist families with children to pray for and contact those among their flocks who are at highest risk, in order to “stay close” to these often neglected parishioners and neighbors.

He hastens to add, however, that at this time there are no plans to encourage direct visits because of the danger of spreading infection.

“The elderly,” says Hayes, “in this way become the common ‘grandparents’ of the Church community, and the young, the community’s common ‘grandchildren.’The elderly have passed the Faith on to each of us; we must respect them and hold their hands when they are afraid, showing our gratitude for their witness.”

The Catholic Bishop of Assisi, Italy (the home of St. Francis), Domenico Sorrentino, has written a book that calls on the Church to heal the current societal isolation of elderly persons by truly becoming a “Church-family.”

“The unusual circumstances we now find ourselves in may in fact be a perfect opportunity to bring our children up more profoundly nourished by the Faith,” remarks the Urbi et Orbi Foundation Vice President, “connecting them to their elders and to the whole parish community, planting in them the seeds that can become the true unity of our Church in time to come.”

The Urbi et Orbi Foundation is dedicated to “building bridges” between Catholics and the Orthodox so that a united Church can once again, as St. John Paul II proclaimed, “breathe with its two lungs.”

Join our new, parish-by-parish global initiative of charitable action for the elderly and isolated,“Young to Old, Heart to Heart!”