Was Vatican II Really the “Seed of Error”?

Was Vatican II Really the “Seed of Error”?

Or was it “a truth only half-received?” 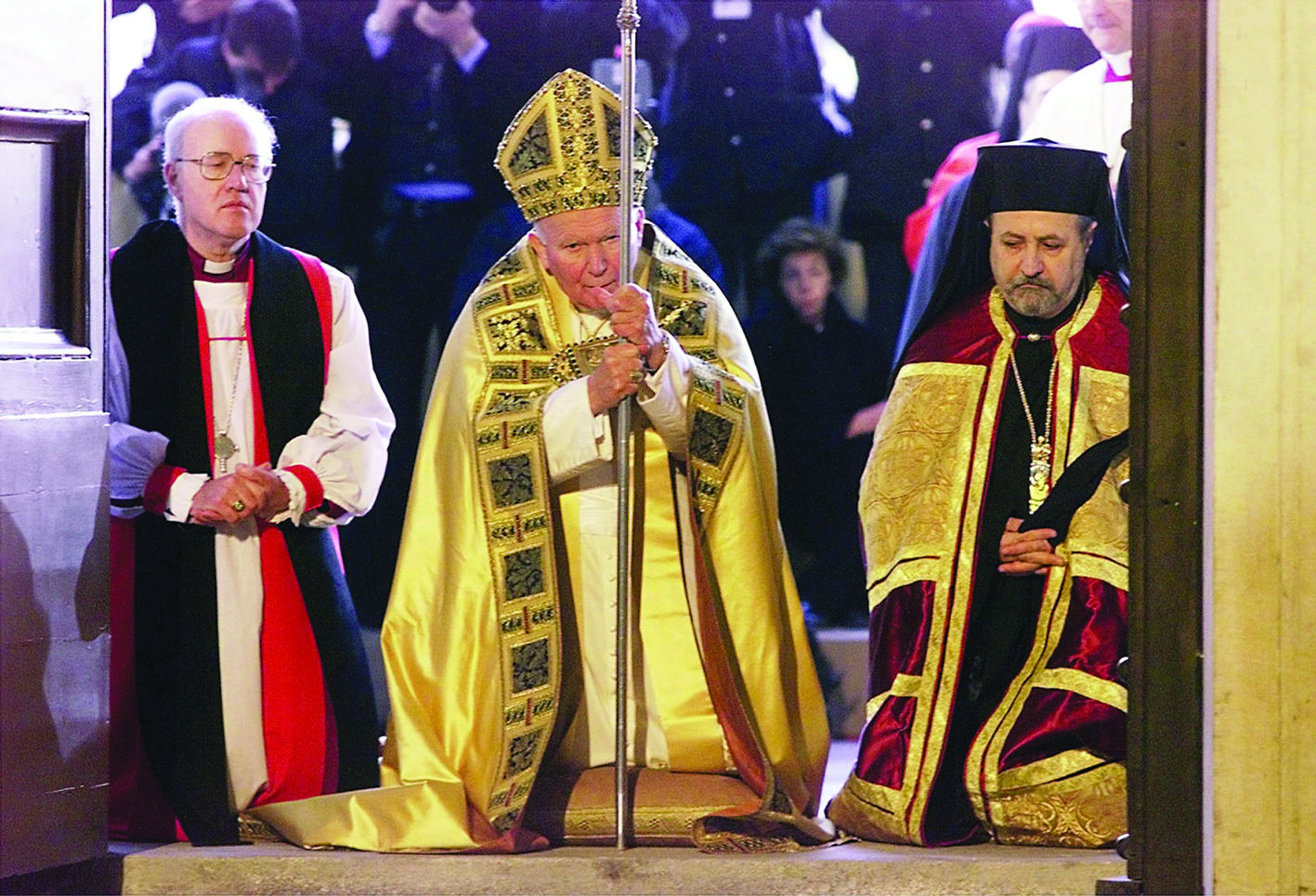 Ecumenism during the Great Jubilee of the Year 2000

In a statement dated June 20, 2020, Archbishop Viganò reduces the Second Vatican Council to a seedbed of contemporary error animated by the spirit of “Masonry.” I sympathize with his frustrations with regard to the evident confusion in the Church today, the attenuation of Eucharistic faith, the banality of much of what claims to be the Council’s inheritance liturgically, etc.

Yet is it fair to blame the Council and reject it as fatally riddled with error? But wouldn’t this mean that the Holy Spirit allowed the Church to lapse into prodigious and pernicious error and further allowed five Popes to teach it enthusiastically for more than 50 years? That claim would seem to be the triumph of “Masonry!”

Viganò claims, “[T]his Council has proven to be the only one… — from the Council of Jerusalem to Vatican I — that does not harmonize perfectly with the entire Magisterium or that needs so much interpretation.”

But the Council of Nicaea (325) was controversial from the moment it closed, its teaching only clarified nearly 60 years of controversy later (381, Constantinople). Was Nicaea consistent with previous magisterial teaching?

Yes — as clarified in 381 — but in its immediate aftermath some thought the homoousios contradicted the condemnation of the heretical bishop, Paul of Samosata, who did not believe the Son was a distinct Person, or likewise vindicated the heresy of Sabellianism.

Chalcedon (451) may be the Council whose legacy was contested the longest. The next three ecumenical Councils were attempts to grapple with its reception and its relationship to the teaching of Ephesus (431). Nor was there lack of political complexity, within both Church and society, to add to the need for clarification.

Further, did the Council really produce no good worth mentioning? Viganò mentions none.

True, its liturgical reforms were commandeered by banality in the U.S. – for example, the introduction of hymns with no aesthetic merit but containing doctrinal errors especially regarding the Eucharist, hymns whose use de-catechize the very Catholics who faithfully attend Sunday Mass.

But it is equally true, for example, that the reforms produced the beautiful inculturated liturgies in churches across Africa. I attended a Mass celebrated according to the Rite of Zaire in an isolated region of the DRC. It fully expressed the spirit of the liturgy of the universal Church not in spite of its being celebrated in an unmistakably African voicing, but because of it. In chant and in movement it communicated a dignity commensurate with the “awfulness of the Sacrifice,” as Dorothy Day once put it, and yet clothed it in an un-self-conscious warmth appropriate to the “Sacrament of Charity.”

Another example is a Mass I attended in Abuja, celebrating the ordination of five new priests. The hymnody, the languages, the liturgical gestures, were eclectic, reflecting not only traditions of Gregorian chant and English hymnody but also a variety of Ibo language hymns and liturgical customs of the villages from which the new priests came. But it was all integrated by the deepest conviction of dignity and joy flowing from the Eucharist itself. When, after Communion, the whole assembly, otherwise silent, recited in unison three times, “O Sacrament Most Holy, O Sacrament Divine, all praise and all thanksgiving be every moment Thine,” it seemed as though the Holy Spirit was making the deepest possible appeal to the hearts of everyone present, reaching into our souls, helping us to “pray as we ought.”

Perhaps those of us blaming our own banality of imagination and failure of nerve on Vatican II should get out of the house a little and have the humility to learn from others whom we may customarily look down upon as unenlightened.

Further, what about the many beautiful truths that found their most robust magisterial expression in Lumen Gentium? Do we leave behind the exposition of the universal call to holiness? — something which seemed so sublime to me when I first read it at age 19 that the impression, and the desire to live up to it, has never worn off so many years later.

What about the clarifying recovery of patristic preaching on the royal priesthood of the baptized? a project which the Council of Trent left for a future age to undertake (since Trent was necessarily more focused on correcting the Reformer’s rejection of Holy Orders). Is the most maturely developed articulation of the three degrees of Holy Orders, incorporating but surpassing in precision and clarity anything preceding, to be overlooked and discarded? Are these advances really the work of freemasonry?

And, to tackle it squarely, can’t we count as an achievement, and not an error, the characterization that the one true Church of Jesus Christ, organized as a visible society, subsists in the Catholic Church? Is it really freemasonry to find some way of validating the genuine bonds of communion that link separated communions to the Catholic Church? If there are no such genuine bonds, then it is also incoherent to say that the one true Church organized as a visible society “is” the Catholic Church, because recognizing it as such requires recognizing all the bonds of visible communion — including those that remain present in other communions and thus do link them to us.

Wouldn’t we want to use language that allows us to celebrate the degree of communion preserved, for example, with the Coptic Christians whose recent heroic witness “to the point of shedding blood” moved the one non-Christian in the group of hostages to accept his own baptism of blood? Isn’t it beautiful to be able to say, with the CCC’s summary of this Conciliar teaching, that “Christ’s Spirit uses these [separated] Churches and ecclesial communities as means of salvation,” while qualifying that their “power derives from the fullness of grace and truth that Christ has entrusted to the Catholic Church” (CCC #819)? Is this freemasonry? Or is it Catholic truth, expressed more fully than in pre-Conciliar formulations? The treatment of this issue by Mgr Philips, L’Église et son mystère au II Concile du Vatican, Tome 1 (Paris: Desclée, 1967), 119, is worth revisiting.

Relatedly, are we really willing to return to a legalistic interpretation of “Outside the Church there is no salvation” that leaves the witness of these Coptic martyrs and others in ambiguity? Philips shows how patristic understanding of this phrase arose in controversies which envisioned counter-claims by heretics, not envisioning situations, such as those considered both by Pius IX and Pius XII regarding souls who find themselves outside of the visible bounds of the Catholic Church through no fault of their own (see Philips, 192-93).

Is the rigorist understanding of the patristic dictum truly and fully Catholic teaching? Or does Vatican II, rather, express that teaching most fully? — thus enabling the CCC to sum it up (##847-48) in a way that I (at least) have found useful in releasing undergraduates from misguided revulsion against the Church because of the baggage of a needless triumphalism. 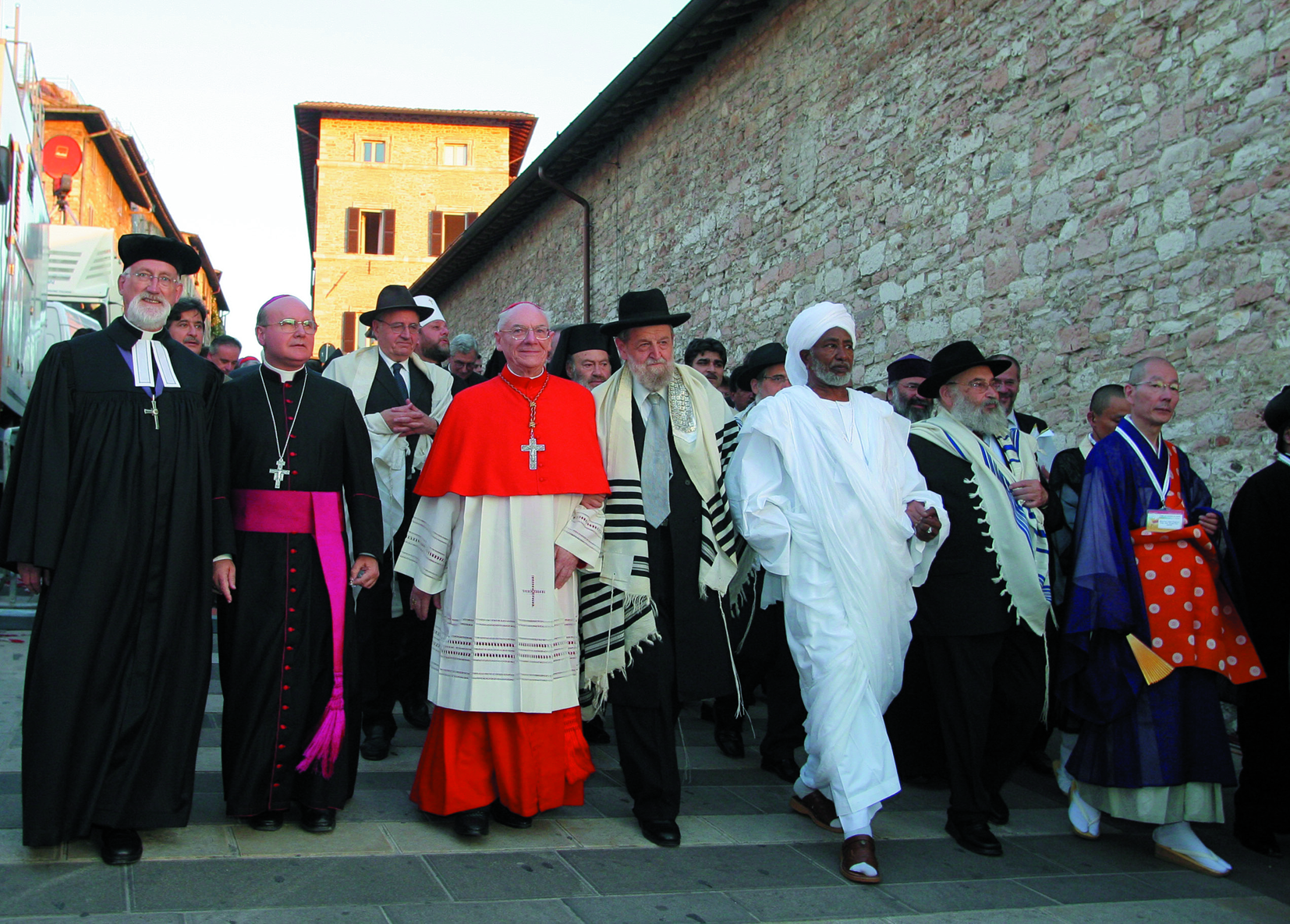 interreligious dialogue in Assisi in 2006

Viganò says the “seeds” for contemporary errors were planted at Vatican II and that now we can see from their bad fruit that the seed itself was bad. But does this stand up to scrutiny?

Dei Verbum taught that the human authors of Scripture were “true authors,” and that the interpreter must therefore “take into account the conditions of their time and culture,” etc. (DV 11-12). Is this a bad seed, because it was used by biblical scholars to so promote the hegemony of the historico-critical method that eventually no other options were even imagined? — even though Dei Verbum forcefully and equally teaches that the Scriptures, both OT and NT, “have God as their author and have been handed on as such to the Church herself,” and so, among other things, must be read “within the living Tradition of the whole Church” (see DV 11-12, CCC ##106, 113).

A truth only half received can be the seed of error, but through no fault of the truth! — but rather of a certain laziness on the part of theologians (like myself!) who settled for a method of biblical interpretation that ended up regarding the exegesis of Church councils (including that of the Vatican II and CCC) as “pre-critical” impositions on the text.

Another example, sticking with Dei Verbum: Is the relativism that de facto if not de jure is the implicit operating assumption of much interreligious dialogue the fault of Vatican II, though Dei Verbum clearly states that “’The Christian economy … since it is the new and definitive Covenant, will never pass away; and no new public revelation is to be expected before the glorious manifestation of our Lord Jesus Christ’” (DV 4, CCC #66)?

Is it the fault of Nostra aetate, not even a “dogmatic constitution,” that theologians (like myself!) have been content to allow the relativism of post-modern culture to operate as an implicit default mode? To emphasize NA’s (true!) claim that there is truth in other religions without working equally hard to articulate at the same time how Jesus Christ is the unsurpassable seal on revelation? How would one even recognize truth in other religions if we did not already in our own have the fullness of truth whereby to be able to recognize it elsewhere?

Is Vatican II bad seed? Or is the “seed” in question rather the lopsided choice of theologians to develop one strand of conciliar teaching at the expense of occluding others? Not to mention pastors who have so prioritized the (true!) good of making Christian teaching accessible and intelligible to modern people that they downplay its uniqueness and distinctiveness as embarrassingly outmoded?

I understand the instinct, teaching so many students who think they are looking for just such intelligibility and only that, yet they discover they were actually seeking so much more if you actually work to give them that “more,” too.

Viganò’s letter has at least had the virtue of forcing myself to emerge from my complacency in accepting half-measures in the reception of the Council. Perhaps others will find themselves with me in the same boat! 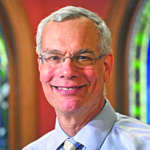 John C. Cavadini, Ph. D. is a Professor of Theology at the University of Notre Dame and Director of its McGrath Institute for Church Life. He specializes in patristic and early medieval theology, the theology of Augustine, and the history of biblical and patristic exegesis.