Dossier on Committee on Rights of the Child Members

Dossier on Committee on Rights of the Child Members

The Committee on the Rights of the Child (CRC) consists of eighteen independent experts who are nominated by their respective countries and serve in a personal capacity for terms of four years. They are expected to be “persons of high moral character and recognized competence in the field of human rights,” ac­cording to Article 43 of the Convention on the Rights of the Child.

The composition of the committee that issued a scathing critique of the Holy See and the Catholic Church more broadly is made up of seven men and eleven women.

Not all of the members have visible records in support of issues offensive to the natural law and Catholic teaching, but nine of them do. 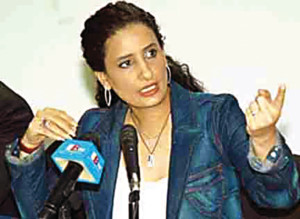 Ms. Amal Aldoseri of Bah­rain founded a chapter of the organization Y-PEER – the first and only in the region. Y-PEER is an international network that works in collaboration with the United Nations Population Fund (UNFPA) to “train young trainers on sexual and reproductive health.” The Blaze investigated Y-PEER and found that it routinely advocates for abortion, LGBT rights, and legalized drug use and prostitution.

Ms. Agnes Akosua Aidoo of Ghana is credited for “providing policy guidance and professional support” to the Network for Women’s Rights in Ghana (NETRIGHT). This organization helped draft the Women’s Manifesto for Ghana, which explicitly demands “safe abortion.” She also collaborated with the Guttmacher Institute, the research arm of Planned Parenthood, on a report on sexual and reproductive rights in Ghana.

Ms. Maria Herczog of Hungary has been widely quoted denouncing the use of “baby boxes”, which allow mothers to safely and anonymously relinquish their children for adoption. She also co-authored a report on child abandonment in Europe in which she speaks highly of Denmark, saying, “[t]he low rate of secret abandonment in Denmark can also be attributed to women having free access to abortion.” 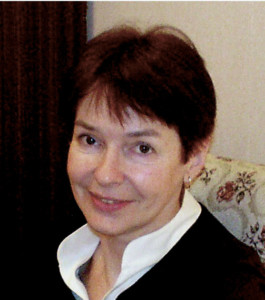 From the Russian Federation, Ms. Olga Khazova has consulted with USAID on reproductive health and rights and received two research grants from the leftist Soros Foundation Open Society Institute for work involving “legal issues in human reproduction.” She is the Russian representative of the UNFPA-funded ASTRA Network, which heavily advocates for abortion in Central and Eastern Europe. One of their open letters to the European Union concludes by saying, “We cannot and will not further accept the argumentation that the ‘EU has no mandate on abortion.’” This position is in contrast to the prevailing view in the European Union that abortion law is a competency of member nations, not of the EU as a whole. 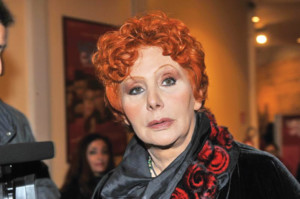 The committee member from Sri Lanka, Ms. Hiranthi Wijemanne, was outspoken in defense of a proposed law in her country that would allow for first-trimester abortion in certain circumstances, such as rape and incest involving minors. “What was recently proposed cannot be termed as infanticide,” she said, implying that a first-trimester fetus is not a child and not deserving of protection. In her capacity as a representative of UNICEF, Ms. Wijemanne urged Sri Lanka to loosen its prohibition on abortion: “How can we talk of women’s rights, or for that matter children’s rights, if we do not deal with this issue of abortion?”

The chairperson of the committee evaluating the Holy See’s adherence to the child rights treaty was Ms. Kirsten Sandberg of Norway. She gave a press conference summarizing the findings of the committee and reiterating the criticism that encompassed the teachings of the Catholic Church in addition to its handling of the child abuse scandal. She cited “the negative consequences of the Holy See’s position practices of denying adolescents access to contraceptives as well as to sexual and reproductive health and information.” She also accused the Holy See of making statements contributing to violence perpetrated against LGBT individuals and the children being raised by same-sex couples. 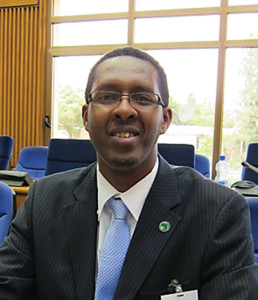 Mr. Benyam Dawit Mezmur of Ethiopia has worked with pro-abortion groups in an advisory or training capacity, including the Sexual Rights Initiative, which is explicitly and actively pro-abortion, as well as Plan International and Save the Children.

Ms. Sara Oviedo Fierro of Ecuador was one of the most aggressive questioners of the Holy See’s representatives. Her son is a leader in a radical anti-Catholic organization, and she re-Tweeted one of their Tweets which claimed that legalizing abortion was a way to “decriminalize poverty.”

The rest of the Committee did not have any obvious links to issues related to abortion or attacks on the family:

According to Right to Life New Zealand, Ms. Aseil Al-Shehail from Saudi Arabia is a proponent of sharia law, which allows for capital punishment and life sentences for children.

Mr. Jorge Cardona Llorens of Spain once spoke out against Spanish laws that allowed for decreased restrictions on abortion of disabled children – he referred to it as eugenics.

Mr. Bernard Gastaud of Monaco is a legal and human rights expert who works with a child-advocacy NGO founded by Princess Grace of Monaco.

Mr. Peter Guran of Slovakia is a child rights expert with a long collaboration with UNICEF. He has doctorates in both sociology and politics.

Mr. Hatem Kotrane of Tunisia worked as an expert consultant for UNICEF and is a human rights expert with a focus on the Middle Eastern region. He works as a law professor.

Mr. Gehad Madi of Egypt formerly served as Egypt’s ambassador to India and later to the UK.. During his tenure as Egypt’s Deputy Assistant Foreign Minister on human rights, Egypt ratified the Convention on the Rights of the Child.

Ms. Yasmeen Muhamad Shariff of Malaysia is a lawyer who focuses on women’s and children’s issues, who has written on Islamic law, violence against women, and trafficking in children. 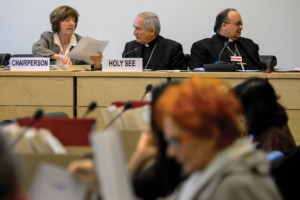 The chairperson was Kirsten Sandberg of Norway.

Mr. Wanderlino Nogueira Neto of Brazil is a retired public attorney and law professor who has consulted with UNICEF and UNESCO on juvenile justice issues.

Ms. Renate Winter of Austria is a judge who was appointed by the UN Secretary-General to the Special Court for Sierra Leone. She specializes in juvenile justice, especially in post-conflict and conflict situations.