Pope at Angelus: Find Jesus in those who are close to you every day

Pope at Angelus: Find Jesus in those who are close to you every day 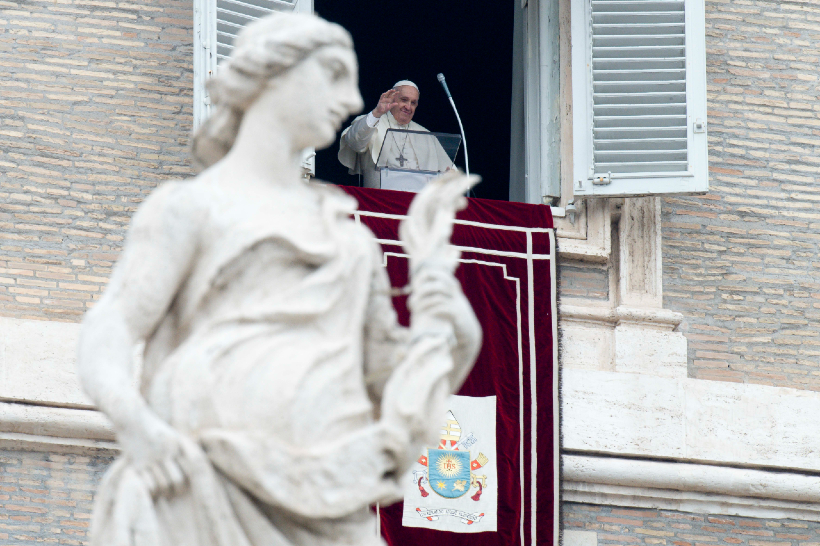 Pope Francis reflects on the Gospel reading of the day inviting believers to be humble and willing and never to reject the ways of the Lord.

Reflecting on the passage from the Gospel of Luke that tells of how Jesus met with incomprehension and hostility when he gave his first sermon in his home town, Nazareth, Pope Francis invited Christians to believe in good, even when faced with closures and rejection (Lk 4:21-30).

Speaking during the Sunday Angelus, the Pope recalled that in Nazareth, Jesus is received with incomprehension and hostility. Rather than a word of truth, he explained, his fellow villagers “wanted miracles and prodigious signs.”

They reject him, he said, and “Jesus therefore utters a phrase that has become proverbial: “No prophet is acceptable in his own country.”

The Pope explained that these words reveal “that Jesus’ failure was not entirely unexpected. He knew his people, he knew the risk he was running, he took rejection into account.”

“And, so, we might wonder: why, if he foresees a failure, does he go to his hometown all the same? Why do good to people who are not willing to accept you?”

He noted that this is exemplified by the unconditional love of parents who are aware of the ingratitude of their children, but do not cease to love them and do good to them. God, he added, “is the same, but at a much higher level. And today he invites us too to believe in good, to leave no stone unturned in doing good.”

Something else, the Pope said, is revealed by what happens in Nazareth that causes us to ask ourselves questions pertaining to our own hostility and unwelcoming attitudes.

“Let us look at the models of acceptance that Jesus proposes today,” he said, noting that “They are two foreigners: a widow from Sarepta of Sidon and Naaman, the Syrian.”

Both of them, he recalled welcomed prophets: “the first Elijah, the second Elisha.” But neither was an easy reception, and both went through trials.

“The widow and Naaman did not reject the ways of God and his prophets; they were docile, not rigid and closed.”

Jesus asks us to accept him in our daily reality

Jesus, the Pope said, also goes the way of the prophets: he presents himself as we would not expect. “He is not found by those who seek miracles, new sensations, a faith made up of power and external signs. He is found instead by those who accept his ways and his challenges, without complaint, without suspicion, without criticism and long faces.”

In other words, he said, “Jesus asks you to accept him in the daily reality that you live; in the Church of today, as it is; in those who are close to you every day; in the reality of those in need. He is there, inviting us to purify ourselves in the river of availability and in many healthy baths of humility.”

Our Lady shows us the way to welcome Jesus

Perhaps, Pope Francis concluded, “after many years as believers, we think we know the Lord well, with our ideas and our judgments. The risk is that we get used to Jesus, we close ourselves up to his newness, frozen in our positions. Instead, the Lord asks us for an open mind and a simple heart.

“May Our Lady, model of humility and willingness, show us the way to welcome Jesus.”