Pope at Angelus: ‘We proclaim Jesus through witness of brotherly love’

Pope at Angelus: ‘We proclaim Jesus through witness of brotherly love’ 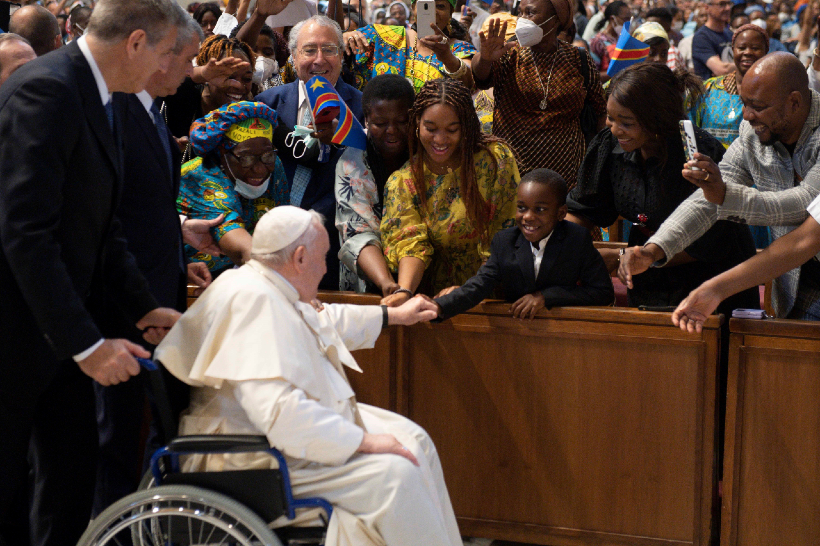 Pope Francis reflects on the Sunday Gospel at the Angelus prayer, and urges Christians to bear witness to Jesus through mutual respect and brotherly love.

Ahead of the traditional noon-day prayer of the Angelus on Sunday, Pope Francis paused to reflect on the day’s Gospel, in which Jesus sends out the 72 disciples in pairs.

He considered why Jesus chose to do so instead of sending them out alone to proclaim the Kingdom of God.

“To go on a mission two by two, from a practical point of view, would seem to bring more disadvantages than advantages,” he said.

The pair of disciples might not get along or proceed at different speeds, he noted.

Yet, Jesus does not think in this manner, said the Pope, and explained why.

Pope Francis said the disciples’ task is to “go ahead into the villages to prepare the people to receive Jesus.”

Jesus gives them little in the way of talking points, but rather focuses his command on “how they should be: on the witness to give more than the words to say.”

“He defines them as workers,” said the Pope. “They are therefore required to work, to evangelize through their behaviour. And the first practical action with which the disciples carry out their mission is precisely that of going two by two.”

The Pope said disciples are not “free-riders” who preach without yielding to one another.

“It is primarily the very life of the disciples that announces the Gospel: their knowing how to be together, their mutual respect, their not wanting to prove that they are more capable than the other, their concordant reference to the one Master.”

Many perfect pastoral plans can be created and large crowds gathered, said the Pope, but “if there is no desire for fraternity, the mission cannot advance.”

He recalled the story of a missionary who went with a confrere to an African nation. The missionary got separated from his confrere and put in place a whole series of building projects. After a while, the missionary realized he had turned into a good entrepreneur, and decided to leave the projects to others and met back up with his confrere.

He then understood why Jesus had sent the disciples in pairs.

“The evangelizing mission is not based on personal activism, that is, on “doing”, but on the witness of brotherly love, even amid the difficulties that living together entails.”

Preparing the way with fraternity

Pope Francis concluded his Angelus address by inviting everyone to reflect on how we proclaim Jesus.

“Do we do so with a fraternal spirit and style, or in the manner of the world, with self-promotion, competitiveness and efficiency?”

And he prayed that the Blessed Virgin Mary might help all Christ’s disciples to “prepare the way for the Lord with the witness of fraternity.”