Pope at Angelus: ‘a true Christian chooses good over evil every day’

Pope at Angelus: ‘a true Christian chooses good over evil every day’ 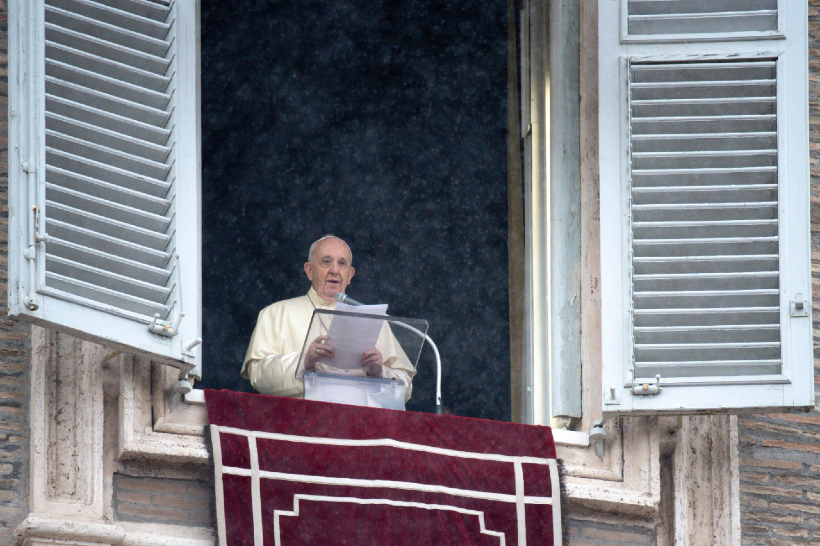 Pope Francis invites Christians to open themselves to God’s will and to put love for our brothers and sisters into action.

Pope Francis on Sunday reminded believers that Christian life is not made up of dreams or beautiful aspirations, but of concrete actions, the capacity to open ourselves to God’s will and to love our brothers and sisters.

The Pope was addressing the faithful gathered in St. Peter’s Square for the Angelus Prayer.

He took his cue from the Gospel reading (Mt 21: 28-32) that recounts the parable of two sons who are invited by their father to go and work in the vineyard. The first son impulsively responds “no”, but then he repents and goes. Instead, the second son, immediately replies “yes”, but does not do so.

“Obedience does not consist of saying “yes” or “no”, but of acting, of cultivating the vineyard, of bringing about the Kingdom of God,” he said.

Christianity is not an external facade

This parable, the Pope explained, teaches us that the Lord asks us to go beyond a religion that is made up of external and habitual practice which does not affect people’s lives and attitudes.

He went on say that the exponents of this “façade” of religiosity, of which Jesus disapproves, are “the chief priests and the elders of the people”, who, according to the Lord’s admonition, will be preceded in the Kingdom of God by “tax collectors and prostitutes.”

This does not mean, he continued, that  Jesus indicates publicans – sinners – and prostitutes as models of life, but as “privileged of Grace”, which “God offers to anyone who opens up and converts to Him.”

“Indeed, these people, listening to his preaching, repented and changed their lives,” he said.

The Pope assured the faithful that while God asks us to convert, He is patient with us: “ He does not tire, He does not desist after our “no”; He leaves us free even to distance ourselves from Him and to make mistakes. But He anxiously awaits our “yes”, so as to welcome us anew in His fatherly arms and to fill us with His boundless mercy.”

Quoting from Luke he said those who convert to this choice, will be the first to find place in the Kingdom of heaven, “where there is greater joy for a single sinner who converts than for ninety-nine righteous people.”

The grace of conversion

The Pope also pointed out that  conversion is a painful process “of purification from moral encrustations.” It is a path, he added, in which there is renunciation and sacrifice.

Today’s Gospel passage, he said, calls into question the way of living a Christian life that must consist of concrete actions and commitments and love for the other.

Pope Francis concluded invoking the Most Holy Mary to help us to be docile to the actions of the Holy Spirit “who melts the hardness of hearts and disposes them to repentance so we may obtain the life and salvation promised by Jesus.”