Pope at Angelus: Do not forget about joy

Pope at Angelus: Do not forget about joy 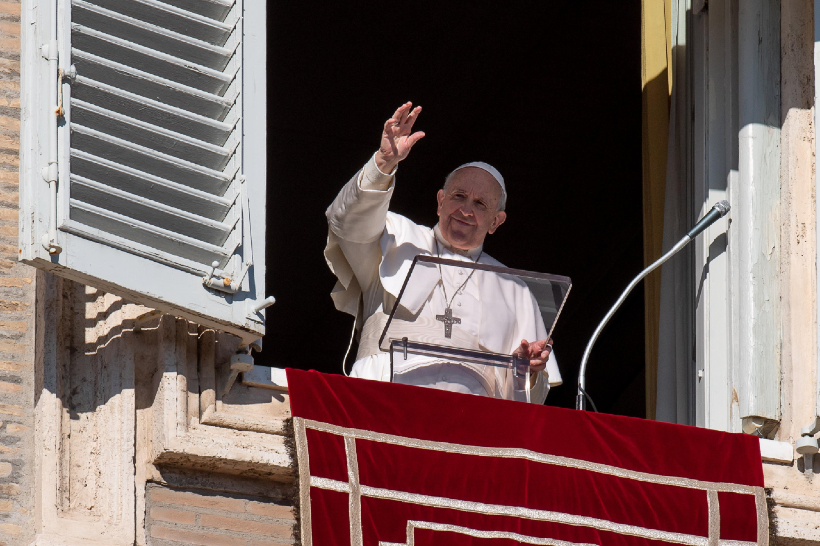 During his Sunday Angelus, Pope Francis speaks of John the Baptist: a “leader of his time,” who lived the expectation and joy of seeing the Messiah arrive without ever drawing attention to himself but directing it toward Christ, the true light.

For those who believe, the season of Advent is filled with a joyful sense of expectation, “somewhat like when we await the visit of a person we love a great deal”. Addressing the faithful gathered in St Peter’s Square, Pope Francis stressed that “this dimension of joy emerges even more” on this day, the Third Sunday of Advent, which opens with Saint Paul’s exhortation: “Rejoice in the Lord always”. The Pope explained that this excitement is caused by our closeness to the Lord. “The closer the Lord is to us, the more joy we feel; the farther away he is, the more sadness we feel”, he said.

Turning to the Gospel of the day, Pope Francis noted that Evangelist introduces John the Baptist “in a solemn way”. He is the first witness of Jesus, excluding Mary and Joseph, said the Pope. He noted that John was a leader in his time but that “he did not surrender even for an instant to the temptation to draw attention to himself: he always oriented himself toward the One who was to come.”

Pope Francis went on to note that this is the “first condition of Christian joy”: to decentralize from oneself and place Jesus at the centre. “This is not alienation” he explained, because Jesus is effectively the centre; He is the light that gives full meaning to the life of every man and woman who comes into this world, said the Pope.

The Pope noted that “John the Baptist undertook a long journey to come to bear witness to Jesus”. The journey of joy is not a walk in the park, continued the Pope. “John left everything, in his youth, to put God in first place, to listen to His Word with all his heart and all his strength. He withdrew into the desert, stripping himself of all things superfluous, in order to be freer to follow the wind of the Holy Spirit”, said the Pope.

A model for those called to proclaim christ

Of course, Pope Francis said, some of John the Baptist’s personality traits are unique; “they cannot be recommended for everyone”. But his witness is paradigmatic for whoever wishes to seek the meaning of his or her life and find true joy. “In particular, the Baptist is  a model for those in the Church who are called to proclaim Christ to others: they are able to do so only by detaching from themselves and from worldliness, by not attracting people to themselves but directing them toward Jesus”, added the Pope.

Finally, Pope Francis invited the faithul to join him in praying the Angelus prayer, so as to see “all of this fully realized in the Virgin Mary” who “silently awaited God’s Word of salvation; she welcomed it; she listened to it; she conceived it. In her, God became close. This is why the Church calls Mary ‘Cause of our joy'”.