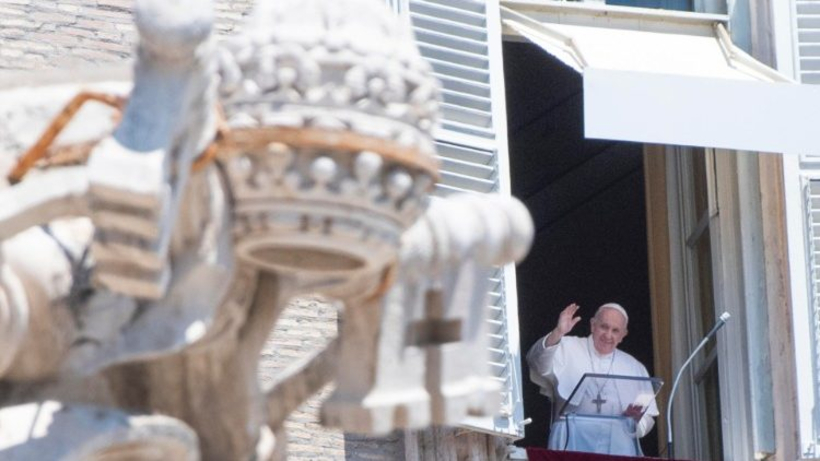 Pope Francis reflects on the day’s Gospel reading during the Sunday Angelus, describing the Parable of the Sower as the “mother” of all parables.

During Sunday’s Angelus, from the window of his studio above St Peter’s Square, Pope Francis drew inspiration from the Gospel of the day, in which Jesus recounts to a crowd the Parable of the Sower.

Calling it a little like the ‘mother’ of all parables, because it speaks about listening to the Word, it tells the story of a sower who casts seed over four different types of terrain.

Receiving The Word of God

Pope Francis noted that there are many ways to receive the Word of God. “We may do so”, he said, “like a path, where birds immediately come and eat the seeds.”

This is “distraction”, he warned, and a “great danger of our time”.

The Pope continued, “Beset by lots of small talk, by many ideologies, by continuous opportunities to be distracted inside and outside the home, we can lose our zest for silence, for reflection, for dialogue with the Lord, such that we risk losing our faith.”

Another way to receive Word of God, he highlighted, is “from rocky ground, with little soil.”

“There the seeds spring up quickly, but they soon wither away, because they are unable to sink roots to any depth”, he said. “This is the image of momentary enthusiasm, though it remains superficial; it does not assimilate the Word of God. In this way, at the first difficulty, discomfort or disturbance of life, that still-feeble faith dissolves, as the seed withers that falls among the rocks.”

We may also receive the Word of God “like ground where thorny bushes grow”, the Pope emphasized.

The thorns, he described as “the deceit of wealth, of success, of worldly concerns…. There, the word becomes choked, dies or does not bear fruit.”

Lastly, he pointed out, “we may receive it like good soil. Here, and only here the seed takes root and bears fruit.”

This parable, stressed Pope Francis, reminds us that the Word of God is a seed which in itself is fruitful and effective; and God scatters it everywhere.”