Pope at Angelus: God expects fruit from those He sends to work

Pope at Angelus: God expects fruit from those He sends to work 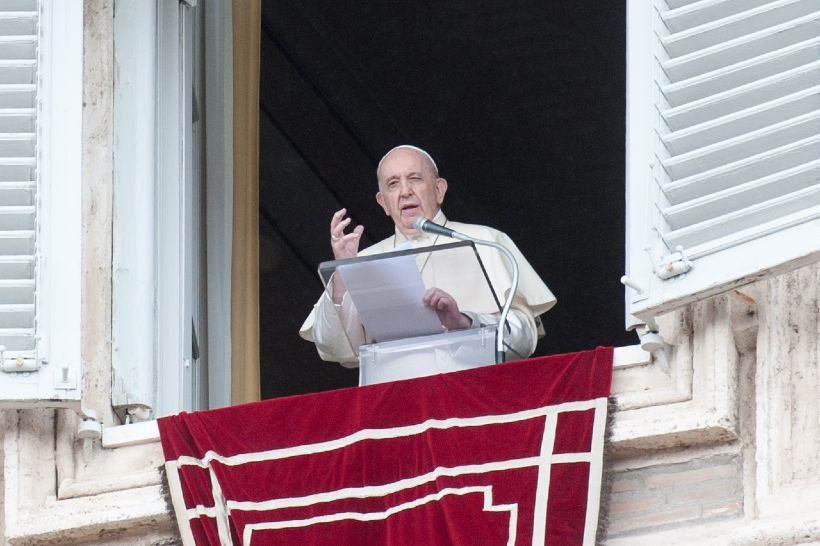 Pope Francis reflects on the Gospel of the Day, stressing that even today, God expects the fruits of His vineyard. (Playback included.)

Speaking to the crowd gathered in St. Peter’s Square, the Pope reflected on the parable of the wicked vinedressers in the Gospel of the day (Mt 21:33-43).

Pope Francis revises Jesus’ parable, which describes a landowner who departs and leaves his vineyard in the hands of tenants. At harvest time he sends some servants to collect the fruit; but the vinedressers welcome the servants with a beating and some even kill them. The master sends other servants, more numerous, but they receive the same treatment. The peak is reached when the landowner decides to send his son: “the vine growers have no respect for him, on the contrary, they think that by eliminating him they can take over the vineyard, and so they kill him too”.

Explanation of the parable

The Pope explained that the vineyard represents the people chosen by the Lord; the servants are the prophets, sent by God; and the son is Jesus. “Just as the prophets were rejected, Jesus too was rejected and killed”, said the Pope.

At the end of the story, Jesus asks the leaders of the people, “When the owner of the vineyard comes, what will he do to those tenants?”. The landowner, they say, will severely punish those wicked people and entrust the vineyard “to other tenants who will deliver the produce to him at the proper time”.

Pope Francis said that with this “very harsh” parable, “Jesus confronts his interlocutors with their responsibility, and He does so with extreme clarity”. This admonition, he says, “applies to all times”. Even today, he continues, God awaits the fruits of His vineyard from those He has sent to work in it.

“In any age, those who have authority among God’s people may be tempted to do their own work instead of that of God Himself”, said the Pope. But the vineyard is the Lord’s, not ours. Authority, the Pope said, is a service, and, as such, should be exercised for everyone’s good and for the dissemination of the Gospel.