Pope at Angelus: God prepares His wedding banquet for everyone

Pope at Angelus: God prepares His wedding banquet for everyone 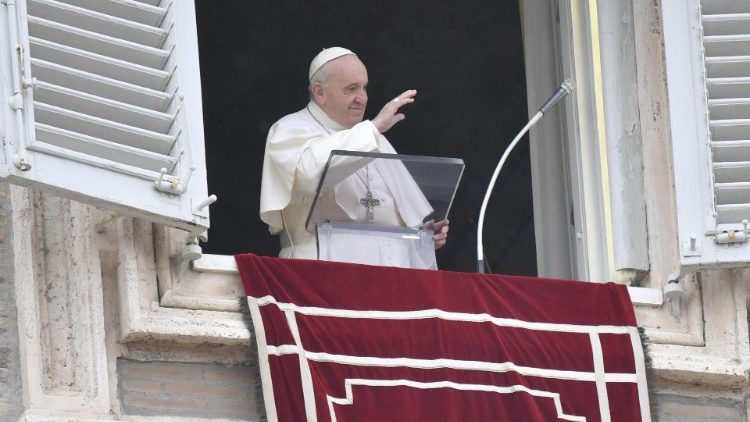 At the Angelus prayer on Sunday, Pope Francis says it is not enough to accept the invitation to the Lord’s wedding banquet, it also entails being “open to a journey of conversion, which changes the heart.”

In his address to pilgrims gathered in St. Peter’s Square for the recitation of the Angelus, Pope Francis reflected on God’s plan of salvation for humanity.

In the day’s Gospel reading (Mt 22:1-14), Jesus recounts a parable in which a king hosts a marriage feast for his son.

Pope Francis said the parable is an image of the Father’s generosity and extravagant love for humanity.

However, he said, many of the originally-invited guests refuse to show up for the feast. “So often we too put our interests and material things ahead of the Lord who calls us.”

The king, continued the Pope, persists in his desire to share the gifts of his kingdom, ordering his servants to go to the “limits of the roads” to invite whomever they find.

“This is how God reacts: when He is rejected, rather than giving up, He starts over and asks that all those found at the thoroughfares be called, excluding no one.”

Preaching in the peripheries

Pope Francis went on to reflect on the term the evangelist Matthew uses for the “limits of the roads”.

He said the Greek phrase indicates “those points at which the city streets end and the paths begin that lead to the area of the countryside, outside the residential area, where life is precarious.”

It is precisely these people on the peripheries who are excluded from society, added the Pope, which the king invites to his banquet.

“The Church is called to reach the daily thoroughfares, that is, the geographic and existential peripheries of humanity, those places at the margins, those situations in which those who have set up camp are found where and hopeless remnants of humanity live.”

The Holy Father said we are called to not rest on our laurels in the task of evangelization and charity. Rather, we must open the doors of our hearts and communities to share the Gospel with everyone, even those on the margins of society.

God, he said, “prepares His banquet for everyone: the just and sinners, good and bad, intelligent and uneducated.”

Accepting our ‘garment of mercy’

But, said Pope Francis, Jesus imposes one condition on those attending the feast: they must wear the wedding garment which they received upon entering the banquet hall.

In Jesus’ parable, the king sees one man who had refused to wear the garment and has him thrown outside.

“The wedding garment,” said the Pope, “symbolizes the mercy that God freely gives us… It is not enough to accept the invitation to follow the Lord; one must be open to a journey of conversion, which changes the heart.”

God, he added, constantly offers us a “garment of mercy”, which is grace. “And it demands to be welcomed with astonishment and joy.”

Going beyond our narrow views

Finally, Pope Francis prayed that the Blessed Virgin Mary might help us to emerge “from our frameworks and from our narrow views, proclaiming to everyone that the Lord invites us to his banquet, in order to offer us his saving grace.”