Pope at Angelus: Have no fear, for the Father cares for us

Pope at Angelus: Have no fear, for the Father cares for us 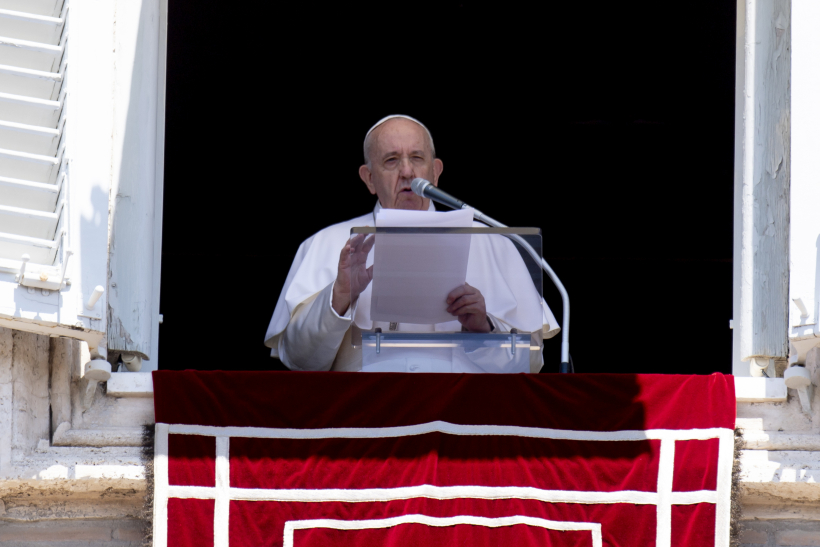 Pope Francis invites Christian disciples to “have no fear” in the face of hostility, persecution, and even the feeling of being abandoned by God.

In his reflection on Sunday’s Gospel, Pope Francis said that Jesus’s invitation to the disciples, to have no fear, resonates: Jesus, he said, “persistently exhorts them to ‘have no fear,’ and describes three tangible situations” they would face.

The first is the hostility “of those who would stifle the Word of God, by sugar-coating it or by silencing those who proclaim it.” Jesus encourages the disciples to spread the Word “openly” and “publicly.”

The disciples will also face direct, violent persecution, Jesus warns. “This prophecy is realized in every age,” Pope Francis said, noting the many Christians persecuted throughout the world, even today. “If they suffer for the Gospel and with love, they are the martyrs of our day,” he said. But “there is no need to be frightened of those who seek to extinguish evangelizing power with arrogance and violence,” the Pope continued. “The only fear that a disciple should have is to lose the divine gift, to stop living according to the Gospel, thereby acquiring moral death, the effect of sin.”

Finally, Pope Francis said, sometimes disciples might experience the sensation “that God Himself has abandoned them.” Even in this situation, he said, we should not fear, knowing that “the life of disciples lies firmly in the hands of God, Who loves us and looks after us… The Father takes care of us, because our value is great in His eyes.” The Pope said, “What is important is the frankness of our witness of faith… the condition of salvation, of eternal life with Him in Paradise.”

The Holy Father concluded his reflection with the prayer that “Mary Most Holy, model of trust and abandonment in God in the hour of adversity and danger, [might] help us never to surrender to despair, but rather always to entrust ourselves to Him and to His grace, which is more powerful than evil.”