Pope at Angelus: Salvation is a gift, not a bargaining chip

Pope at Angelus: Salvation is a gift, not a bargaining chip 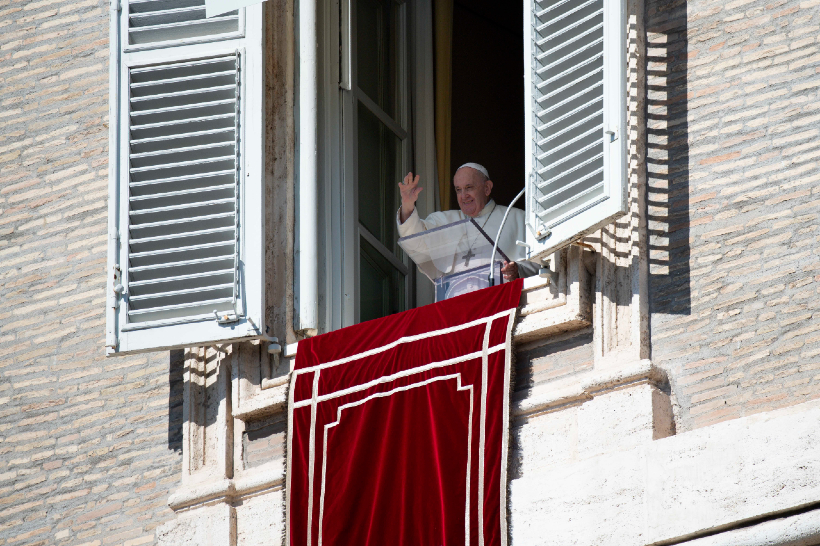 Pope Francis tells the faithful that Christian life is a gift, based not on our abilities and our plans, but on God’s loving gaze.

Reflecting on the Gospel readings of the day, Pope Francis invited all Christians to say “yes” to God and savour the beauty of making life a gift.

Speaking during the Sunday Angelus in St. Peter’s Square, he recollected the encounter between Jesus and a man who “had great possessions” (Mk 10:22), and who went down in history as “the rich young man,” and said that the Gospel of Mark suggests that we can all see ourselves in this man and that his encounter with Jesus allows us to test our faith.

Noting the man’s attitude that shows he lives his religiosity as a duty – something that needs doing in order to obtain salvation – the Pope explained that there is no commercial relationship with God based on a “must-do-obtain” ritual: “It is a question of freedom and love.”

“Here is a first test: what is faith for me? If it is mainly a duty or a bargaining chip, we are off track, because salvation is a gift and not a duty, it is free and cannot be bought,” he said.

The true face of God

In the second step, the Pope continued, Jesus helps this man by offering him the true face of God.

“Indeed, the text says, “Jesus looking upon him loved him,” he explained, saying that faith is born not from duty but from a look of love to be welcomed.

“In this way, Christian life becomes beautiful, if it is based not on our abilities and our plans, but on God’s gaze. Is your faith tired and do you want to reinvigorate it? Look for God’s gaze: sit in adoration, allow yourself to be forgiven in Confession, stand before the Crucified One. In short, let yourself be loved by him,” he said.

The third and final step, Pope Francis continued, is to ask yourselves whether we are living our faith according to the Christian “yes” of love.

Faith, he said cannot be limited to a series of precepts but must translate into a life of giving and gratuitousness.

“A faith without giving, without gratuitousness, without works of charity, makes us sad in the end,” he said, inviting believers to ask themselves: “At what point is my faith? Do I experience it as something mechanical, like a relationship of duty or interest with God? Do I remember to nourish it by letting myself be looked at and loved by Jesus? And, attracted by him, do I respond freely?

And he concluded upholding the Virgin Mary, “who said a total yes to God, a yes without but,” and said: “Let us savour the beauty of making life a gift.”

After praying the Angelus together with the pilgrims present in St. Peter’s Square, Pope Francis recalled the proclamation on Saturday of two new Blesseds: Maria Lorenza Longo and Don Francesco Mottola.

Announcing the news with joy, the Pope said the Blessed Maria Lorenza Longo, who was beatified in Naples, was a 16th-century wife and mother. After she was widowed, she founded a hospital for the terminally ill. The Pope said she was “a woman of great faith and intense prayer life, and did all she could for the needs of the poor and the suffering.”

Pope Francis also remembered the beatification of Don Francesco Mottola in the southern Italian region of Calabria. He said he was the founder of the Oblates of the Sacred Heart. Don Mottola, who died in 1969, was “a zealous pastor and tireless proclaimer of the Gospel; an exemplary witness of a priesthood lived in charity and contemplation.”

“I would like to remember our brothers and sisters suffering from mental disorders, and also victims of suicide, who are often young,” he said.

And he asked for prayers for those affected by these issues and for their families, “that they may not be left alone or discriminated against, but welcomed and supported.”