Pope at Angelus: We must use our gifts for good

Pope at Angelus: We must use our gifts for good 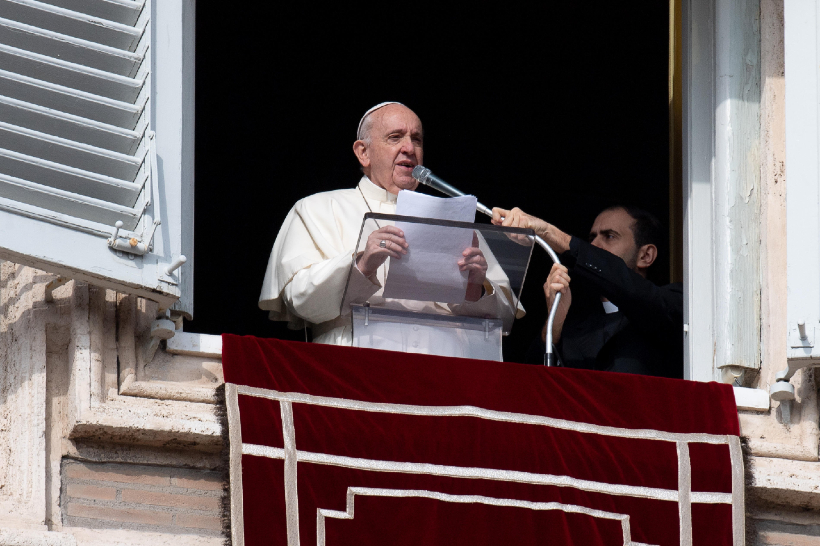 Pope Francis reflects on the Parable of the Talents at the Angelus on Sunday, saying God will reward “those who have used their gifts to do good.”

On the penultimate Sunday of the liturgical year, Pope Francis reflected on the Parable of the Talents in St Matthew’s Gospel.

Jesus shares this parable in His discourse on the end times, immediately before His Passion, death, and resurrection.

To each according to their ability

The parable describes three servants entrusted with large sums of money by their master, who goes away on a journey. In the parable, Pope Francis noted, the master gives to each of the servants “according to their ability.”

“The Lord does so with all of us,” the Pope explained. God “knows us well. He knows we are not all equal and does not wish to favour any one to the detriment of others, but He entrusts capital to each one according to his or her abilities.”

When the master returns and the servants are called to give an account of the money entrusted to them, two present “the good fruits of their efforts,” and are praised by the master. The third, however, who had hidden his talent, is condemned by the master and cast out of his household.

Using our gifts for good

“This parable,” the Pope said, “applies to everyone but, as always, to Christians in particular.”

He added that it is particularly relevant today, on the World Day of the Poor, when the Church urges everyone to stretch forth our hands to the poor.

We are all given different abilities – and “these gifts need to be used to do good in this life, as a service to God and to our brothers and sisters.”

Pay attention to the poor

Speaking off-the-cuff, Pope Francis urged everyone to look at the poor, of which there are many.

“There is so much hunger, even in the heart of our cities,” he said. “Often we enter into a mindset of indifference: the poor person is there but we look the other way.” Instead, he said, “stretch forth your hand to the poor: He is Christ.”

Jesus, added the Pope, taught us to speak to the poor. He came for the poor.”

Once again, Pope Francis pointed to the Blessed Virgin Mary as an example for all of us. She “received a great gift, Jesus Himself, but she did not keep Him to herself. She gave Him to the world,” he said.

“May we learn from her to stretch forth our hands to the poor,” he concluded.