Pope at Audience: Believing in Jesus means following Him

Pope at Audience: Believing in Jesus means following Him 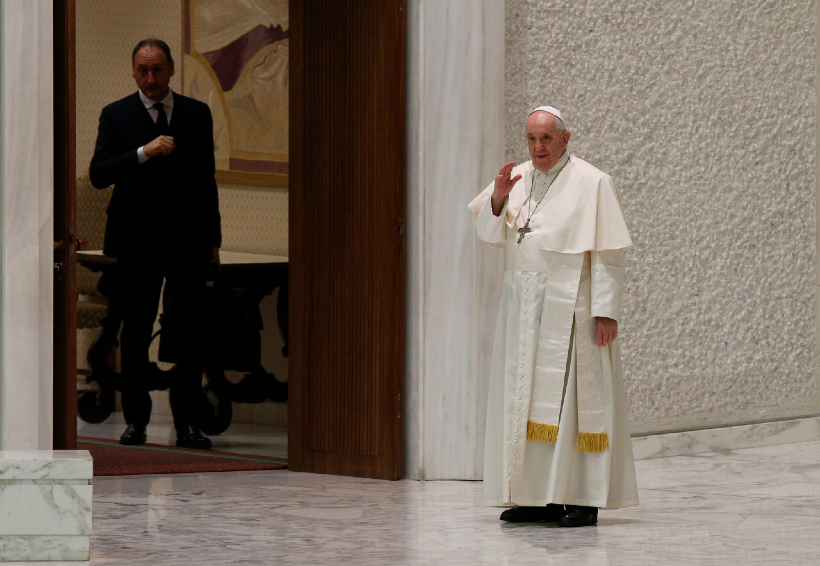 Continuing his catechesis on St Paul’s Letter to the Galatians, Pope Francis explains what it means “to walk in the Spirit.”

“To believe in Jesus means to follow Him,” Pope Francis said at Wednesday’s General Audience, adding, “At the same time, it means avoiding the opposite way, that of selfishness, of seeking one’s own interest.”

The Holy Father, continuing his catechesis on the Letter to the Galatians, reflected on St Paul’s exhortation to “walk in the Spirit.” The Holy Spirit, he said, is our guide on our “journey along the way of Christ,” – a “stupendous, but difficult journey, that begins in Baptism and lasts our whole life.”

Walking according to the Spirit

Following the path of Jesus, he said, leads Christians to “a positive vision of life,” that does not deny the evils and difficulties seen in life, but means instead “that belief in God is always stronger than our resistance and greater than our sins.”

St Paul, the Pope said, includes himself when he invites the Galatians “to walk in the Spirit.” “Even though he knows that Christ lives in him,” St Paul “is also convinced that he has not yet reached the goal.” Pope Francis explains that Paul “does not place himself above his community, but places himself in the midst of the journey that everyone is on, in order to provide a concrete example of how necessary it is to obey God, corresponding more and more to the Spirit’s guidance.”

Pope Francis emphasised that walking according to the Spirit involves us not only as individuals, but also as a community. It is easy, he said, to try to live up to the “exciting, but demanding” call to follow Jesus by having recourse to rigid precepts. But this, he said, “means straying from the path of freedom.” Instead, “journeying along the way of the Spirit requires space to grace and charity.”

The supreme rule of love

In particular, the Pope said, we can often be tempted to judge others if they make a mistake or fall away from the path of Jesus. Pope Francis encouraged the faithful to examine our own lives when we are tempted to judge others. If we do feel the need to correct others, he said, we should do so with gentleness and humility. “In addition to giving us the gift of gentleness,” he said, “the Holy Spirit invites us to be in solidarity, to bear others burdens.” The Pope insisted, “the supreme rule regarding fraternal correction is love: to desire the good of our brothers and sisters.”

Pope Francis concluded his audience by encouraging us “to walk along this path with joy and patience, allowing ourselves to be guided by the Holy Spirit.”