Pope at Audience: Evangelization requires us to follow unexpected paths

Pope at Audience: Evangelization requires us to follow unexpected paths 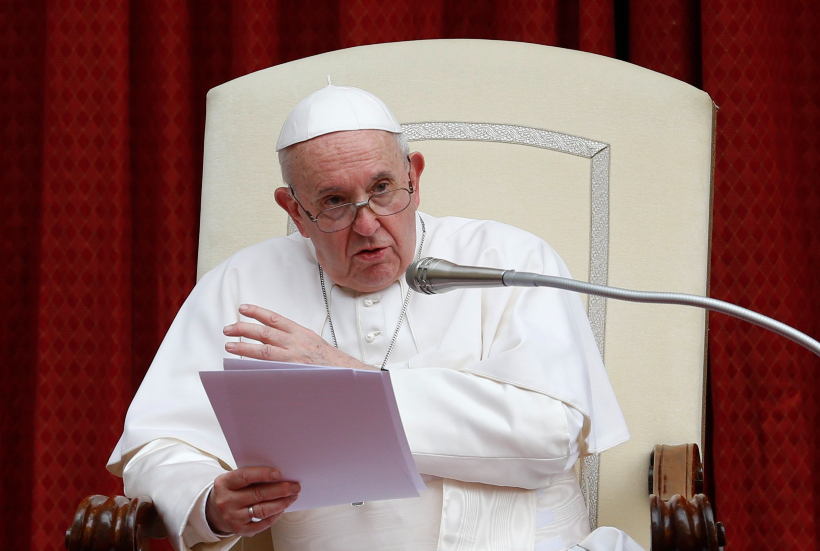 At the General Audience on Wednesday, Pope Francis starts a new cycle of catechesis on themes from St. Paul’s Letter to the Galatians, highlighting the problems faced by the Christian communities in Galatia.

Pope Francis began a new cycle of catechesis at the General Audience on Wednesday, dedicated to themes proposed by Apostle Paul in his Letter to the Galatians.

In the Epistle, noted the Pope, St. Paul makes many biographical references that allow us to understand his conversion and his decision to place his life at the service of Christ. He also touches on important subjects such as freedom, grace, and the Christian way of life – topics that “touch on many aspects of the life of the Church in our times.”

The Holy Father highlighted that it is an important and decisive letter, not only for getting to know St. Paul better, but above all, for showing the beauty of the Gospel.

The first feature from the Letter to the Galatians, the Pope pointed out, is the “great work of evangelization” by the Apostle who visited its communities at least twice during his missionary journeys.

Providing some context to the Letter, Pope Francis explained that though it is uncertain which geographical area Paul was referring to, or the date that he wrote the letter, the Galatians were an ancient Celtic population who settled in the extensive region of Anatolia, with Ancyra as its capital (present-day Ankara in Turkey).

In this region, St. Paul relates that he was obliged to stay due to illness, the Pope said. However, St. Luke, in the Acts of the Apostles, provides a spiritual motivation, noting that “they went through the region of Phry’gia and Galatia, having been forbidden by the Holy Spirit to speak the Word in Asia” (Acts 16:6).

Explaining further, the Holy Father said that these two facts are not contradictory as they indicate that “the path of evangelization does not always depend on our will and plans, but requires a willingness to allow ourselves to be shaped and to follow other paths that were not foreseen.”

“What we do see,” continued the Pope, “is that in his indefatigable work of evangelization, the Apostle succeeded in founding several small communities scattered throughout the region of Galatia.”

Pope Francis went on to highlight Paul’s pastoral concern, when, after founding the Churches, he discovered that some Christians who had come from Judaism had started to sow theories contrary to his teaching.

These Christians argued that even the Gentiles had to be circumcised according to the Mosaic Law, and, by implication, the Galatians would have to renounce their cultural identity in order to submit to the norms and customs of the Jews. On top of that, these adversaries of Paul claimed that Paul was not a true apostle and therefore had no authority to preach the Gospel.

Pope Francis noted the uncertainty that filled the hearts of the Galatians in the midst of this crisis, especially since they had come to know and believe that the salvation brought about by Jesus was the beginning of a new life, in spite of their history that was interwoven with slavery, including that which subjected them to the emperor of Rome.

Not far removed from today

Bringing the situation into the present day, Pope Francis remarked the presence of preachers who, especially through the new means of communication, present themselves as “keepers of the truth” on the best way to be Christians, instead of announcing the Gospel of Christ.

He lamented that these preachers strongly affirm that the true Christianity is the one that they adhere to – a Christianity that is often identified with the past – and proffer as a solution to the crises of today, a return to the past “so as not to lose the genuineness of the faith.”

Today too, as then, the Pope added, “there is a temptation to close oneself up in some of the certainties acquired in past traditions.”

Pointing out that the teaching of Apostle Paul in his Letter to the Galatians “will help us to understand which path to follow,” the Holy Father underlined that it is the “liberating and ever-new path of Jesus, Crucified and Risen.”

“It is the path of proclamation, which is achieved through humility and fraternity; it is the path of meek and obedient trust, in the certainty that the Holy Spirit works in the Church in every age,” the Pope said.