Pope at Audience: There is only one Gospel

Pope at Audience: There is only one Gospel 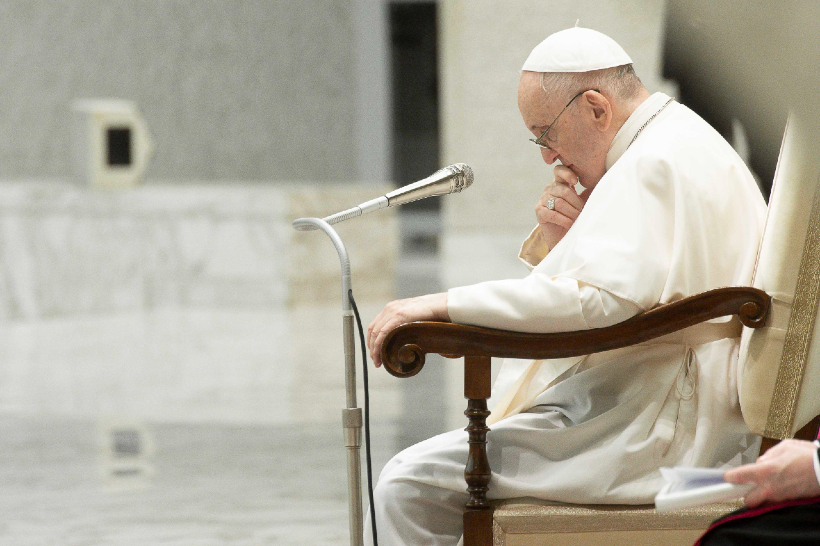 Pope Francis continued his catechesis on St Paul’s Letter to the Galatians at the General Audience, which resumed on Wednesday following the summer break.

“When it comes to the Gospel and to the mission to evangelize, Paul is enthusiastic,” said Pope Francis at Wednesday’s General Audience. “Everything in him is dedicated to this proclamation, and has no interest other than the Gospel.”

Headed down a wrong path

The Holy Father is continuing his catechesis on St Paul’s Letter to the Galatians.

Resuming his Audiences after the summer break, Pope Francis noted the sadness and disappointment Paul felt at seeing the Galatians taking a “wrong path, which would lead them to a point of no return.”

For Paul, he said, the Gospel came down to four points: Christ died for our sins… was buried… rose from the dead… and appeared to the disciple. “This Gospel is the fulfilment of the promises and the salvation offered to all men.”

But the Galatians were in danger of turning away from the Gospel, following new preachers who threatened to “distort the true Gospel” by “preventing them from attaining the freedom gained by coming to faith.” These preachers of novelty wanted to impose on them the obligation to follow the Mosaic law.

For St Paul, however, there can be no other Gospel than that which he received from Christ, the Pope said. So “we can understand why Paul uses very harsh terms,” insisting on the need to keep far from the community that which threatens it foundations.

Although the preachers of novelty seemed to be animated by good intentions, “seem to be inspired by fidelity to the tradition received from the fathers,” they did not hesitate to cast suspicions even on St Paul, who they “considered unorthodox with regard to tradition.”

Paul, however, knows that the Gospel he preached “is the only authentic one, because it is that of Jesus Christ.” He “sees the great risk facing the young Christians.”

Pope Francis made it clear that, “in this labyrinth of good intentions, it is necessary to extricate oneself in order to grasp the supreme truth that is most consistent with the Person and preaching of Jesus and His revelation of the Father’s love.”