Pope at Audience: Your prayers are being heard, do not give up

Pope at Audience: Your prayers are being heard, do not give up 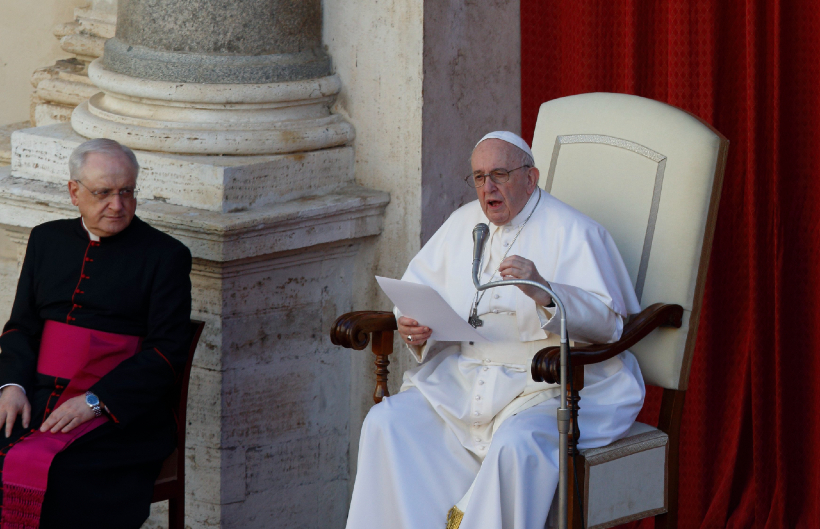 Pope Francis continues his cycle of catechesis dedicated to Christian prayer during his Wednesday General Audience, reflecting on how at times it would seem that prayers are not responded to, but that no matter how long it takes, they are always heard.

“There is a radical objection to prayer, which derives from an observation that we all make: we pray, we ask, and yet sometimes our prayers seem to go unheard: what we have asked for – for ourselves or for others – is not fulfilled”, Pope Francis told the faithful at the Wednesday General Audience which was streamed live from the Vatican’s Courtyard of St. Damasus.

He noted that “if the reason for which we prayed was noble (such as intercession for the health of a sick person, or for the end of a war), the non-fulfilment seems scandalous”. “If God is Father, why does He not listen to us? He who has assured us that He gives good things to the children who ask Him for them why does He not respond to our requests?”, asked the Pope.

The answer, in catechism

The Pope went on to note that the Catechism offers us a good summary of the matter. He explained that “it puts us on guard against the risk of not living an authentic experience of faith, but of transforming the relationship with God into something magical”. When we pray, stressed the Pope, “we can give in to the risk of not being the ones to serve God, but of expecting Him to serve us”.

The Pope then went on to say that “the Apostle Paul reminds us that we do not even know what it is appropriate to ask for”. What we do know, however, when we pray, is that “we need to be humble, so that our words are actually prayers and not just idle talk that God rejects”.

When people pray with a sincere heart, when they ask for things that correspond to the Kingdom of God, when a mother prays for her sick child, “why does it sometimes seem that God does not listen?”, asked the Pope. He noted that to answer this question, we need to meditate calmly on the Gospels. The accounts of Jesus’ life are full of prayers and “all are prayers imbued with suffering. It is an immense choir that invokes: ‘Have mercy on us!'”, said the Pope.

The Pope went on to note that Jesus’ response is at times immediate, “whereas in some other cases it is delayed”. On some occasions, the solution to the problem is not immediate, noted the Pope.

Finally, Pope Francis pointed out that the prayer that Jesus addresses to the Father in Gethsemane also seems to go unheard.” The Son must drink fully from the chalice of the passion”. But, noted the Pope, Holy Saturday is not the final chapter, because on the third day there is the Resurrection: “evil is lord of the penultimate day, but never the last. Because that belongs to God alone, and it is the day when all human longings for salvation will be fulfilled”.