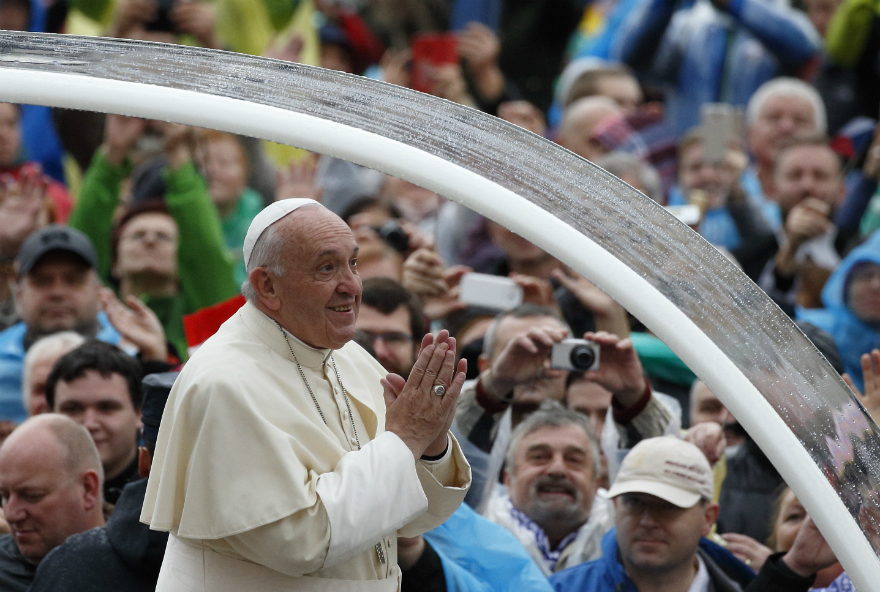 Pope Francis, in his continuing catechesis on the Acts of the Apostles, recalls St Paul’s journey to Corinth and his encounter with a devout married couple, Aquila and Priscilla, describing them as an example of Christian hospitality.

Pope Francis on Wednesday during his General Audience focused his attention on St Paul’s journey to Corinth, and the welcome he received from husband and wife Aquila and Priscilla, who, like the Apostle, were tentmakers by trade.

Continuing his catechesis on the Acts of the Apostles, the Pope highlighted this devout married couple’s Christian hospitality.

He explained to the faithful gathered in St Peter’s Square that the couple had been forced to move from Rome to Corinth after the emperor Claudius had ordered the expulsion of the Jews. Dwelling on this point in off the cuff remarks, the Pontiff spoke of the suffering of Jewish people down through history. He said, they were “driven out, persecuted” and suffered many brutalities.

The Pontiff also underlined that the “habit of persecuting Jews is beginning “to be reborn here and there.” “The Jews are our brothers”, he said, and “they should not be persecuted.”

Returning to the theme of hospitality, the Pope noted how the house of Aquila and Priscilla in Corinth opened its doors not only to the Apostle, but also to their brothers and sisters in Christ.

Pope Francis described how St Paul speaks of the “‘community that gathers in their house’ which becomes a ‘house of the Church’, a ‘domus ecclesiae’, a place of listening to the Word of God and of celebrating the Eucharist.”

Even today, he stressed, in some countries where there is no religious freedom and no freedom for Christians, Christians gather in hiding to pray and celebrate the Eucharist.

The role of laity

The Pope pointed out that “among the many collaborators of Paul, Aquila and Priscilla, emerge as ‘models of a married life responsibly committed to the service of the entire Christian community’ and remind us that, thanks to the faith and commitment to the evangelization of so many lay people like them, Christianity has come down to us.”

Concluding his catechesis and quoting his predecessor Pope Emeritus Benedict XVI, Pope Francis, said that “Christianity from the beginning was preached by the laity. You too, the laity, are responsible for your Baptism to carry on the faith.”