Pope at Mass: Priestly ordination ‘a gift of service’

Pope at Mass: Priestly ordination ‘a gift of service’ 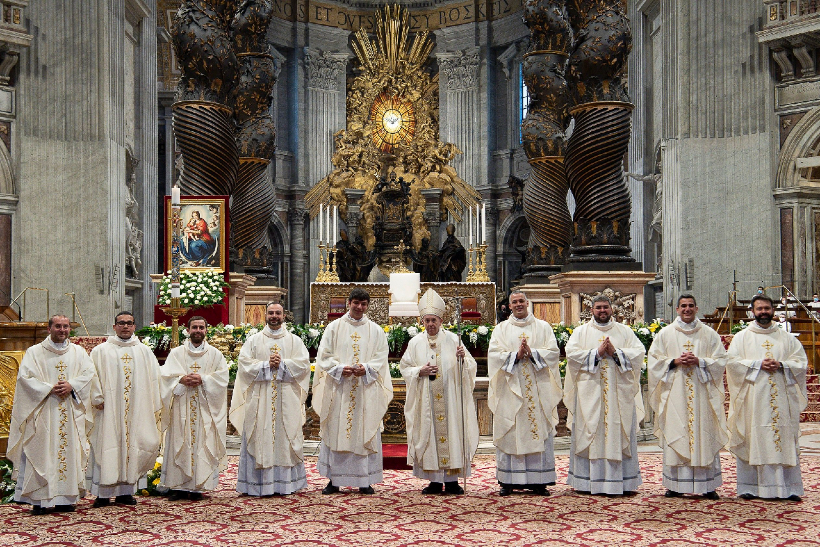 Pope Francis celebrates Mass on Good Shepherd Sunday, and ordains 9 men to the priesthood for the Diocese of Rome.

As the Church marks Good Shepherd Sunday, Pope Francis celebrated Mass in St. Peter’s Basilica with the Rite of Ordination of Priests.

In his homily, Pope Francis urged the nine men to focus their gaze always on Christ as they serve His people.

He said their ministry is an expression of Christ’s own office of Teacher, Priest, and Shepherd.

He added that their task is to “preach the Gospel, to shepherd God’s people, and to celebrate the sacred Liturgy, especially the Lord’s sacrifice.”

The Pope then stressed that in becoming priests “you will be like Him: a shepherd”. This, he continued “is not a career”, but “a service”.

All these, he continued, must be performed with “a style of compassion and tenderness”.

Be open to problems

“Don’t close your heart to problems” urged the Pope. He explained that it is so important to take time to listen to and console those who present themselves with problems. This is compassion, explained the Pope, “which leads to forgiveness, to mercy”. Please, urged the Pope, “be merciful, be forgiving, because God forgives everything, he does not get tired of forgiving”.

Say ‘no’ to vanity

Pope Francis then warned of the perils of vanity and “the pride of money”. The devil comes through your pockets, warned the Pope: “be poor, as poor are God’s holy faithful people”.

Bringing his homily to a close, Pope Francis recalled that these four forms of closeness are the “path to being shepherds” because “Jesus consoles shepherds, because He is the good shepherd”.

“Seek consolation in Jesus”, concluded the Pope, and “carry the crosses” in your lives. “Do not be afraid”, he said, “everything will be alright”.