Pope Francis: Becoming restless seekers of the Kingdom of Heaven

Pope Francis: Becoming restless seekers of the Kingdom of Heaven 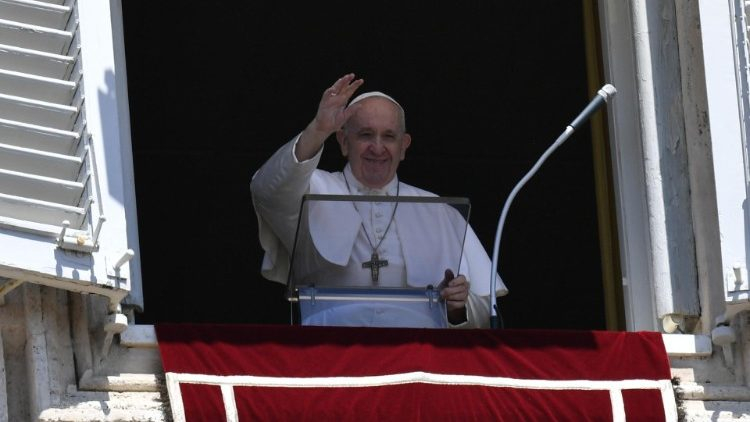 Pope Francis says we are called to become “healthily restless seekers of the Kingdom of Heaven,” as he reflects on the parables of the treasure hidden in the field and the pearl of great value during the Sunday Angelus.

At the Angelus on Sunday, Pope Francis reflected on two of the parables told by Jesus in the day’s Gospel: that of the treasure hidden in the field, and that of the pearl of great value.

In both parables, those who finds the “precious” items, that which is most dear to them, sell everything they have in order to obtain them. “With these two similes,” said Pope Francis, “Jesus proposes to involve us in the building of the Kingdom of Heaven, presenting one of its essential characteristics: Those who fully pledge themselves to the Kingdom are those who are willing to stake everything.”

Pope Francis said that the “decisive and radical” decision to give up everything to seek even more precious treasures shows that “the building of the Kingdom requires not only the grace of God, but also the active willingness of the human person.”

“We are called to assume the attitude of these Gospel figures,” Pope Francis continued, “so that we too may become healthily restless seekers of the Kingdom of Heaven.” As in the parables, this involves a cost: we must give up “worldly sureties” – such as “covetousness for possessions, the thirst for profit and power, and thinking only of ourselves” – which can hinder our search.Too often, said the Pope, people lead “mediocre and dull lives, because they do not go in search of real treasure.” Seeking after the Kingdom of Heaven, on the other hand, is the very “opposite of a dull life: it is a treasure that renews life every day and leads it to extend towards wider horizons.” Seekers after the Kingdom “have a creative and inquisitive heart” leading them to “new paths” for loving God, our neighbour, and ourselves.

The adventure of holiness

“Jesus, Who is the hidden treasure and the pearl of great value, cannot but inspire joy, all the joy in the world,” said Pope Francis: “the joy of discovering a meaning in life, the joy of committing oneself to the adventure of holiness.”

Pope Francis concluded his reflection with the prayer that the Blessed Virgin Mary “might help us to seek after the treasure of the Kingdom of Heaven every day, so that the love God has given us through Jesus may be manifested in our words and acts.”