Pope prays for innocent victims of hatred and terror

Pope prays for innocent victims of hatred and terror 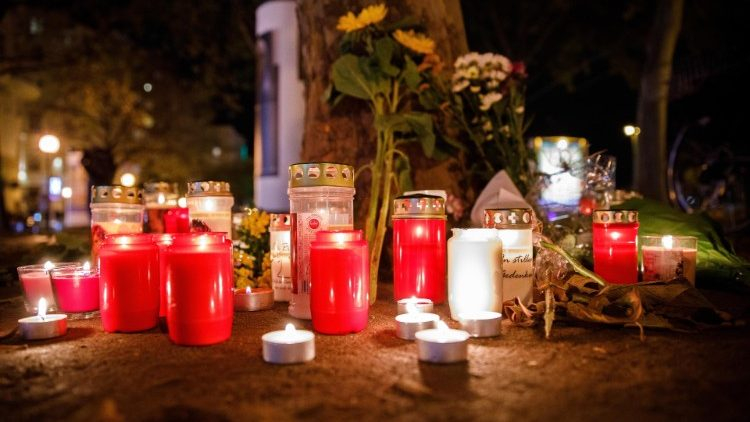 Pope Francis turns his thoughts and prayers to the victims of terror attacks that have bloodied European soil this week describing them as “deplorable acts that aim to compromise fraternal collaboration between religions”.

Pope Francis has called for prayers and remembrance for the innocent victims of terror attacks this week and deplored what he described as “an escalation of cruelty”.

Addressing Italian pilgrims during the weekly General Audience, the Pope said “In these days in which we pray for the deceased, let us remember the helpless victims of terrorism that has led to an escalation of cruelty that is spreading in Europe.”

He said he was referring in particular to the serious attack that took place in the southern French city of Nice inside a place of worship and to the attack on Monday evening in the streets of Vienna.

Three people died in a knife attack on 30 October inside the Basilica of Notre Dame in Nice, and four people were killed, close to the main Synagogue in Vienna on 2 November.

The Pope said these attacks have “caused dismay and outrage among the population and among those who care about peace and dialogue.”

He described these events as aiming to “compromise fraternal collaboration between religions through violence and hatred” and he entrusted to God’s mercy all those who have been tragically killed and expressed his spiritual closeness to their families and to all those who are suffering.