Pope speaks out for unaccompanied minors and Day Against Trafficking

Pope speaks out for unaccompanied minors and Day Against Trafficking 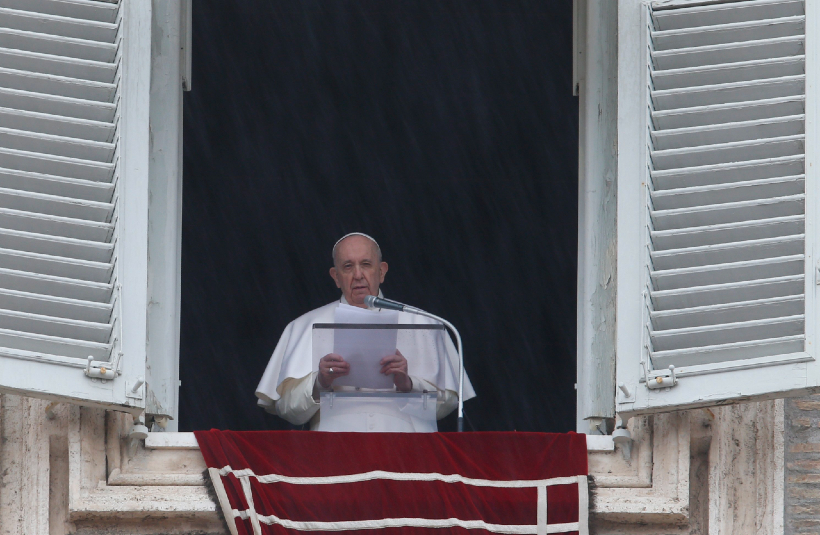 Pope Francis highlights the plight of thousands of unaccompanied minors whom he says are particularly vulnerable, asking authorities to show special attention to their needs. He also looks to the International Day of Prayer and Reflection Against Human Trafficking on Monday.

“I would like to make an appeal for unaccompanied migrant minors,” said Pope Francis after the Sunday Angelus prayer: “There are many of them!”

Speaking from the window of the Apostolic Palace, the Pope said “Sadly, among those who for various reasons are forced to leave their homeland, there are always dozens of children and young people alone, without their family and exposed to many dangers..”

He said that in these days the dramatic situation of the migrants who are on the “so-called Balkan route” has been brought to his attention, but he added “are some on all the ‘routes’.”

“Let’s ensure that these vulnerable children and adolescents, who are fragile and defenseless, do not lack   necessary care and preferential humanitarian channels,” he said.

The Western Balkan Route is one of the main migratory paths into Europe. Despite the fact that countries on the Balkan route officially ‘sealed’ their borders in recent years, thousands of migrants have reportedly arrived in Bihac and Velika Kladusa in northwestern Bosnia-Herzegovina, on the border with Croatia, in recent weeks. Their plight has been compounded by freezing winter weather conditions, the covid-19 emergency and a divided political stance of authorities to the detriment of the vulnerable migrants and asylum seekers.

World Day of Prayer and Reflection Against Trafficking in Persons

Pope Francis also looked ahead to the annual observance, on 8 February, of the World Day of Prayer and Reflection Against Trafficking in Persons.

“Tomorrow, the liturgical memorial of Saint Josephine Bakhita, a Sudanese woman religious who was familiar with the humiliations and sufferings of slavery,” he said noting that it is on her feast day that we celebrate the World Day of Prayer and Reflection Against Human Trafficking.

“This year the aim is to work for an economy that does not favour, even indirectly, this ignoble trafficking, that is, an economy that never makes men and women commodities, objects, but always the aim.,” he said.

“Let us ask Saint Bakhita to help us with this,” the Pope concluded.