Pope Francis celebrated the Mass of the Lord’s Supper on Holy Thursday evening, 24 March, at a reception centre for people seeking asylum [the Centro di Accoglienza per Richiedenti Asilo, or CARA] in Castelnuovo di Porto. Located just a short distance from Rome, the centre provides temporary lodging and services for nearly 900 asylum seekers from various countries. The following is a translation of the homily the Pope gave in Italian.

Actions speak louder than images and words. Acts…. There are, in this Word of God that we have read, two acts: Jesus who serves, who washes feed…. He, who was the “master”, washes the feet of others, his [disciples], of the least. An act. The second act: Judas who goes to Jesus’ enemies, to those who do not want peace with Jesus, in order to take the money for which he betrayed Him, 30 pieces of silver. Two acts. Today too, here, there are two acts: this one, all of us, together: Muslims, Hindus, Catholics, Copts, Evangelicals, but brothers and sisters, children of the same God, who want to live in peace, integrated. An act. Three days ago, an act of war, of destruction in a European city, by people who do not want to live in peace. But behind that act, as behind Judas, there were others. Behind Judas were those who paid money for Jesus to be delivered. Behind “that” act [in Brussels] are weapons producers and traffickers who want blood, not peace; who want war, not brotherhood.

Two parallel acts: on the one hand, Jesus washes the feet, while Judas sells Jesus for money; and on the other hand, you, we, everyone together, different religions, different cultures, but children of the same Father, brothers and sisters, while those unfortunate ones buy weapons to destroy brotherhood. Today, at this moment, as I perform the same act as Jesus by washing the feet of you twelve, we are all engaged in the act of brotherhood, and we are all saying: “We are divers, we are different, we have different cultures and religions, but we are brothers and sisters and we want to live in peace”. This is the act that I carry out with you. Each of us has a history on our shoulders, each of you has a history on your shoulders: so many crosses, so much pain, but also an open heart that wants brotherhood. Each one, in your own religious language, pray the Lord that this brotherhood infect the world, that there be no 30 pieces of silver to kill a brother, that there always be brotherhood and goodness. Let it be.

I now greet you one by one, with all my heart. I thank you for this encounter. Let us just remember and show that is is beautiful to live together as brothers and sisters, with different cultures, religions and traditions: we are all brothers and sisters! And this is called peace and love. Thank you. 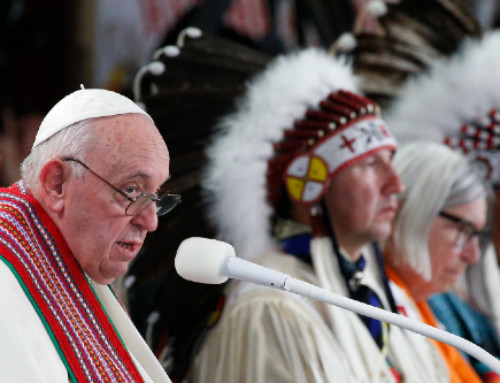 Pope: Indigenous Peoples and grandmothers are a precious treasure of the Church Gallery

Pope: Indigenous Peoples and grandmothers are a precious treasure of the Church 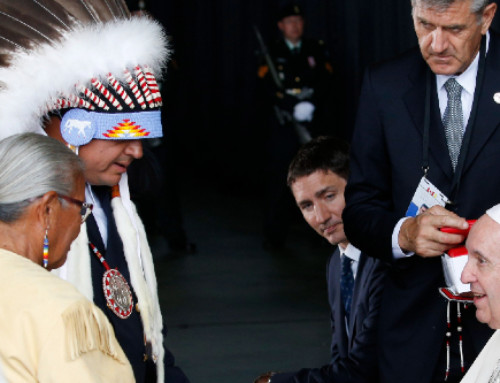 The ‘solemn purpose’ of the Pope’s penitential pilgrimage Gallery

The ‘solemn purpose’ of the Pope’s penitential pilgrimage

Pope at Palm Sunday Mass: With Jesus, it is never too late Gallery

Pope at Palm Sunday Mass: With Jesus, it is never too late 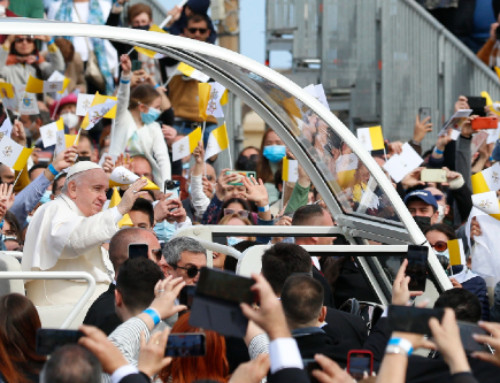 Pope at Mass in Malta: With Jesus, a new different life is always possible Gallery

Pope at Mass in Malta: With Jesus, a new different life is always possible