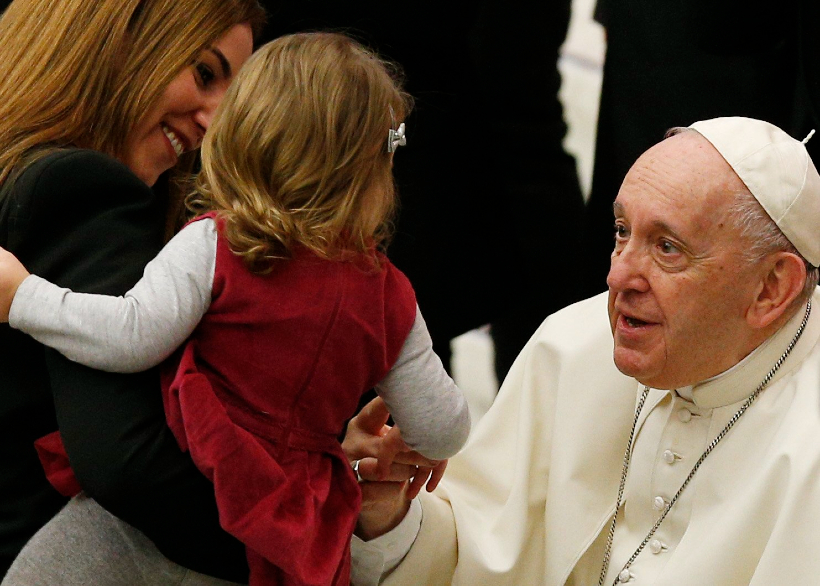 At the General Audience on Wednesday, Pope Francis offers a meditation on St Joseph as a “man who dreams,” and who knows how to discern the voice of God and act upon it.

Pope Francis focused his catechesis at the Wednesday General Audience on the dreams of St Joseph, showing how the example of Jesus’ foster father can help us to discern the voice of God.

The Holy Father noted that in the Bible, “dreams were considered a means by which God revealed Himself.”

Dreams, he said, symbolize “the spiritual life of each of us, that inner space that each of us is called to cultivate and guard, where God manifests Himself and often speaks to us.”

However, the Pope also warned of other voices within us, the voices of our own fears, experiences, hopes, as well as the voice of “the Evil one, who wants to deceive and confuse.” Therefore, he said, it is necessary to cultivate discernment, which allows us to recognize the voice of God among many others.

God shows us the right thing to do

Pope Francis reflected on each of the four dreams of Joseph recounted in the Gospels, beginning with the appearance of the angel in his sleep, who helped Joseph resolve the conflict that arose when he learned of Mary’s pregnancy.

Joseph immediately heeded the angel’s words and took Mary as his wife.

“Life often puts us in situations that we do not understand and that seem to have no solution. Praying in those moments means letting the Lord show us the right thing to do.”

In the second dream, Joseph is warned that the life of the child Jesus is in danger; and once again, Joseph promptly obeys God’s voice, fleeing with Jesus and Mary into Egypt.

Pope Francis said that when we experience dangers that threaten ourselves or our loved ones, “praying means listening to the voice that can give us the same courage as Joseph.”

While in exile, Joseph waited patiently for a sign from God that it was safe to return to his homeland. In the third dream, he learned that those who sought the life of Jesus had died, while the fourth directed him to settle in Nazareth, for fear of Archelaus, the successor of Herod.

“Fear is also a part of life, and it too needs our prayer… Joseph experiences fear, but God guides him through it. The power of prayer brings light into situations of darkness.”

The Holy Father then spoke off-the-cuff and prayed for the many people today “who are crushed by the weight of life and can no longer hope or pray,” asking that St Joseph might “help them to open themselves to dialogue with God in order to find light, strength, and help.”

His thoughts also turned to parents whose children are facing difficulties, including children with illnesses, or who “see different sexual orientations in their children”, or who are injured in accidents, or who have difficulties learning. He told parents facing these situations not to be frightened or to condemn, but to think about how Joseph solved the problems he faced, and ask for his help.

Finally, Pope Francis reminded the faithful that “prayer is never an abstract or purely internal gesture, but is always inextricably linked to charity.”

“It is only when we combine prayer with love for our neighbour that we are able to understand the Lord’s messages.”

The Pope concluded his catechesis once more with a prayer to St Joseph:

St Joseph, man who dreams,
teach us to recover the spiritual life
as the inner place where God manifests Himself and saves us.

Remove from us the thought that praying is useless;
help each one of us to correspond to what the Lord shows us.

May our reasoning be illuminated by the light of the Spirit,
our hearts encouraged by His strength
and our fears saved by His mercy. Amen.