Pope at Audience: War is an outrage and a blasphemy

Pope at Audience: War is an outrage and a blasphemy 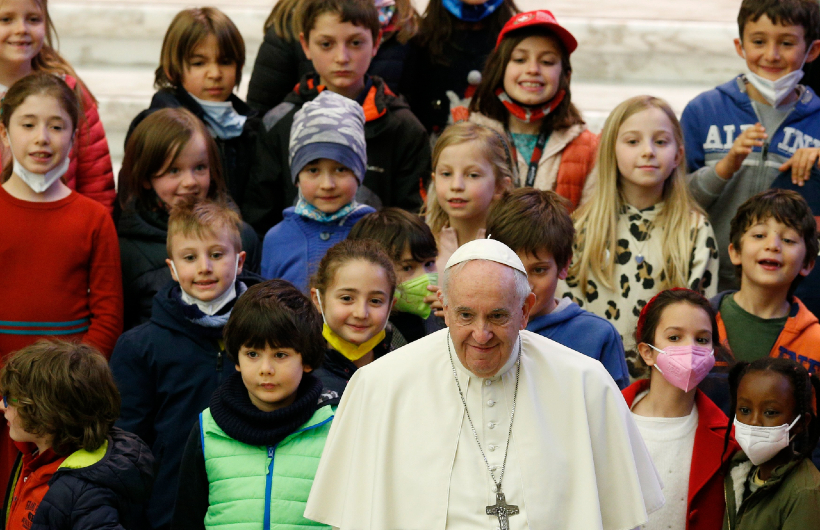 Pope Francis denounces the worldly logic of power and violence, explaining that Jesus brings true peace through meekness and the Cross.

At his weekly General Audience, Pope Francis once again denounced “the armed aggression of these days” as “an outrage against God.”

The way of meekness and the Cross

The Holy Father began his reflection by focusing on the feast of Palm Sunday, the beginning of Holy Week, which commemorates the triumphant entry of Jesus into Jerusalem, “welcomed as the Messiah.” Pope Francis said the crowds that acclaimed Him expected Jesus to bring peace as a powerful liberator, or by initiating an era of social justice.

Jesus, however, does not rise to their expectations, but instead enters Jerusalem on a donkey: Jesus, the Pope said, brings peace “through meekness and mildness, symbolized by the tethered colt on which no one had ever sat.”

The peace of Christ

God’s way, the Pope explained, is different from the world’s ways. Jesus does not follow a worldly strategy of violence and intervention to bring about peace, which would end up being a false peace that amounts to little more than an interval between wars. Instead, “the peace of the Lord follows the way of meekness and the Cross, it is taking responsibility for others,” as Jesus took our evil, sin, and death upon Himself in order to free us.

To illustrate this point, Pope Francis recalled Dostoevsky’s tale of the Grand Inquisitor, who imprisoned Jesus when He returned to earth. The Inquisitor, said the Pope, represents “worldly logic,” and condemns Christ for not embracing worldly power. “Here is the deception that is repeated throughout history,” the Pope said, “the temptation of a false peace, based on power, which then leads to hatred and betrayal of God.”

A blasphemous betrayal of the Lord of Passover

The peace that Jesus brings “does not overpower others” the Pope continued. “It is not an armed peace.” Instead, “The weapons of the Gospel are prayer, tenderness, forgiveness, and freely-given love for one’s neighbour, to any neighbour.” This, he said, “is how God’s peace is brought into the world.”

War, on the other hand – not only the current conflict, but all wars – represents “an outrage against God, a blasphemous betrayal of the Lord of Passover, a preference for the face of the false god of this world” in place of the meek face of Jesus.”

“Always, war is a human action to bring about the idolatry of power.”

Pope Francis noted that before His final Passover, Jesus told His disciples not to be troubled or afraid. Although worldly power leaves death and destruction in its wake, the peace of Christ “builds up history, beginning in the heart of every person who welcomes us.” So, the Pope said, we look forward to Easter as “the true feast of God and humanity because the peace that Christ gained on the Cross in giving Himself is distributed to us.”

The Holy Father concluded his reflection by noting that the word “Pasqua,” the Italian word for Easter, signifies “passage.” This year, the Pope said, “it is a blessed occasion to pass from the worldly god to the Christian God, from the greed that we carry within us to the charity that sets us free, from the expectation of a peace brought by force to the commitment to bear real witness to the peace of Jesus.”

He invited everyone to place themselves “before the Crucified One, the wellspring of our peace, and ask him for peace of heart and peace in the world.”