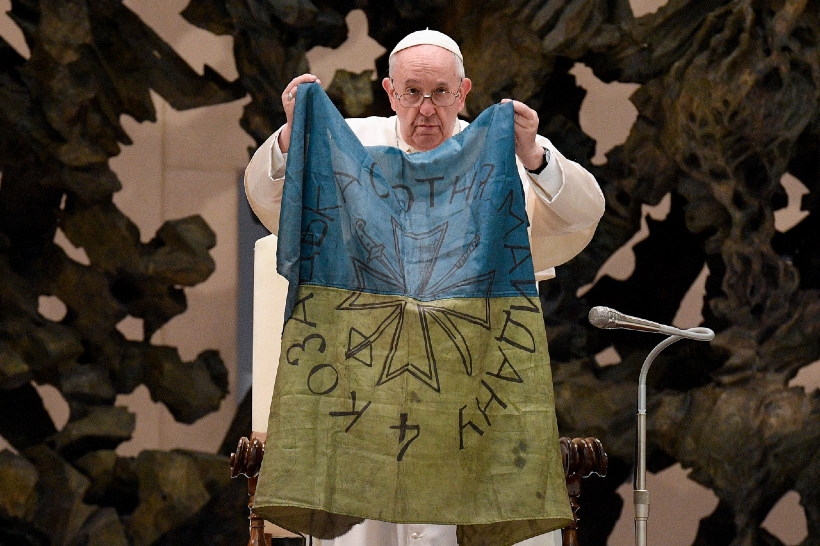 Pope Francis reflects during the General Audience on his weekend visit to Malta, noting that “the dominant logic are the strategies of the most powerful countries to affirm their own interests.”

At the Wednesday General Audience, Pope Francis decried the war in Ukraine, and the powerlessness of the United Nations, noting how the “old story” of competition between greater powers continues today despite efforts to establish lasting peace.

Working for respect and peace

Pope Francis focused his catechesis on his weekend journey to Malta, and underscored how competition between greater powers has continued to today despite attempts to establish peace after World War II.

The war in Ukraine today has made us witnesses of “the impotence of the United Nations,” he observed.

“In the ongoing war in Ukraine, we witness the impotence of the International Organizations of the United Nations.”

He said this in the context of describing how Malta lies in a strategic location between Europe and Africa, and close to Asia, making it a place where peoples from around the world meet.

And while Malta, rich in history and civilization, represents a mindset that should characterize our world with respect, freedom and peaceful coexistence, the dominating mindset of colonization of the most powerful still prevails today.

This regards not just migrants, he explained, but kindness that creates a more fraternal, livable world, saving us from the “shipwreck” that we all risk facing, as we are all “in the same boat.” The Pope thanked the authorities and people of Malta for for their very warm welcome.

The Pope highlighted a second key theme regarding migration in Malta while at the John XXIII Reception Centre where he met numerous migrants who landed there following harrowing journeys across the sea.

He stressed that we must always be open to hearing their stories, that this is the only way to get beyond an often distorted vision of this phenomenon presented in the media.

Each person has a story, carries wounds, and has roots and culture, all with human dignity, he said, adding, “Each of them is the bearer of a wealth infinitely greater than the problems that welcoming them might entail.”

The Pope paid tribute in particular to Franciscan Fr. Dionysius Mintoff who founded the John XXIII Centre, also called “Peace Lab”, and continues his work at the age of 91 in welcoming and assisting migrants, creating a culture of encounter and peace through fraternity, compassion and solidarity.

In conclusion, Pope Francis noted Malta’s key role in contributing to evangelization, where so many priests, religious and lay faithful have given their Christian witness around the world.

The Pope called his visit “an act of gratitude” to God, to the faithful of Malta and the island of Gozo.

In addition to recalling his visit as a pilgrim in the footsteps of Saint Paul, he paid tribute to their immense trust in the Blessed Mother, as experienced together during his visit to the National Marian Shrine of Ta’Pinu on Gozo.