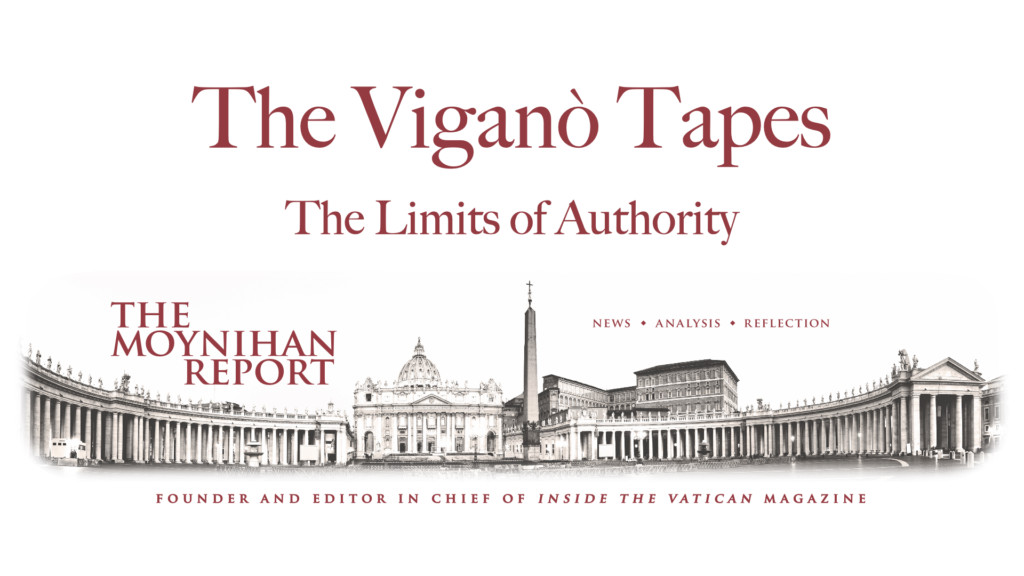 The Vigano Tapes
The Limits of Authority
Question #6

Question Number 6: You have spoken of feeling that we are at an impasse, a dead end, both in the Church and in the world. You’ve described a type of alliance between the deep Church and the deep State which you feel is not in keeping with traditional Christian teaching or with traditional desire for freedom of the free peoples of the democratic West. But if you are preaching this dead end or impasse, what are you suggesting to people? Are you suggesting some type of disobedience or some type of rebellion?

6. Don’t you think that your words may sound like an invitation to disobedience?

Catholics are naturally oriented towards order, to respect for authority and the hierarchy, because this order and authority emanate from the wisdom of God and are necessary for the government of both public affairs as well as the Church.

But precisely because the authority of men comes from God, Catholics – like all citizens in general – cannot accept the usurpation of authority by those who set goals opposed to the very reasons for which that authority is constituted. The Lord has placed at the head of the Church the Successor of the Prince of the Apostles, designating him as His Vicar, so that he may pasture the sheep that He has entrusted to him, not so that he may scatter them, otherwise he would have chosen Judas and not Saint Peter. Similarly, the authority of temporal rulers finds its legitimization in good government, not in making citizens into slaves and forcing them to do evil, preventing them from pursuing the proximate end of an honest life and the final end of eternal salvation. If authority fails in its duties, and even betrays and subverts them, it is no longer entitled to demand the obedience of its subjects.

Obedience, which is a virtue linked to Justice, does not consist in an acritical submission to power, because in doing so it degenerates into servility and complicity with those who do evil. No one can impose obedience to intrinsically evil orders, or recognize authority in those who abuse it to indulge evil. Thus those who resist an illegitimate order apparently disobey the one who gives it, but they obey God, whose power is however exercised by the vicarious authority against its purpose, that is, against God himself.