For Jesuit Father Nawras Sammour, the ongoing conflict in Syria is a professional challenge and a personal heartache.

Father Sammour is Jesuit Refugee Service’s regional director for the Middle East and lives in Damascus, Syria. He was born in Aleppo, and his mother, brother and sister still live there, but his nieces and nephews “have all left.”

Tens of thousands of Syrians have died and millions have been displaced in more than two years of fighting between President Bashar Assad’s government and rebels seeking his resignation.

“We need to step back and realize that we went too far,” he told Catholic News Service May 31 during an interview at JRS headquarters near the Vatican. 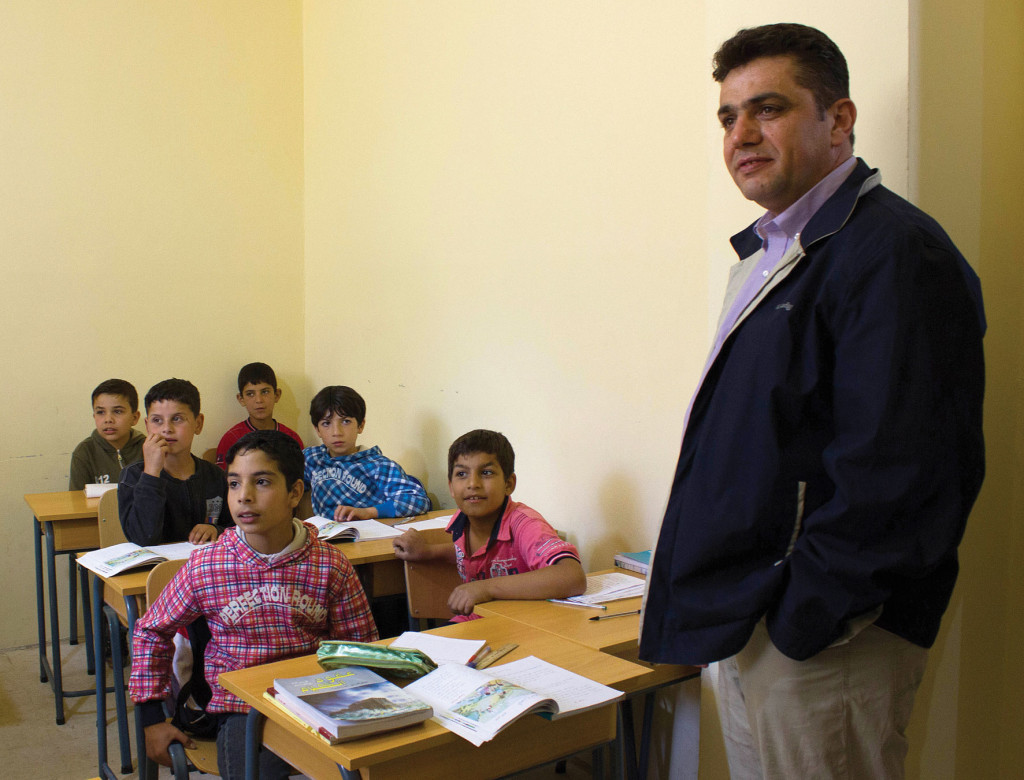 In a situation that is so tense and so divided, particularly among different Muslim groups, Father Sammour said Syria’s small Christian communities may be frightened. But with Christian aid programs and partnerships with others providing assistance, they also enjoy a certain respect as non-partisans looking only to help others.

With the help of funding from a variety of agencies — including the worldwide Caritas network and the U.S. bishops’ Catholic Relief Services — JRS has about 250 paid employees in Syria and another 300 volunteers.

They visit displaced families living in shelters, abandoned buildings, mosques, churches and monasteries and provide food and basic necessities. JRS runs field kitchens that serve 20,000 meals a day. They provide medicine to the chronically ill, operate a clinic in Aleppo and provide psycho-social support to almost 5,000 children, offering them a safe environment where they can play and try to keep up with their school work.

Father Sammour said the situation in Syria “is not calming down at all. The tension is worse. People are nervous. Syria is much more fragmented, and fear is much more established in the hearts of people,” he said.

The work with the children, though, may be the seedbed of a better future. The children come from Christian as well as Sunni Muslim and Alawite Muslim families, and the JRS team is earning the trust of their parents.

“That will help with long-term reconciliation,” Father Sammour said.

The Jesuit said he and other staff members have become “more prudent” when moving around the country because of the increased risk of kidnapping. Two Orthodox bishops were kidnapped in late April and have not been heard from since.

“Kidnapping is a danger for everybody,” Father Sammour said. “It took on another dimension when the bishops were kidnapped, but two priests were taken in February, and hundreds of Christians and Muslims have been kidnapped.”

The bishops reportedly were taken while trying to negotiate the release of Armenian Catholic Father Michel Kayyal and Greek Orthodox Father Maher Mahfouz, who were kidnapped in February.

“It’s a problem not because it’s bishops, but because it’s a problem,” Father Sammour said. “For sure, I was shocked when the Christian bishops were taken, but it was going on before that” both by “professional kidnappers” looking to make money with ransoms and by those kidnapping for political reasons.

Apparently the bishops’ kidnappers have made no demands, so it is hard to know who took them or why, Father Sammour said.