“He had promised to say nothing…”

“He had promised to say nothing…”

Over a Century Ago, the Priest and Writer Robert Hugh Benson Foresaw the Tremendous Rise of Secular Humanism… And the Contraction of the Catholic Church 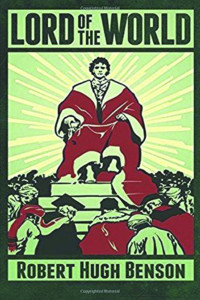 “Well, sir, let me tell you this first. This old lady’s son is my employer, and a very prominent Communist. She lives with him and his wife. The other two will be away to-night. That is why I am asking you all this. And now, you will come, sir?”

Percy looked at him steadily for a moment or two. Certainly, if this was a conspiracy, the conspirators were feeble folk. Then he answered: “I will come, sir; I promise. Now the name.”

The stranger again licked his lips nervously, and glanced timidly from side to side. Then he seemed to gather his resolution; he leaned forward and whispered sharply.

For a moment Percy was bewildered. It was too extraordinary to be true. He knew Mr. Oliver Brand’s name only too well; it was he who, by God’s permission, was doing more in England at this moment against the Catholic cause than any other man alive; and it was he whom the Trafalgar Square incident had raised into such eminent popularity. And now, here was his mother—-

He turned fiercely upon the man.

“I do not know what you are, sir—whether you believe in God or not; but will you swear to me on your religion and your honour that all this is true?”

The timid eyes met his, and wavered; but it was the wavering of weakness, not of treachery.

“Are you a Catholic?”

The man shook his head.

Percy leaned back, trying to realise exactly what it all meant. There was no triumph in his mind—that kind of emotion was not his weakness; there was fear of a kind, excitement, bewilderment, and under all a satisfaction that God’s grace was so sovereign. If it could reach this woman, who could be too far removed for it to take effect? Presently he noticed the other looking at him anxiously.

“You are afraid,sir?You are not going back from your promise?”

That dispersed the cloud a little, and Percy smiled.

“No, sir; it is syncope. She is recovered a little this morning.”

The priest passed his hand over his eyes and stood up.

The other shook his head, standing up too.

“I must be with Mr. Brand,sir; there is to be a meeting to-night; but I must not speak of that…. No, sir; ask for Mrs. Brand, and say that she is expecting you. They will take you upstairs at once.”

He drew out a pocket-book, scribbled in it a moment, tore out the sheet, and handed it to the priest.

“The address, sir. Will you kindly destroy that when you have copied it? I—I do not wish to lose my place,sir, if it can be helped.”

Percy stood twisting the paper in his fingers a moment.

“Why are you not a Catholic yourself?” he asked.

The man shook his head mutely. Then he took up his hat, and went towards the door.

For the last month or two little had happened to encourage him. He had been obliged to report half-a-dozen more significant secessions, and hardly a conversion of any kind. There was no doubt at all that the tide was setting steadily against the Church. The mad act in Trafalgar Square, too, had done incalculable harm last week: men were saying more than ever, and the papers storming, that the Church’s reliance on the supernatural was belied by every one of her public acts. “Scratch a Catholic and find an assassin” had been the text of a leading article in the New People, and Percy himself was dismayed at the folly of the attempt. It was true that the Archbishop had formally repudiated both the act and the motive from the Cathedral pulpit, but that too had only served as an opportunity hastily taken up by the principal papers, to recall the continual policy of the Church to avail herself of violence while she repudiated the violent. The horrible death of the man had in no way appeased popular indignation; there were not even wanting suggestions that the man had been seen coming out of Archbishop’s House an hour before the attempt at assassination had taken place.

And now here, with dramatic swiftness, had come a message that the hero’s own mother desired reconciliation with the Church that had attempted to murder her son.

Again and again that afternoon, as Percy sped northwards on his visit to a priest in Worcester, and southwards once more as the lights began to shine towards evening, he wondered whether this were not a plot after all—some kind of retaliation, an attempt to trap him.Yet he had promised to say nothing, and to go.

He finished his daily letter after dinner as usual, with a curious sense of fatality; addressed and stamped it. Then he went downstairs, in his walking-dress, to Father Blackmore’s room.

“Will you hear my confession, Father?” he said abruptly. 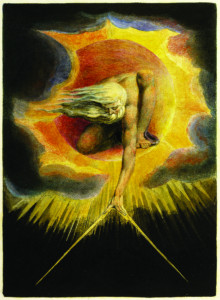 Victoria Station, still named after the great nineteenth-century Queen, was neither more nor less busy than usual as he came into it half-an-hour later. The vast platform,sunk now nearly two hundred feet below the ground level, showed the double crowd of passengers entering and leaving town. Those on the extreme left, towards whom Percy began to descend in the open glazed lift, were by far the most numerous, and the stream at the lift-entrance made it necessary for him to move slowly.

He arrived at last, walking in the soft light on the noiseless ribbed rubber, and stood by the door of the long car that ran straight through to the Junction. It was the last of a series of a dozen or more, each of which slid off minute by minute. Then, still watching the endless movement of the lifts ascending and descending between the entrances of the upper end of the station, he stepped in and sat down.

He felt quiet now that he had actually started. He had made his confession, just in order to make certain of his own soul, though scarcely expecting any definite danger, and sat now, his grey suit and straw hat in no way distinguishing him as a priest (for a general leave was given by the authorities to dress so for any adequate reason). Since the case was not imminent, he had not brought stocks or pyx—Father Dolan had wired to him that he might fetch them if he wished from St.Joseph’s, near the Junction. He had only the violet thread in his pocket, such as was customary for sick calls.

He was sliding along peaceably enough, fixing his eyes on the empty seat opposite, and trying to preserve complete collectedness when the car abruptly stopped. He looked out, astonished, and saw by the white enamelled walks twenty feet from the window that they were already in the tunnel. The stoppage might arise from many causes, and he was not greatly excited, nor did it seem that others in the carriage took it very seriously; he could hear, after a moment’s silence, the talking recommence beyond the partition.

Then there came, echoed by the walls, the sound of shouting from far away, mingled with hoots and chords; it grew louder. The talking in the carriage stopped. He heard a window thrown up, and the next instant a car tore past, going back to the station although on the down line. This must be looked into, thought Percy: something certainly was happening; so he got up and went across the empty compartment to the further window. Again came the crying of voices, again the signals, and once more a car whirled past, followed almost immediately by another. There was a jerk—a smooth movement. Percy staggered and fell into a seat, as the carriage in which he was seated itself began to move backwards.

There was a clamour now in the next compartment, and Percy made his way there through the door, only to find half-a-dozen men with their heads thrust from the windows, who paid absolutely no attention to his inquiries. So he stood there, aware that they knew no more than himself, waiting for an explanation from some one. It was disgraceful, he told himself, that any misadventure should so disorganise the line.

Twice the car stopped; each time it moved on again after a hoot or two, and at last drew up at the platform whence it had started, although a hundred yards further out. Ah! there was no doubt that something had happened! The instant he opened the door a great roar met his ears, and as he sprang on to the platform and looked up at the end of the station, he began to understand.

From right to left of the huge interior, across the platforms, swelling every instant, surged an enormous swaying, roaring crowd. The flight of steps, twenty yards broad, used only in cases of emergency, resembled a gigantic black cataract nearly two hundred feet in height. Each car as it drew up discharged more and more men and women, who ran like ants towards the assembly of their fellows. The noise was indescribable, the shouting of men, the screaming of women, the clang and hoot of the huge machines, and three or four times the brazen cry of a trumpet, as an emergency door was flung open overhead, and a small swirl of crowd poured through it towards the streets beyond. But after one look Percy looked no more at the people; for there, high up beneath the clock, on the Government signal board, flared out monstrous letters of fire, telling in Esperanto and English, the message for which England had grown sick. He read it a dozen times before he moved, staring, as at a supernatural sight which might denote the triumph of either heaven or hell.