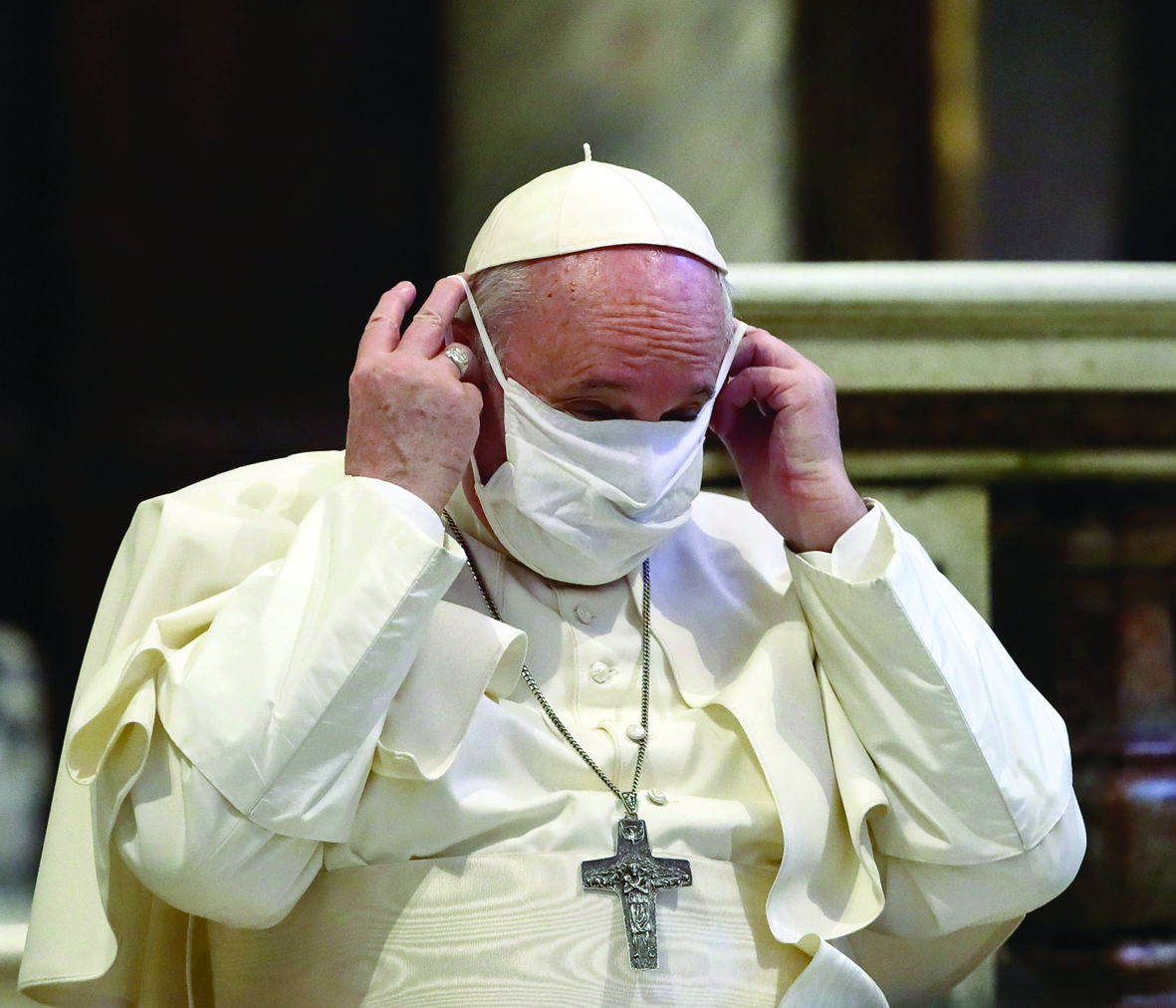 In January of this year, Pope Francis stated, in reference to the still-experimental Covid-19 vaccines now available, “I believe that, morally, everyone must take the vaccine.” The declaration was met with hearty approval in many quarters; others simply did not agree with Francis’ starting premises: that the vaccines will “go well” and do not pose “any special dangers.” In fact, a growing number of researchers and doctors are expressing concern over the vaccines, for several reasons: people being told they are “safe” while left unaware of their experimental status; people not being told of adverse effects, including some deaths; and a general lack of trust, borne of experience, in pharmaceutical-governmental partnerships, some of whose data and testing practices have been exposed as misleading or even fraudulent.

One need only call to mind that this is the same corporate-scientific community that has remained silent about the surgical and pharmacological mass killing of the unborn; has approved of (sometimes abortifacient) hormonal contraceptives which impair the natural functioning of women’s bodies, often with lasting health effects; and has developed drug therapies and protocols aimed at the impossible — and horrifying — goal of “gender change.” Below is a letter to the Pope from William G. White, M.D., a retired family physician who practiced in the Chicago area for more than 40 years. He is a past president of the Catholic Medical Association of the United States. His “open letter” to the Holy Father urges him to reconsider his statement on the moral imperative of receiving one of the vaccines.

Reports of an interview with an Italian news program indicate that you apparently believe it is morally obligatory for everyone to take the SARS-CoV2 vaccine. You are reported to have said, “I believe that morally everyone must take the vaccine. I do not understand why some say that this could be a dangerous vaccine… If the doctors are presenting this to you as a thing that will go well and doesn’t have any special dangers, why not take it?”

Your Holiness has the right, as does everyone else, to assess the risks and benefits of any proposed medical treatment, but your expertise is theological, not medical. You must be aware that you are one of the most influential people in the world, and that many people will place great credence in what you say, whether you are speaking solemnly in a carefully prepared statement on matters of faith and morals, or simply offering an ordinary layperson’s off-the-cuff remarks on some current issue.

If your doctor has presented this vaccine to you “as a thing that will go well and doesn’t have any special dangers,” then you have a reckless and negligent doctor. Did he take the time to explain to you the risks and benefits of this vaccine, including the possibility of as-yet-unknown dangers?

These vaccines (there are several) were rushed into use with far less than the usual testing, using an entirely new and unproven methodology (RNA). Even drugs that have undergone far more lengthy and rigorous testing are often later withdrawn from the market because of serious unforeseen side effects.

Those of us who live in the world are not naive enough to believe that the pharmaceutical industry is an altruistic entity with no motive other than doing good. We have learned, when faced with massive government spending, to ask “Cui bono?” [Note: “To whom the good?” or “Who benefits?”]

It is clear that the pharmaceutical industry and many of its promoters in the medical profession are benefitting enormously from the government funding of this vaccine program. It remains to be seen whether the general public will receive more help or more harm from it.

In the meantime, it is the responsibility of each person to consider carefully the evidence or lack of evidence for the risks and benefits of this vaccine, as it is for any other medical procedure, and to give or withhold informed consent according to one’s best judgment. To say without qualification that one has a moral obligation to receive the vaccine fails to take these matters into consideration.

I hope you will consider withdrawing or modifying your remarks.

Sincerely yours in Christ,