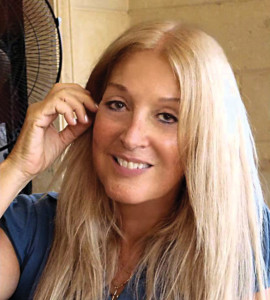 Vassilikì Claudia Pendakis, commonly called Vassula, married Rydén, is mainly known through her messages published in more than 50 language versions in the True Life in God (TLIG) books. She claims that these messages, written in a handwriting which is different from her own, are dictated by her angel Daniel, by God, by Christ or by the Blessed Virgin. They certainly have many readers from all Christian denominations who are nourished by their spirituality.

Although born in the Greek Orthodox faith, Vassula was not a practicing Christian in her earlier years; in fact, she was quite a worldly young woman who played tennis well, modelled and painted. Her knowledge of the faith was at a minimum, though as a teenager she had some mystical experiences of being delivered from some imminent evil, or of being transported into the past, for example, to assist at Jesus’ crucifixion.

Vassula was in her 40s, living in Bangladesh, when her first mystical experience occurred, an experience that led to her conversion and a progressive awareness that she had been favored by God and was being called to a specific mission. As she had never read any books of theology, her knowledge of this subject is due to the messages she received. 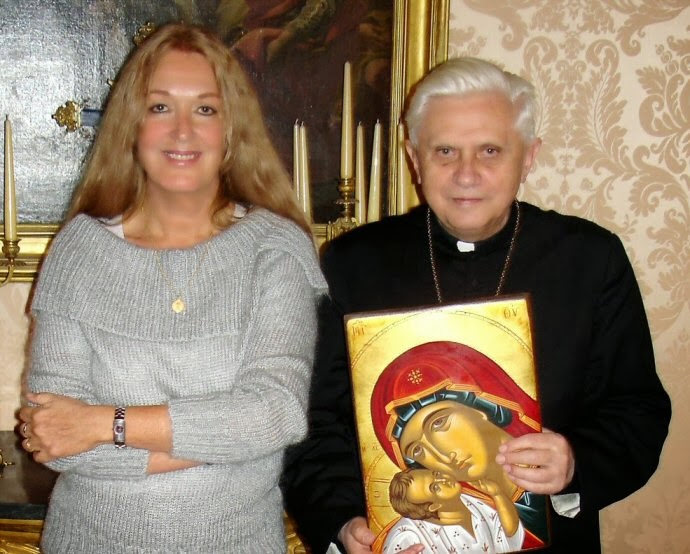 Vassula ended up by giving talks based on the messages all over the world, sometimes to huge crowds of people. As her success grew, and many Catholics were taking part in her meetings, this could not but provoke a reaction from the Catholic Church. The Church has always been very wary of private revelations. In 1995, the Congregation for the Doctrine of the Faith (CDF) published a “notification”, warning bishops, clergy and the faithful against certain aspects of her writings, as there were doubts about the authenticity of these revelations. Subsequent to a request by Vassula, the CDF decided to enter into dialogue with her and formulated some questions regarding her and her messages. I personally wrote to her in the name of the CDF. Her response was precise and sincere, so it was thought that the CDF was satisfied. The then-Prefect of the CDF, Cardinal Ratzinger, gave her an audience, and the correspondence was interpreted as permission to leave it to the bishops to decide. In 2007, however, Ratzinger’s successor Cardinal Levada reiterated that the Notification was still in force.

The Orthodox were no less hostile to their own co-religionist. While some patriarchs showed themselves favorable, others attacked and threatened her fiercely, even with death. She still goes on, however, delivering imperturbably her messages all over the world. 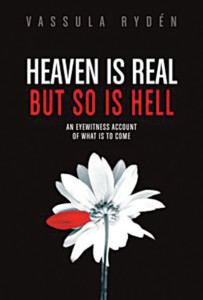 Heaven Is Real But So Is Hell – an eyewitness account of what is to come.

This is the climate in which the book under review is to be discussed. Vassula’s previous books had contained just “messages” from Above. The present publication is a sort of autobiography, apologia and appeal; but its true literary and theological genre is apocalyptic. This term should be understood in its biblical sense of revelations that portray the present status of history as a conflict between good and evil and provide a key to interpret the “signs of the times,” as well as an invitation to heed God’s warnings.

The autobiographic part places the messages in the context of Vassula’s developing spiritual awareness. She repeatedly confesses that her gift is totally unmerited and that it is only due to God’s favor. The reader immediately perceives her difficulty in accepting such a gift which is equally a burden. Snatches of the messages are quoted here and there. The author writes with humility but will entertain no doubts as to the authenticity of her messages. The reason why the book belongs to the apocalyptic genre is that apocalypse means “revelation” in Greek; the writer uses symbols to express himself or herself in dreams, visions and auditions that recur frequently. The ultimate message in this genre is to encourage believers who find themselves in a state of stress to persevere in their faith and respond to God’s love. The refusal to accept God’s offer of reconciliation often provokes threats from God, hence the book’s title, Heaven is Real, But So is Hell.

The volume makes easy reading, written in a clear style and with sincerity. The problem is, of course, whether these messages are really dictated, and how doctrinally acceptable they are. I am no expert in mystical phenomena, especially as Vassula also had similar sensations prior to her conversion. However, even if we reduce these messages to their least common denominator and call them personified meditations, any true meditation — and Vassula is a woman who spent hours in deep prayer — is the fruit of the Holy Spirit. Moreover, if the outcome of these messages is that they have helped people to turn to God and reform their lives, there is no reason to reject them outright. 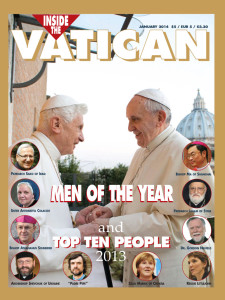 I have found nothing substantial to object to as regards faith in this book, especially if it is read in its proper literary genre. We also have to keep in mind that Vassula is not a Roman Catholic, but Greek Orthodox. For example, she insists that reestablishing unity in the Church by all confessions bending a bit to converge toward Christ is the main purpose of the present ecumenical movement. She is accused by her co-religionists as being a Roman infiltrator. How she envisions this unity, however, is still to be defined, but it is clear from her messages that she sees “Peter,” the Pope, to be a first leader among brethren. Anyway, the main message of the present volume is to convey to the reader that God loves each and every one of us and stands with open arms to receive any repentant sinner. Many events in recent history are read in the light of John’s Revelation as signs to recall the world to reconsider our relationship with God, who, though his essence is Love, is also just and can also punish.

Had this book been published earlier, after Vassula’s response to the questions put to her by the CDF, perhaps the decision to accept her and her messages would have been left to the local bishops and parish priests to decide.