The cardinal, who is the secretary of state at the Vatican, said the world is undergoing massive crises that underline the need to come together in solidarity and dialogue. 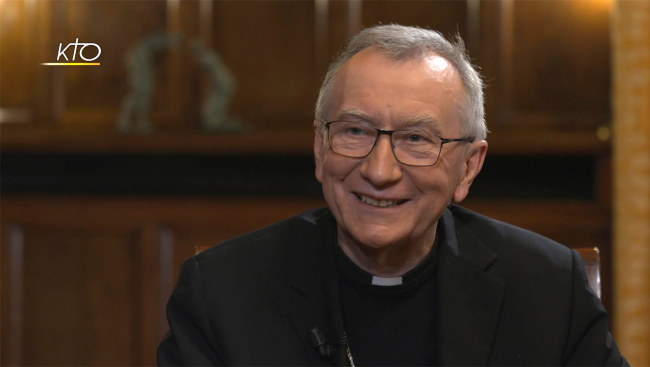 Parolin said the reform of the offices and departments that make up the Roman Curia “has already been realized,” despite the “saddening and painful” financial scandals that have rocked the Catholic Church. He also addressed the safety issues posed by the pope’s upcoming trip to Iraq and the “moral suasion” the Catholic Church holds at an international level.

The cardinal, who is the secretary of state at the Vatican, also addressed a recent deal with China on the ordination of bishops, which received pushback by those who criticize the lack of religious freedom in the country.

While stating that he “profoundly respects those who have different opinions and those who criticize the policy of the Holy See toward China,” Parolin said he hopes the deal will “bear fruit,” while emphasizing the need for “patience” in what he said is a step-by-step diplomacy effort.

Pope Francis outlined the plan for his reform of the Vatican’s numerous, and sometimes redundant, offices in his 2013 apostolic exhortation, Evangelii Gaudium, or Joy of the Gospel, which urged the church “to embark on a new chapter of evangelization.”

Many of the reforms proposed by Francis have already been enacted, Parolin said in an interview with French Catholic Network KTO on Friday (Jan. 29). He pointed to the financial reform that created three new departments — the Council for the Economy, the Secretariat for the Economy and the Office of the Revisor General — to address the economic questions at the Vatican.

The financial reform was made more urgent following reports that the Vatican’s Secretariat of State, led by Parolin, had invested roughly $200 million in a risky real estate deal in London, which resulted in considerable losses — and embarrassment — for the Vatican.

“The Holy Father wanted to directly address these problems that emerged, also to make the Roman Curia as transparent as possible so she may truly exercise the service it is called to, a service to the successor of Peter, but especially a service to the Gospel,” Parolin said.

Francis also reformed other important Vatican departments, Parolin said, adding, “the bulk has already been done, and now there are other steps to take.” Among those steps is the release of a long-awaited Apostolic Constitution, which will formalize recent reform efforts.

The constitution, with the provisional title “Predicate Evangelii,” or Preach the Gospel, will likely be released “by the end of this year,” the cardinal said. 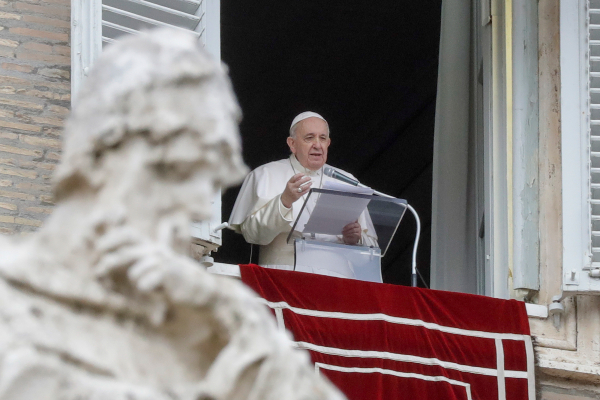 Pope Francis delivers his blessing as he recites the Angelus noon prayer from the window of his studio overlooking St. Peter’s Square, at the Vatican, Tuesday, Dec. 8, 2020. (AP Photo/Andrew Medichini)

In the wide-ranging interview with French Vatican reporter Philippine de Saint-Pierre, Parolin also addressed Pope Francis’ March 5-8 apostolic visit to Iraq. The pope, he said, “is truly interested in this trip to Iraq, despite the challenges that this trip might entail.”

On Jan. 21, a terrorist attack in Baghdad killed 35 civilians and wounded 80 individuals, provoking anxiety in a country that had been experiencing a respite from such acts of violence. The Islamic State group claimed responsibility for the attack, which put in question safety measures for the pope’s visit.

“The pope wants to go to Iraq, I believe, especially to encourage Christians,” Parolin said, mentioning the Iraqi Christians who have fled their homes due to the consequences of war and financial ruin.

Interreligious dialogue will also be a key aspect, he added, since Iraq is a majority Muslim country and Pope Francis will likely promote political stability and reform. In February 2019, the pope cosigned with the Grand Imam of al-Azhar, Sheikh Ahmed El-Tayeb, a document on Human Fraternity, which Parolin said represents “a major progress in the relations between Christians and Muslims.”

The document promoted non-violence and tolerance among people of different faiths while reinforcing the common principle that all individuals have human dignity as children of God. 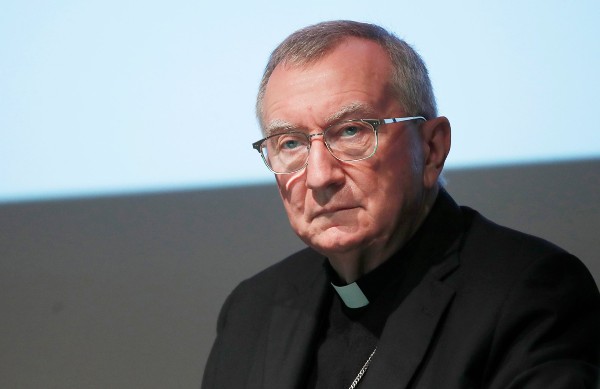 “The church must illuminate and reawaken consciences, and it’s not a small thing to preach and announce principles, because these then affect concrete actions,” the cardinal said. “Imagine if we were all convinced of universal fraternity. Surely the world would change, a lot.”

All religions, including the Catholic Church, have “a role to play” in today’s societies, given that many citizens view the world as informed by their faith, Parolin said. Especially today when politics tend to be “struggling” to address modern challenges, he added, “it’s important that religions be given a public space where they can make their voices heard.”

For the Catholic Church, a preferred way of promoting its message is at the level of international organizations, by taking part in treaties and agreements, the cardinal said. Sometimes this means taking positions that go against the tide, he continued, as is the case for the Catholic Church’s stance on immigration and the environment in some places.

“The Holy See, and the church, can’t fail in their mission, and their mission can sometimes clash with the dominant power,” Parolin said.

One aspect where the Vatican clashed not only with some Catholic faithful, but also with the previous administration of the United States of America, is in a controversial agreement with the People’s Republic of China on the appointment of bishops. The deal, which has remained secret, would supposedly allow the Chinese government to give the pope a list of possible candidates for the episcopacy.

While it’s not uncommon in the Catholic Church’s history that bilateral agreements regulate the choice of powerful ecclesial representatives, detractors of the Sino-Vatican deal believe it does not take into account the human rights violations in the country and China’s persecution of its underground Catholic Church.

Parolin acknowledged in the interview the “extremely complex situation,” but urged to “keep in mind this agreement didn’t want to be, couldn’t be, an agreement to solve all the problems that the church in China has to face, but it’s only a small step to attempt to better the situation of the church.”

The world, he added, is undergoing massive crises, from environmental to political to societal, but in the words of Pope Francis, “it is also an opportunity.” The current COVID-19 pandemic, he continued, has underlined the need to come together in solidarity and dialogue.

Pope Francis received the first dose of the vaccine in early January, Parolin said, while encouraging others to follow his example. “We are aware of all the existing objections, but in the end we must trust that this (vaccine) will help us get out of the crisis,” he said.