Pope at Mass: Only the Father can draw people to Jesus

Pope at Mass: Only the Father can draw people to Jesus 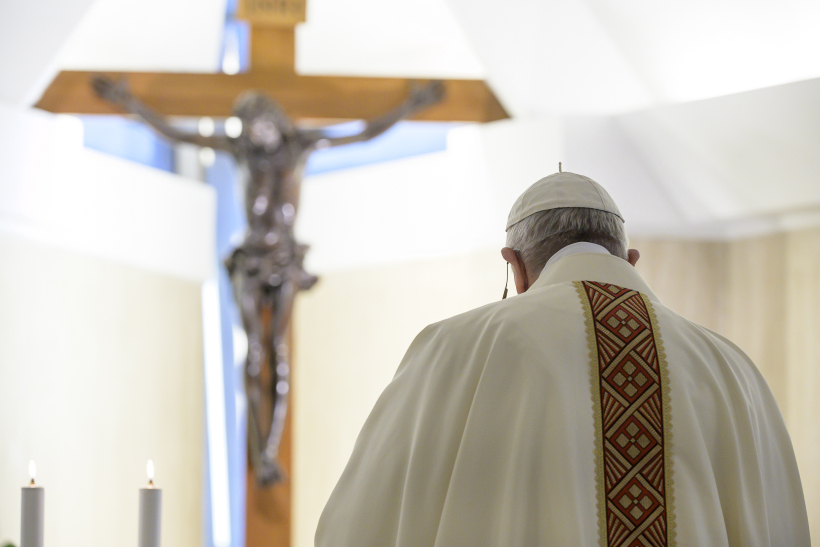 At the morning Mass at Casa Santa Marta, Pope Francis prays for the deceased, especially those buried in mass graves and reflects on the Gospel passage, “No one can come to me unless the Father draws him”.

The Holy Father took a verse from the Gospel as the starting point for his homily: “No one can come to me unless the Father who sent me draw him.”

It is certainly possible to study religion or theology, and learn a great deal about Jesus, the Pope said, but unless we are drawn by the Father, we cannot know Christ, or His mystery.

This was the case with the Ethiopian eunuch in the First Reading from the Acts of the Apostles. He was an official in the Ethiopian royal court. The Pope noted that he was reading the Scriptures – a passage from the prophet Isaiah – as he returned home from Jerusalem. God had already prepared his heart, and now the Father sent Philip the Deacon to him.

The restlessness the official felt was precisely the Father drawing him to Jesus. When he saw some water by the wayside, he asked to be baptised.

Our apostolic work: to bear witness

Pope Francis said it is important for us to realize this principle as the basis for our own apostolic work of spreading the Gospel. “This is valid for our apostolate, for our apostolic mission as Christians”, he said. The work of conversion, the Pope continued, is not something we do. Only God can convert someone. Only the Father can draw someone to Jesus.

Our job, the Pope said, is to bear witness. In missionary work, it is not enough simply to teach or instruct people about the truths of the faith. In order to be a true proclamation, we must bear witness in our own lives, and allow the Father to draw people to Christ.

The Pope then asks what we can do “so that the Father will make it His business to draw people” to Jesus.

The answer he gives is simple: Prayer.

“Witness and prayer go together”, the Pope said. “Without witness and prayer you cannot do the work of apostolic preaching”. One’s preaching might be very beautiful, but without the Father’s action, people will not be attracted to Christ.

The centre of our apostolate

Our witness opens the door to people’s hearts, leads them to welcome the message and the mystery of Jesus. Prayer then opens the Father’s heart, so that He Himself will draw people to Jesus.

This applies not only in the missions but is the “great rule of our apostolate everywhere”, the Pope said. He warned, though, that being missionary does not mean proselytism: “Witness, yes, proselytism, no!”

Pope Francis concluded his homily saying, “Let us ask the Lord for the grace to live our work with witness and prayer, so that He, the Father, might draw people to Jesus.”