Pope at Mass prays for prudence as restrictions ease

Pope at Mass prays for prudence as restrictions ease 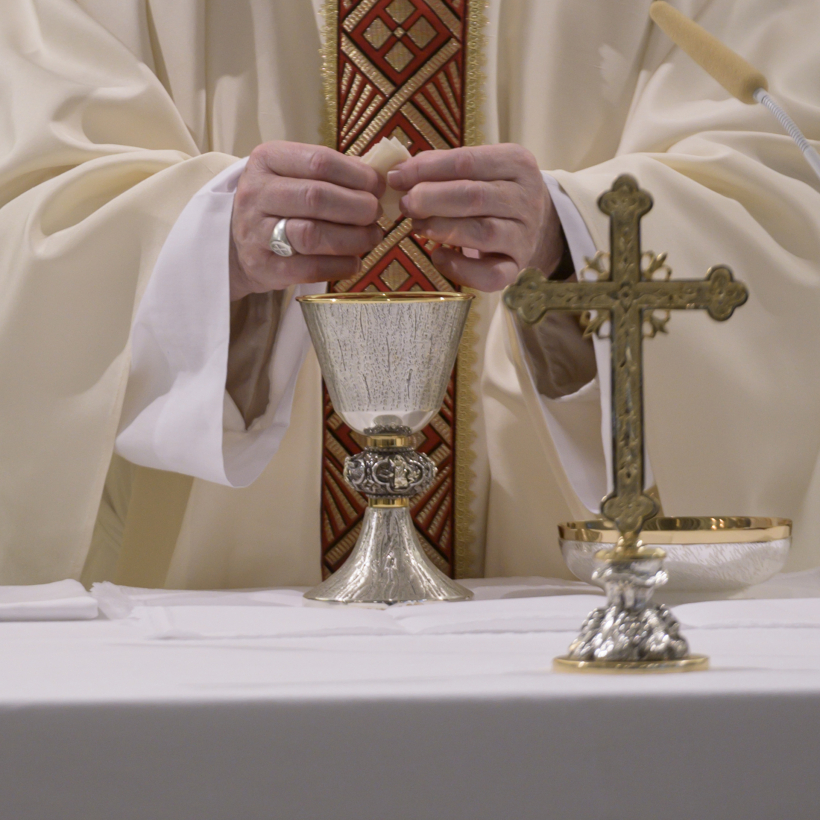 During Mass at the Casa Santa Marta on Tuesday, Pope Francis prays that people will prudently adhere to measures put in place for the easing of the quarantine so that the Covid-19 pandemic does not return.

Pope Francis celebrated Mass at the Casa Santa Marta on Tuesday of the Third Week of Easter, turning this thoughts to the reaction of God’s people in the face of an easing of the current quarantine measures.

“At this time, when indications have been given to exit out of quarantine, we pray the Lord will grant to His people, all of us, the grace of prudence and obedience to these indications, so that the pandemic does not return.”

In his homily, the Pope focused on the passage from the Acts of the Apostles (Acts 7:51-8:1). In it Stephen courageously speaks to the people, the elders and the scribes, who judge him with false testimony, drag him out of the city and stone him.

The Doctors of the Law, explained Pope Francis, did not tolerate the clarity of doctrine, and they asked someone to say that they had heard Stephen blaspheme against God and the Law. The Pope pointed out that, just like Stephen “they did the same with Jesus too, trying to convince the people that He was a blasphemer.”

The Pope noted that it also happens with the martyrs of today, like Asia Bibi. She was in prison for many years, judged by slander. He added, in the face of the avalanche of false news that creates opinion sometimes nothing can be done.

The testimony of Truth

The truth, on the other hand, emphasized Pope Francis, “is clear and transparent, it is the testimony of truth, of what is believed. Let’s think about our tongues: many times with our comments we start such  lynching. Even in our Christian institutions we have seen so many daily lynchings born out of gossip.”

“May the Lord help us”, said the Pope, “to be righteous, in our judgments, not to begin to follow this mass condemnation that provokes gossip”.