Pope at Mass: We have a Father, we are not orphans

Pope at Mass: We have a Father, we are not orphans 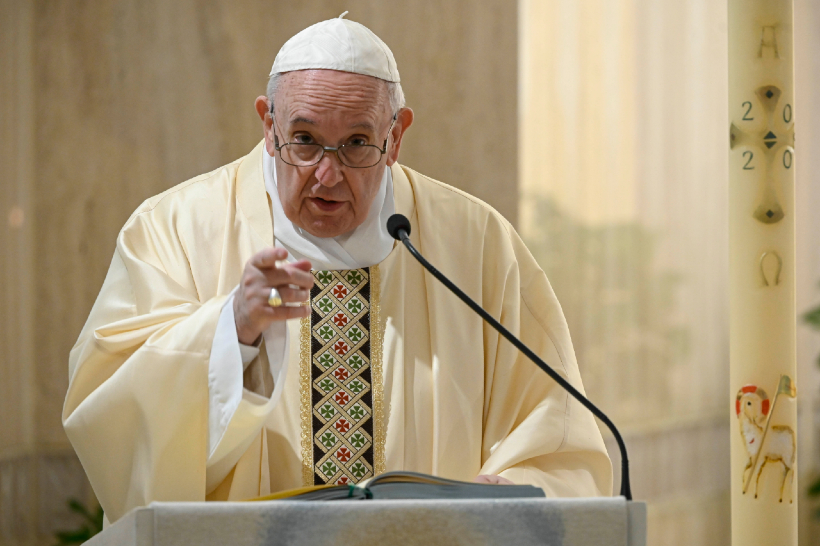 Pope Francis celebrated the last Mass broadcast live from the Casa Santa Marta chapel on Sunday praying for trash collectors and reminding us that we are not orphans because we have a Father in heaven.

“Today our prayer is for all those persons who clean hospitals, the streets, who empty dumpsters, who go to each house to remove trash”. This was Pope Francis’s intention for the Mass he celebrated for the Sixth Sunday of Easter in the chapel of Casa Santa Marta. He continued saying, “It’s a work that no one sees, but it is a job that is necessary to survive. May the Lord bless them and help them”.

Jesus bids farewell with a promise

Pope Francis began his homily saying that as Jesus bade farewell to His disciples, He left them hope. That hope was the promise that He would not leave them orphans. It is this sense of being orphaned, of not having a Father, that is, and has been, the root of many problems on earth, he said.

“We live in a society that lacks the Father. A sense of being orphaned touches one’s sense of belonging and fraternity”.

Fulfillment of the promise

This “awareness that we are children” and not “orphans” is the key to living in peace, Pope Francis explained. Wars, both big and small, “always contain a dimension of being orphans because the Father who makes peace is missing”.

Attitudes of those belong to a family

Our mission as Christians is to accomplish what St Peter exhorts in the Second Reading. We are to bear witness to the hope that we have when others ask us for an explanation. “Do it with gentleness and respect”, Peter directed, “keeping your conscience clear”. Gentleness and respect are ways of behaving characteristic of those who share a relationship with a common father, the Pope explained. “They are attitudes of belonging, belonging to one family who is certain of having a Father” who is at the centre, who is everyone’s origin, the source of all unity and salvation. And He sent the Holy Spirit to “remind us” of how to access the Father, to teach us these familial attitudes of gentleness, meekness and peace, the Pope said.

Prayer to the Holy Spirit

At the conclusion of his homily the Pope prayed, “Let us ask the Holy Spirit to remind us always, always, how to access the Father, to remind us that we have a Father. And to this civilization that has a huge sense of being orphaned, may He grant the grace of finding the Father once again, the Father who provides everyone with a sense of meaning in life. May He make all men and women one family.”