Pope at Mass: We Base Our lives on Christ, Not on Appearances

Pope at Mass: We Base Our lives on Christ, Not on Appearances 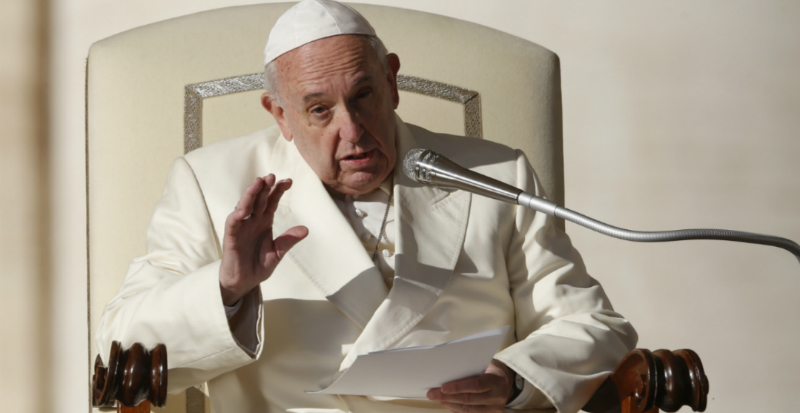 In his homily at Mass in the Casa Santa Marta on Thursday, Pope Francis reminds us that our lives are built upon the “eternal Rock”, who is the Lord, and in Him we find happiness.

Taking his cue from the Gospel at Mass on Thursday (Mt 7:21), Pope Francis urged Christians to sink the foundations of their lives into Christ, rather than relying on the shifting sands of appearances.

The Lord is the Eternal Rock

Pope Francis said these two contrasting attitudes regard our hopes and dreams, adding that we need God’s grace to discern where we sink our foundations.

“The Rock. That’s what the Lord is. Those who entrust themselves to the Lord will always remain safe, because their foundations are sunk into the Rock. That’s what Jesus says in the Gospel. He speaks about a wise man who built his house on rock, that is, on trust in the Lord and on serious things. And this trust is a noble thing, because the foundation of this building of our lives is sure and strong.”

The wise man, continued the Pope, built on the rock, while the fool chose “the shifting sands” and is blown away by winds and rain.

“Even in our own lives it can happen, when my foundations are not strong. The storm comes – and we all have storms in our lives, all of us – and we are unable to stand firm. Many say: ‘No, I’ll change my life.’ They think making life changes is like putting on makeup. Changing my life requires changing the foundations of my life, that is, finding the Rock that is Christ. ‘I would like to renovate this building because it’s extremely ugly, so I would like to make it a little more beautiful and strengthen the foundation.’ But if all I do is put on makeup, then things won’t go far; it will fall. Christian life falls when based on appearances.”

Discern Between Rock and Sand

Jesus, said Pope Francis, is the only sure foundation, while appearances are of no assistance.

He gave the example of the confessional. Only those who recognize they are sinners, weak, and in need of salvation, he said, show that their life is built on rock, and that they believe and trust in Jesus as the source of salvation.

So Pope Francis urged us to convert our lives to what does not crumble and blow away.

“We cannot build our lives on passing things, on appearances, on acting like everything is going fine. We go to the rock, where our salvation awaits. And there we will all – each one of us – be happy.”