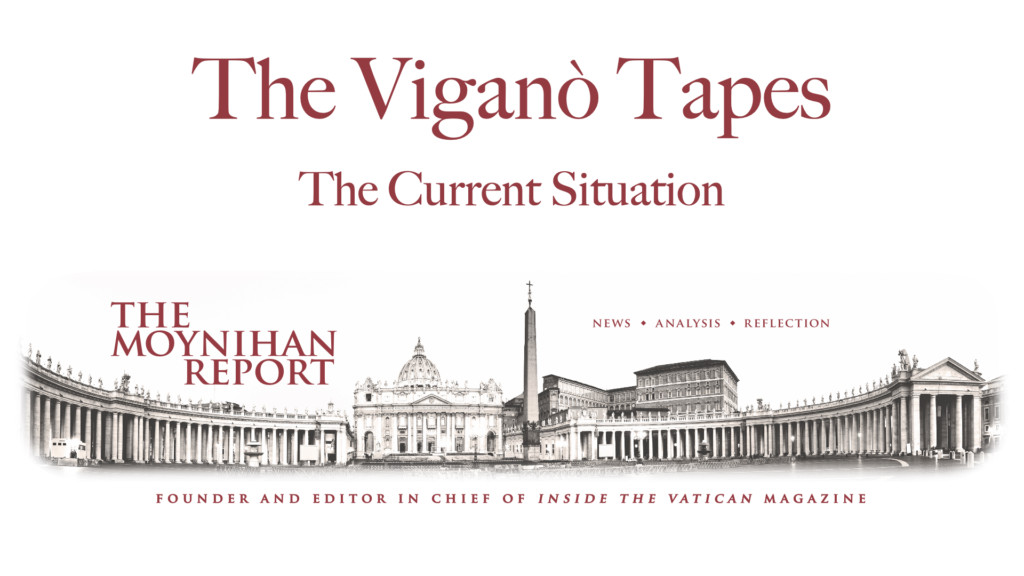 The Vigano Tapes
Introduction and Question #1

Hello, I am Robert Moynihan. I am an American journalist. I have been covering the Vatican for 30 years; the pontificate of John Paul II, his contest with the Soviet Union, his battle over the culture, the election of Pope Benedict, his pontificate and then the election of Pope Francis and these last eight years. I have many different contacts and friends in the church and among them is Archbishop Carlo Maria Viganò. I came to know him many years ago. But in the past three years, this archbishop, an Italian archbishop who is now 80 years old, has become perhaps the single most controversial figure in the Roman Catholic Church. For that reason, I find it imperative to understand how this high-ranking church official could have become such a profound critic of not only of corruption in the church but also of doctrinal confusion, the entire pontificate of Pope Francis, and finally, in recent months, a criticism also of the secular developments, the virus, the vaccines, the global plan for a single global community. And he has reached beyond his traditional area of expertise to become one of the voices in the world today who is most compelling, most controversial and most interesting on understanding where we are right now in 2021 after the year and half of the virus and after many decades of modernity have changed not only the Catholic Church but also the Protestant churches also Judaism also Islam. So we have a wide ranging interview now with this very controversial, very interesting Italian archbishop, Carlo Maria Viganò.

Question Number 1: Archbishop Viganò, very nice to see you again and very pleased that you are willing to answer our questions. The great question has two parts, it’s the world and it’s the church. We are looking at a global pandemic and a global move towards a new world order and we’re also looking at the church in confusion, in division, in concern about how it reacts to this new world order whether it’s breaking with its tradition or holding fast to its tradition. And you’ve got comments to make and insights on both of these questions, the present pandemic and the present crisis in the Roman Catholic Church. So what do you think about the current pandemic and about the current confusion and crisis in the Catholic Church under the leadership of Pope Francis?

It now seems clear to me that we are facing a siege on both the social and religious fronts. The so-called emergency pandemic has been utilized as a false pretext to impose the vaccination and the green pass in many nations of the world, in a simultaneous and coordinated way. At the same time, on the other front, not only do the ecclesiastical authorities not condemn in the least the abuse of power by those who govern public affairs, but they support them in this wicked plan and go so far as to condemn those who do not accept being subjected to inoculation with an experimental gene serum with unknown side-effects that does not impart any immunity from the virus – to say nothing of the moral implications related to the presence of genetic material derived from aborted fetuses, which for a Catholic is itself a more-than-sufficient reason to refuse the vaccine.

We are at war: a war that is not openly declared, that is not fought with conventional weapons, but a war all the same, in which there are aggressors and aggressees, executioners and victims, kangaroo courts and prisoners; a war in which violence is used in ostensibly legal forms in order to violate the rights of citizens as well as believers. It is an epochal war that is a prelude to the end times and the great apostasy spoken of in Sacred Scripture. 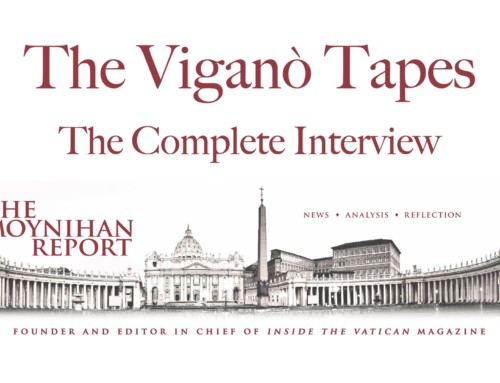 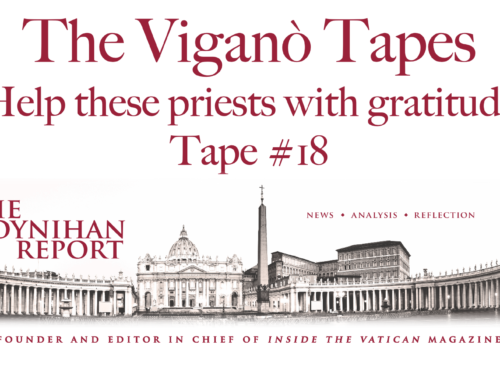 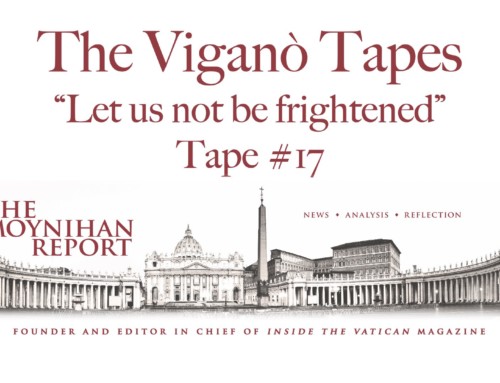 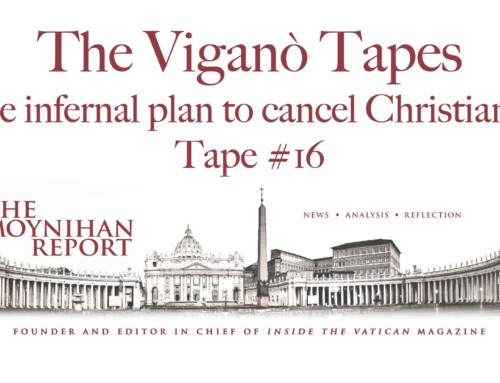 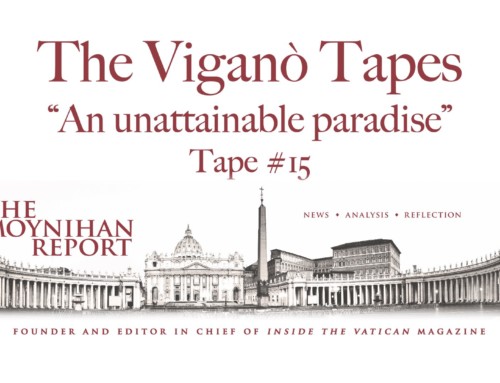