Catholic Teaching and the Elections

Catholic Teaching and the Elections

The 2012 presidential election has brought America’s economic crisis into sharp focus. Despite ephemeral gains in the stock market and manipulation of unemployment statistics, the economy continues to stagnate. Growth is limited, by and large, to the financial services industry that shifts around existing wealth, and government, which produces nothing. Ordinary people, unable to gain an adequate and secure income by their own efforts, are increasingly dependent on the State for meeting their daily needs.

As we have seen in the controversy stirred up over the contraception mandate, dependency on government leaves people susceptible to “Welfare Blackmail” and other offenses against human dignity imposed by a progressively authoritarian State. This is the “yoke little better than that of slavery itself” that the propertyless condition imposes on workers and their families, condemned by both Leo XIII (Rerum Novarum, § 3) and Pius XI (Quadragesimo Anno, § 59).

How the current crop of candidates is addressing this problem is not so much a study in contrasts, as a debate as to which one will do less damage to the common good.

President Obama has the Democratic nomination, but not a viable economic agenda. He has come out in favor of “in-sourcing” and ending incentives for US companies to move jobs overseas, supports corporate subsidies to encourage job creation, and proposes to lower corporate tax rates but increase the rates paid by the rich.

Still, the President is not addressing the real problem. That is the failure of the tax and monetary systems to encourage private sector growth in ways in which everyone can participate as owners of both labor and capital. By relying on government, by nature unproductive, to drive recovery efforts instead of confining the State to maintaining and regulating the environment — the common good — within which people can take care of their own needs, Obama’s proposals undermine human dignity by making people dependent on the State. 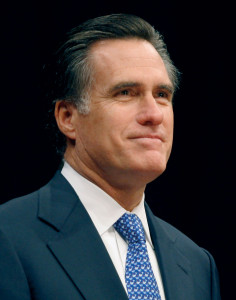 Mitt Romney proposes to cut personal taxes, eliminate the estate tax, lower the corporate tax, and reduce government spending to 20% of GDP. Merely lowering tax rates and cutting spending, however, will only make the situation worse. Clearly Romney is counting on an increase in disposable incomes to boost consumption. Increased consumption is essential to justify new capital formation and create jobs, thereby generating more tax revenues at lower rates. The problem is that, as the rich pay the bulk of taxes, increasing their disposable income and reducing (in some cases eliminating) taxes on their monopolistic capital accumulations will increase the supply of funds available for investment, but without increasing the mass consumption power necessary to justify capital formation and create jobs. This is because the rich cannot consume all the income they receive from their capital.

Rick Santorum has an advantage over Romney in that he comes across as consistent in his positions, where Romney is widely perceived as flip-flopping on critical issues. Santorum wants to strengthen families morally by rebuilding them economically. He proposes to lower personal and corporate tax rates, lower taxes on dividends and capital gains, increase corporate tax credits and other subsidies, and limit government spending to 18% of GDP.

As is the case with Romney, Santorum’s proposals are geared toward increasing the supply of funds for investment, but, again, do not address the real issue, which is lack of mass purchasing power by individuals and families.

Newt Gingrich’s economic proposals are similar to those of Romney and Santorum, and share the same weaknesses.

Ron Paul wants to cut $1 trillion from the budget by reducing the size of government, bringing the deficit down to $300 billion immediately and balancing the budget by 2015. Paul also wants to “End the Fed,” instituting an inadequate gold currency, and abolish the income tax. These proposals reflect an incomplete understanding of money, credit, banking and finance. Abolishing the Federal Reserve would turn control over money and credit to the politicians. Eliminating the income tax would then encourage misuse of the State’s monopoly over the money power to replace lost revenue.

What are the candidates missing?

The systemic flaw in the United States is that our institutions operate to concentrate ownership of capital.

Leo XIII’s general prescription — echoed by virtually every subsequent Pope — is that “the law… should favor ownership, and its policy should be to induce as many as possible of the people to become owners.” (Rerum Novarum, § 46) 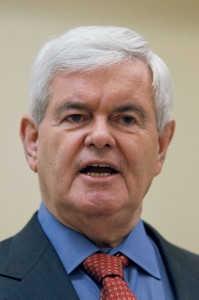 The candidates’ task in the upcoming election, then, is to offer viable proposals to restructure the system “according to the principles of sound philosophy and to its perfection according to the sublime precepts of the law of the Gospel” (Quadragesimo Anno § 76) and correct this problem in ways that build economic power for ordinary people; that is, in ways that allow ordinary people to be owners of capital.

Meeting the papal mandate is not as difficult as it may at first appear. Once we realize that most new capital is not financed by cutting consumption and accumulating savings, but by increasing production and paying for the capital out of future profits, the solution becomes obvious. Financing for new capital formation can come from monetizing the present value of marketable goods and services to be produced in the future, not expending accumulated savings from the past.

Louis Kelso and Mortimer Adler in The New Capitalists (1961) maintained that a program of expanded capital ownership could be financed using such “future savings.”

It works like this: the government allots each citizen, say, $7,000 of capital growth credit per year, from birth. The citizen finds shares that are expected to pay for themselves out of future dividends. The citizen buys the shares once a bank accepts the investment contract: no money exists before a bank accepts the contract. The company pays out dividends it deducts from taxes, but that are income to the citizen unless used to pay for the shares. Once the shares have been fully paid for, they continue to yield an income that will reduce poverty, turning the USA again into an “affluent society.”

The commercial banking system and the Federal Reserve were instituted to finance private sector development. The plan was to turn the present value of existing and future private sector marketable goods and services into money by accepting notes — “bills of exchange” — and printing currency or creating demand deposits, which would be canceled when the notes were redeemed. This would create an asset-backed currency that expanded and contracted with the needs of the private sector. The system was never intended to finance government by accepting Treasury paper, thereby creating a money supply backed by mounting debt.

Drastically simplifying the tax system is not only desirable, it has become essential. Fortunately, most of the complications in the 3.4 million-word Internal Revenue Code are the result of trying to encourage people to save to finance new capital. That is a non-

issue if all new capital formation is financed out of future savings. Merging payroll taxes for Social Security and Medicare into the general tax rate, eliminating most personal deductions and credits, raising the personal exemption to a realistic level, e.g., $30K for a non-dependent and $20K for a dependent, and levying a single rate on all income above the exemption would mean a “typical” family of four would pay no taxes until aggregate income exceeds $100K.

At this turning point in history the American people — and the candidates — face a critical decision. Will we accept the accelerating decay of the economy and the political order that depends on it? Or will we insist on making as many citizens as possible into capital owners, complying with the demands of Catholic social teaching?

* Director of Research for the Center for Ec­­onomic and Social Justice in Arlington, Virginia, USA. He has written widely on economic justice and monetary history. He is author of In Defense of Human Dignity (2008) and Supporting Life: The Case for a Pro-Life Economic Agenda (2010), and a contributor to Curing World Poverty (1994) and Capital Homesteading for Every Citizen (2004).