Roman to the core, Aldo Fabrizi (1905-1990) was an Italian actor, director, screenwriter, and comedian, best known for his role as the heroic priest in Roberto Rossellini’s Rome, Open City and as a partner of the Neapolitan actor Totò in a number of successful comedies.

Aldo’s exuberant younger sister, Elena, known as “Lella,” also had a successful acting career. Hers reached its peak in the 1980s, thanks to a series of films directed by world-famous Roman comedian Carlo Verdone in which she played the good-­natured, but ever-grumbling, grandmother.

The children of a widowed fruit vendor in Rome’s historic food market in Campo de’ Fiori, they considered their acting careers a hobby and their true profession the restaurateur and gastronome. Both exceedingly short and plump, they fit the part. In the late 1950s, Aldo and Elena, who would have celebrated her 100 birthday this past July, opened a restaurant together near Campo de’ Fiori and named it “Sora Lella” after her. After her marriage, Elena and her husband Renato Trabalza moved the restaurant to Via Ponte dei Quattro Capi 16, on the picturesque Tiber Island. It’s been a family affair ever since.

In ancient times this island, the only one in Rome, lay opposite the city’s port. It had a large white structure of travertine at either end, built to resemble the stern and the prow of a ship.

Since 293 B.C., when a temple was dedicated here to Aesculapius, the god of healing and the protector against plague, the island has been associated with the sick. There is still a hospital here. San Bartolomeo, the church on the island’s central piazza, was built on the ruins of the Temple of Aesculapius in the 10th century. Its Romanesque bell tower is a useful landmark, clearly visible from the banks of the Tiber.

From the Jewish ghetto—where, beginning on July 25, 1556, all the Jews in Rome were forced to live inside a high-walled enclosure (erected on the order of Pope Paul IV) until the practice was abolished in 1848—visitors can reach the Tiber Island by a footbridge, the Ponte Fabricio. Built in 62 B.C., it’s the oldest original bridge over the Tiber still in its original state. The other bridge to the island from Trastevere is Ponte Cestio, inscribed with the names of the Byzantine emperors associated with its restoration in 370 A.D. During medieval times the Pierleoni, and then the Caetani, two powerful families, controlled this strategic point by means of a tower, still in situ.

The entrance to “Sora Lella,” Zagat- and Michelin-recommended, is on the right just off the island’s central piazza past the hospital’s pharmacy on the left and heading towards the Ponte Fabricio to the ghetto. After Sora Lella’s death in 1993, her disciple and son Aldo Trabalza followed in her footsteps. Now the restaurant is run by his four children: daughter Elena in the welcoming coffered-ceiling, Tuscan tile-floored dining room, and son Simone in charge of the wine cellar, specialized in Latium.

Aldo’s other sons, Mauro and Renato, began in the kitchen under Nonna Lella’s guidance during the 1980s. They’re loyal to her recipes of authentic Roman cooking. Their mouth-watering starters include supplì or fried rice balls stuffed with mozzarella, artichokes deep-fried Jewish-style, and potato croquettes. They offer all the typically classic Roman pastas: all’amatriciana, cacio e pepe, and carbonara, but not to be missed are their paccheri with mussels and pecorino cheese.

The house pasta specialty, on the menu since 1961, is homemade tonnarelli alla cuccagna with 18 different ingredients in the sauce: sausage, bacon, eggs, and walnuts, to mention some. They also have pasta dishes for celiacs. For the main course, in addition to all the Roman “quarto quinto” (offal), the choice also includes involtini or beef rolls, grilled steak, and eggplant parmigiana. In addition to à la carte, Mauro and Renato offer four tasting menus: fish, vegetarian, Roman, and “quarto quinto” (only on Thursday). All the desserts, including a wide assortment of ice creams, are made in-house. The two stars are ricotta cake with wild cherry sauce and pistachio semifreddo with caramel sauce. (Via di Ponte Quattro Capi 16, tel. 06-66861601. Reservations recommended on weekends. Closed Tuesday.)

Aldo Trabalza (left) and his family 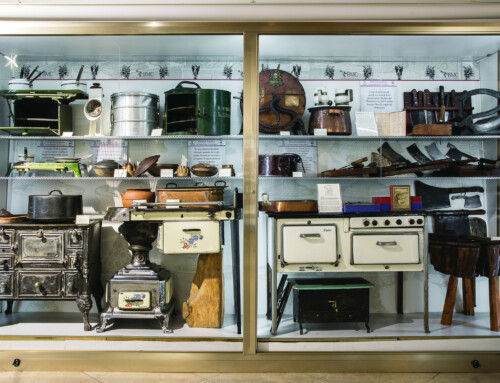 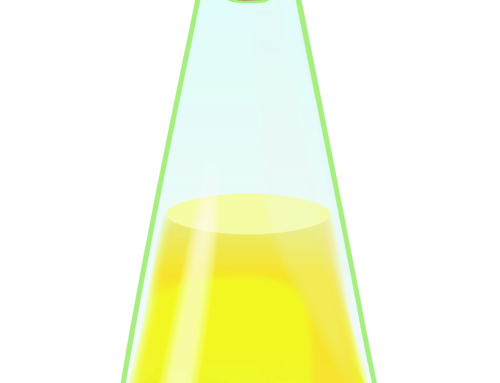 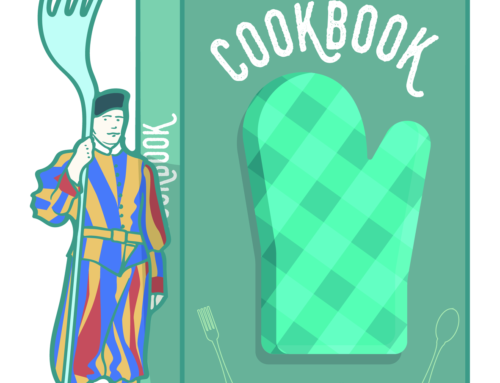 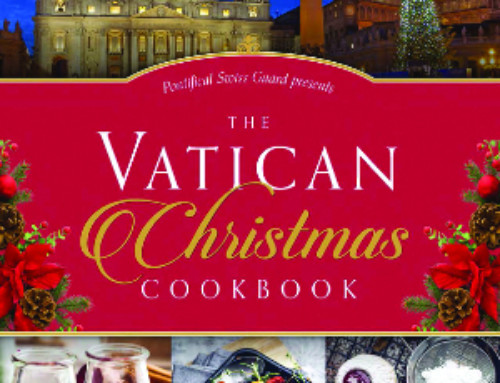