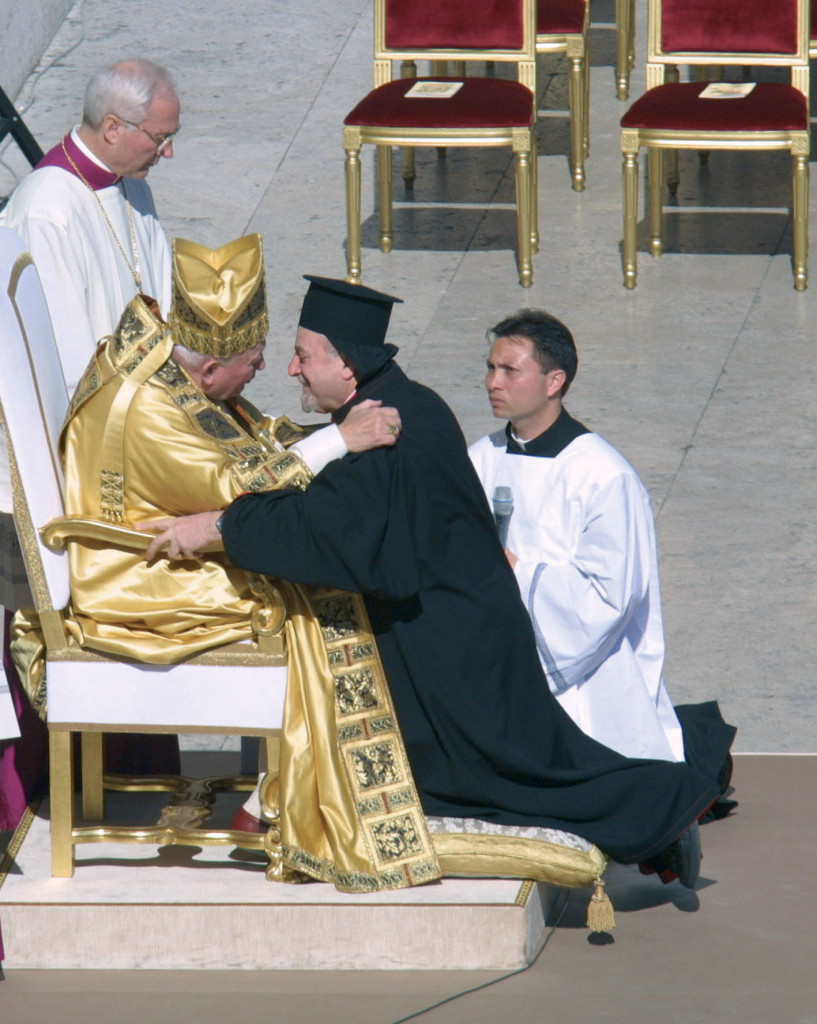 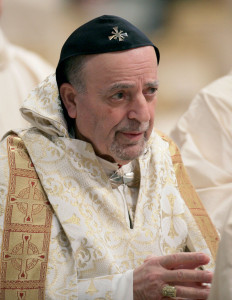 Mourning the death of Syrian-born Cardinal Ignace Moussa Daoud, who died April 7 in a Rome hospital, Pope Benedict XVI also prayed for the people of the Middle East “living through difficult times.”

The 81-year-old cardinal was the retired prefect of the Congregation for Eastern Churches and the former Patriarch of the Syriac Catholic Church.

Cardinal Angelo Sodano, dean of the College of Cardinals, led the Latin-rite funeral Mass April 10 in St. Peter’s Basilica. Cardinal Daoud’s body was then flown to Beirut for a Syriac-rite burial with the other patriarchs of Antioch.

In his homily, Cardinal Sodano said he had visited the ailing patriarch a few days before he died. He said Cardinal Daoud told him he was “offering to the Lord his suffering for the good of the Holy Church and above all for the unity of all Christians.”

In a condolence message to Syriac Patriarch Ignatius Jos­eph III Younan of Antioch, Pope Benedict called the cardinal a “faithful pastor who devoted himself with faith and generosity to the service of the people of God.”

The Pope also assured the patriarch that during “these days, when we celebrate the resurrection of the Lord,” he was offering special prayers “for the peoples of the region who are living through difficult times.”

Cardinal Daoud was born Basile Moussa Daoud in Meskene, Syria, September 18, 1930. He served as archbishop of Homs, one of the cities now being most deeply affected by violence as the government of Syrian President Bashar al-Assad reacts to efforts to oust him.

Ordained to the priesthood in 1954, he earned a degree in canon law from Rome’s Pontifical Lateran University. He was elected bishop of Cairo in 1977 and archbishop of Homs in 1994.

The synod of the Syriac Catholic Church, one of the Eastern Churches in communion with Rome, elected him Patriarch of Antioch in 1998 and, following Syriac tradition, he took the name Ignace in honor of St. Ignatius of Antioch.

He resigned as patriarch in 2001 after Blessed John Paul II named him prefect of the Congregation for Eastern Churches, which oversees the Vatican’s care for the 22 Eastern Catholic Churches that originated in the Middle East, Eastern Europe and North Africa and that continue to maintain distinctive liturgical and legal systems. He retired as prefect in 2007.

Addressing an international meeting on religion and peace in 2000, the cardinal said everyone talks about the need for peace, and many organizations are committed to trying to bring peace to the world.

“Certainly, they can do much, but they cannot make peace,” he said. While saying that “prayer as a source of peace in our contemporary world seems unusual and perhaps even lame,” he added that, if peace is order, harmony and understanding, then it must begin in the heart of each individual.

“This interior peace cannot come except when one is at peace with God,” he said.

Cardinal Daoud’s death April 7 and the death April 10 of Cardinal Luis Aponte of San Juan, Puerto Rico, left the College of Cardinals with 210 members, 123 of whom are under the age of 80 and therefore eligible to vote in a conclave to elect a new Pope.