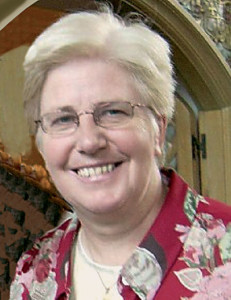 Sister Patricia Murray has helped hundreds of thousands in the Sudan.

Last year, long years of struggle for independence finally led to the creation of a new independent state in Africa — South Sudan. It is one of the poorest countries in the world. Into that situation of mixed hope and suffering has stepped an Irish woman who South Sudan for what she has done for the people of the area, Sister Patricia Murray of the Institute of the Blessed Virgin Mary, sometimes known as the Loreto Sisters. (The order’s foundress, Mary Ward (1585-1645), an English Catholic, was declared “Venerable” by Pope Benedict XVI on December 19, 2009).

Through the “Solidarity with South Sudan” project, established by religious from 170 Catholic religious congregations and led by Sr. Murray, thousands in South Sudan have been able to live with dignity despite their country’s poverty. She has helped “the poorest of the poor,” with great energy, great courage, great administrative skill, and great love. For these reasons, we are happy to include Sister Patricia Murray, whom we have come to know personally, among our “Top Ten” people of 2011.

In a 2010 lecture entitled “To Seek God in Our Suffering World,” Sr. Murray explained the origins of this effort.

“The initiative known as Solidarity with Southern Sudan began to take shape from December 2005 onwards,” she said. “While this initiative is obviously a response to the very real and immediate needs of Southern Sudan, perhaps it is also pointing the way towards a new missionary paradigm, a new way of collaborating within religious life.

“In March, 2006, a six-person international delegation of the Union of Superiors General (an umbrella group for Catholic religious orders) visited six dioceses in Southern Sudan and the Nuba Mountains, invited to “come and see the situation on the ground in Southern Sudan” by Bishop Joseph Gasi of the Tombura-Yambio diocese.

“The invitaton came soon after the conclusion of the International Congress on Consecrated Life held in Rome in November 2004 with the theme: ‘Passion for Christ, Passion for Humanity.’ Here the Instrumentum Laboris focused on themes like discernment, refounding and creative action to explore where ‘the Spirit is creating newness in religious life — especially those opportunities for creative fidelity.’ The working paper suggested that a new paradigm for consecrated life is being put together, born of compassion for the scarred and down-trodden of the earth.

“The documents of the Congress speak about the need to return to a life of poverty, solidarity and compassion which have always been key elements in the refounding process of religious life.

“The Congress’s call for a new imagination in religious life, is captured in the double Gospel icon of the Samaritan woman and the Samaritan man; one is an icon of willingness to change plans and give freely and the other icon shows a willingness to reveal our deepest longings to others and to actively seek out the new wells, to which we have been summoned. The two Samaritan stories show that it is in our frailty that space is opened up for God to do something new.

“These Samaritan stories remind us ‘not to avoid dangerous roads because new things always emerge off the beaten path, away from the safe, protected everyday places.’ They urge us to risk sharing our vulnerability, our fragility, our darkness, our weariness and thirst, making a deeper exchange and reciprocity possible and opening us up to the possibility of being evangelized by the very people to whom we announce the Gospel. For it is in responding to their needs, that new ways for religious life will be uncovered.

“Therefore the invitation to send a delegation to Sudan was seen as an opportunity to respond to the Congress’s invitation ‘to find out how to move outside the walls that shelter us and placing ourselves at a crossroads within reach of the marginalized who have been made invisible, unrecognized and voiceless… and recognizing these as privileged places for entering into communion with the Compassionate One.’

“When the people heard of our desire to be in solidarity with them as members of the universal Catholic Church they said repeatedly ‘thank you for coming to be with us.’”

Sister Murray concluded her address with a prayer composed by the founder of my own religious congregation Mary Ward:

Make this heart complete as you would have it be.
Our hearts are ready, O God, our hearts are ready!
Put us where you want us to be,
We are in your hand.
Turn us this way or that, as you desire,
We are yours, ready for everything.