A Future Without God? by Robert Moynihan

ITV’s TOP TEN PEOPLE OF 2021: Ten Who Refuse to Let the Darkness Prevail

John Stinson: Keeping the flame alive in the Middle East

Fr. Mike Schmitz: Hearts and minds shaped by something eternal

Monica Smit: “It’s our duty as Catholics to act”

Dr. Robert Malone: Inventor of vaccine technology is now a vocal critic of its use

Pamela Acker: Saying “no” to vaccines dependent on abortion

Aurelio Porfiri: “I do not wish to continue singing silly songs”

Pierre-André Udressy: “It is essential to defend freedom with conviction” 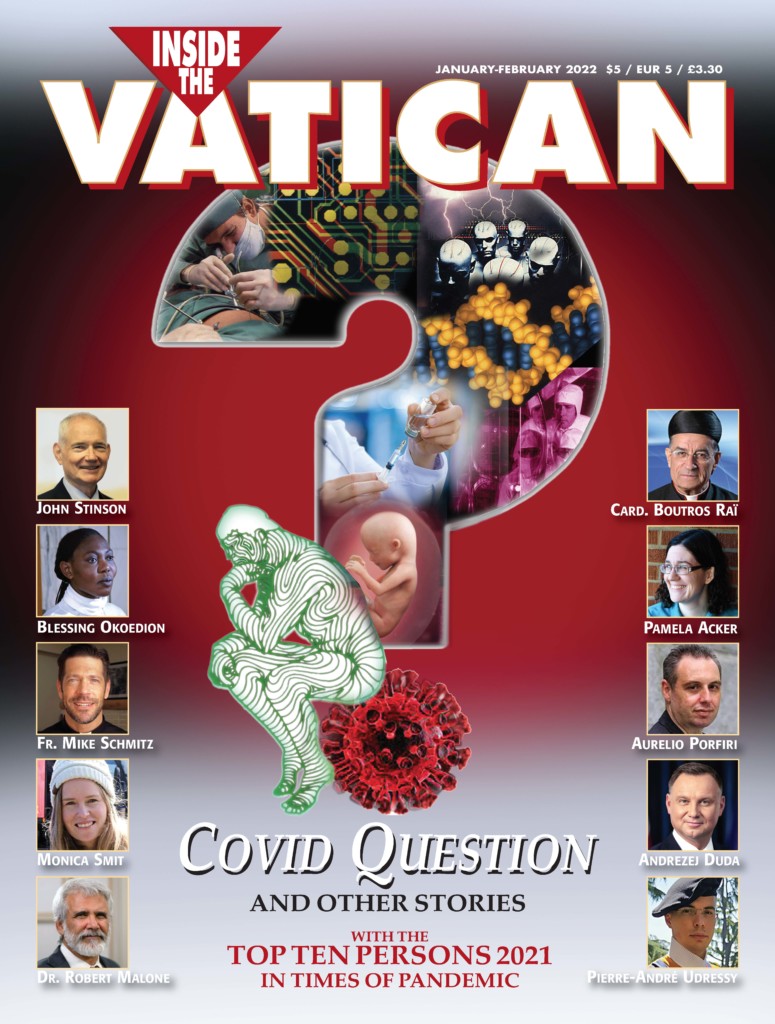 China/A unique solution for the Chinese Church? An interview with Martin Mosebach by Priscilla Smith McCaffrey

MAGISTERIUM/Message of Pope Francis to people with disabilities

Commentary/ “You are Peter” rings with new and urgent resonance by Dr. Gavin Ashenden

Analysis/ Is Covaxin the answer? by Tad Wòjcik

Saints for Our Time/Pope St. Martin I A homily

Scripture/Let us trust the Evangelists! by Anthony Esolen, Ph.D.

East-West Watch/Synodality and the Orthodox by Peter Anderson