WOMEN/Should more women be appointed to Vatican posts? by Prof. Jane Adolphe, an official at the Holy See for 10 years 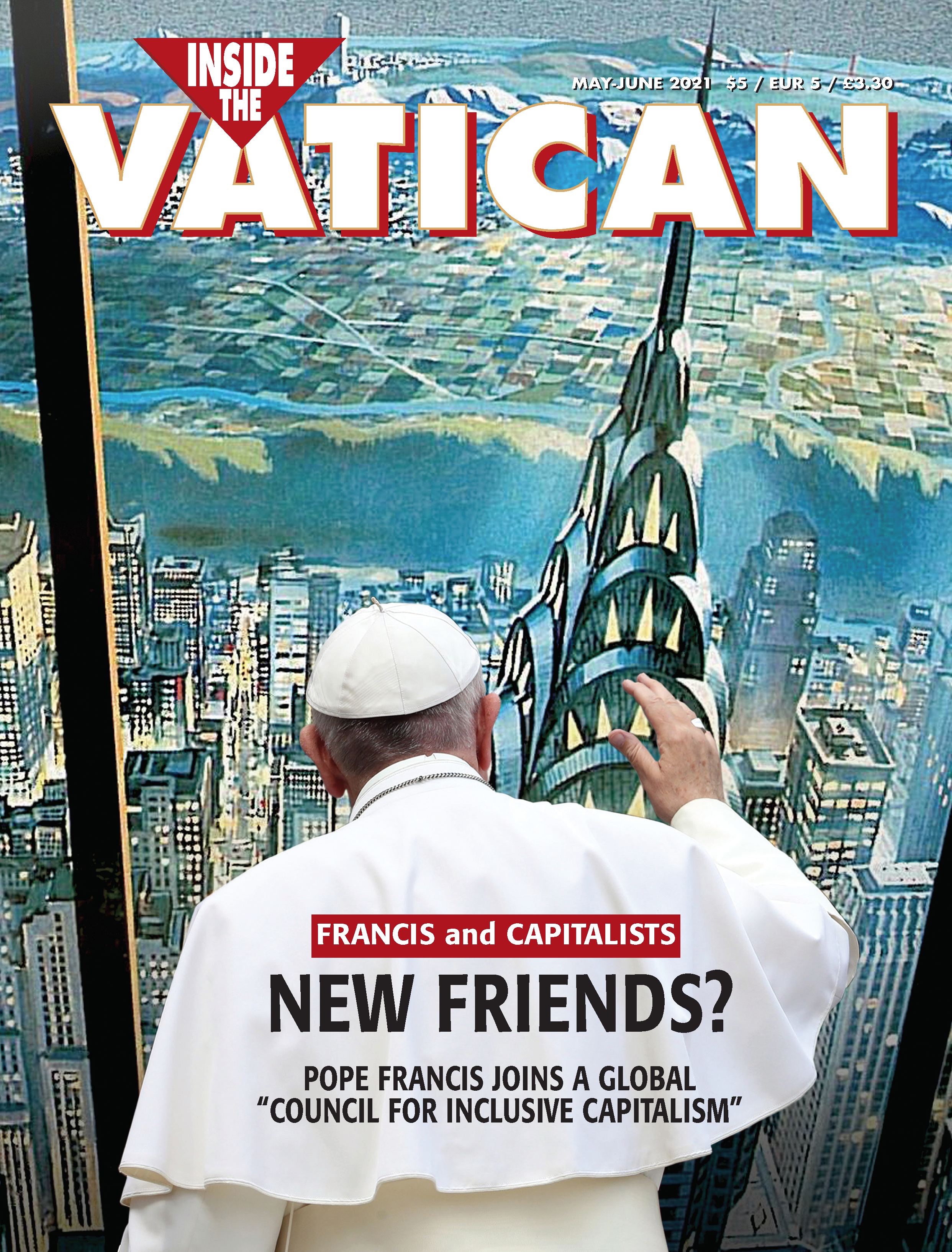 The Pope’s homily for the Easter Vigil: “Let us follow Him into Galilee” by Pope Francis

INTERVIEW/Cardinal Francis Arinze, an “elder statesman” of the Church by Barbara Middleton

COMMENTARY/The Catholics of Germany go “rogue.” What will Rome do? by Jan Bentz

SCIENCE/The Shroud of Turin: The medieval dating is doubtful by James Bertrand

SAINTS/St. Isidore of Seville Pope St. John Paul II made him the Patron Saint of the internet…by ITV staff

THE YEAR OF ST. JOSEPH

REFLECTION/St. Joseph and the “final battle” over marriage and the family by Mark Drogin

Icon/The Maternity of St. Anna, mother of the Virgin Mary by Robert Wiesner

East-West Watch/Marian dogmas and the Orthodox by Peter Anderson

News from the East/Hilarion on dialogue with the Catholic Church; Serbia has a new Patriarch: Porphyry succeeds Irenaeus, who died in November by Becky Derks

ART/Napoleon: An exhibit in Rome on the great French conqueror of Italy by Lucy Gordan

PEOPLE/New head for institute on the family; Pope backs new prior of Bose by Becky Derks

FOOD FOR THOUGHT/Three new books in English about Italian cuisine! by Mother Martha