Inside the Vatican is bringing you some of the world’s most informed and insightful Catholic writers… in person!

Join us for LIVE “Writer’s Chat” interviews with ITV’s featured writers and questions from online participants. 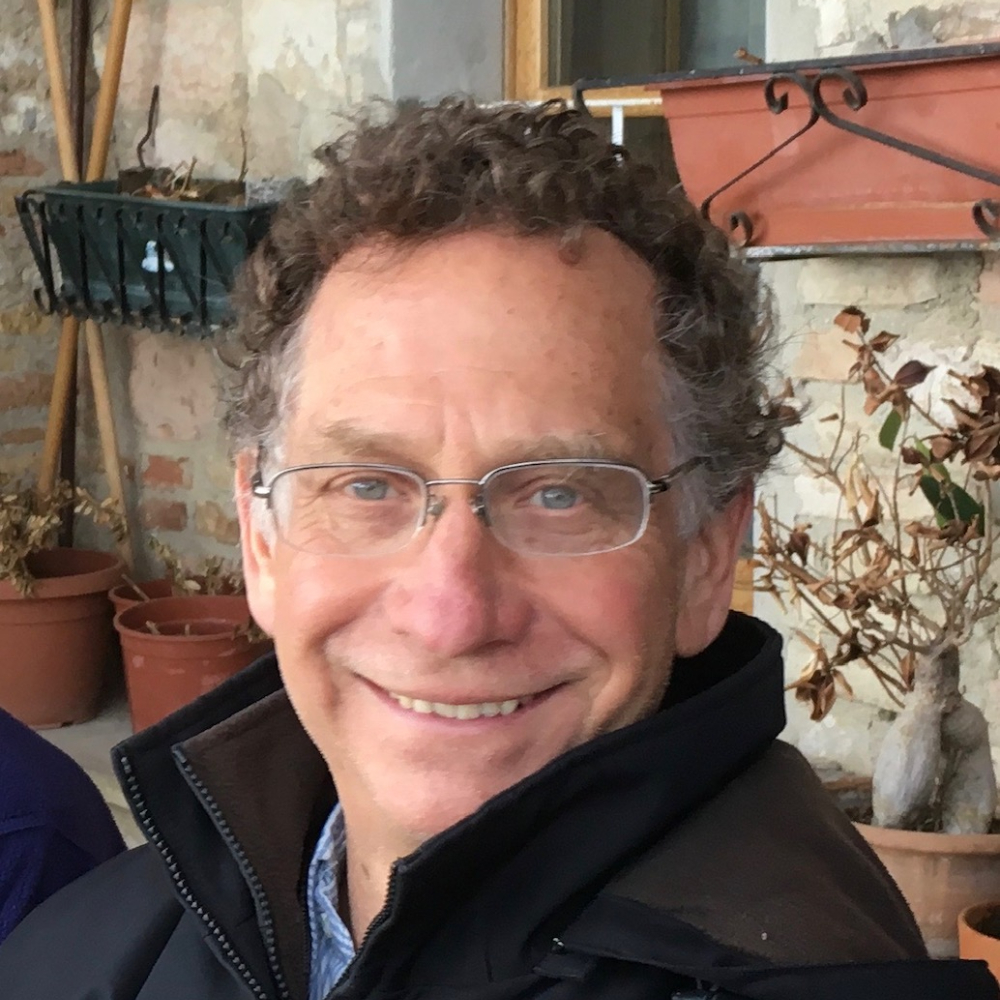 Join Inside the Vatican magazine as we chat with author Dr. Robert Moynihan on Friday, November 20, 2020, at 1:00 p.m. EST.  We will be discussing Dr. Moynihan’s latest book, Finding Vigano: In Search of the Man Whose Testimony Shook the Church and the World.  This Zoom event is live and you will have an opportunity to join the conversation.   This event was previously scheduled for November 13.  If you already registered for the November 13th event, you do not need to register for the new date of November 20.

Dr. Moynihan will be doing a live giveaway for a personalized advanced copy of Finding Vigano during this event.  Attendance is limited but all who register will be entered to win!  This event will also be live-streamed on Inside the Vatican’s Facebook page.

Register and Submit Your Questions to Chat LIVE with Dr. Robert Moynihan

Dr. Moynihan is a world-renowned commentator on Catholic issues who has appeared on Fox News, CNN, ABC, EWTN and other international networks to discuss the legacy of Pope John Paul II and Pope Benedict XVI; he appeared live on Fox as the lead analyst for the election of our current pope, Francis.

As a speaker, Dr. Moynihan often discusses the modern crisis of the Church in the post-conciliar period, set in its historical context to include the vision of the popes of our time.

During his two and a half decades as editor of Inside the Vatican, he interviewed the future Pope Benedict — then-Cardinal Ratzinger — more than 25 times. His book, The Spiritual Vision of Pope Benedict XVI: Let God’s Light Shine Forth, has been praised by many in the Catholic world, including Father Benedict Groeschel, who said, “If you only read one book on Pope Benedict XVI, then read Bob Moynihan’s book!”

His book on the current Pope, Pray for Me: The Life and Spiritual Vision of Pope Francis, the first Pope from the Americas, was published in 2013.  Dr. Moynihan’s conversations with Cardinal Péter Erdő, Archbishop of Budapest, Hungary, were published in 2019 in the book Guarding the Flame: The Challenges Facing the Church in the Twenty-First Century: A Conversation With Cardinal Peter Erdő.

In November 2020, the much anticipated Finding Vigano: In Search of the Man Whose Testimony Shook the Church and the World, will be published by TAN Books.

In 2018, Archbishop Carlo Maria Viganò released an eleven-page testimony that rocked the world.  In it, he called out the corruption of the Church, it’s handling of the sexual abuse crisis — specifically of disgraced Cardinal Theodore McCarrick — and, stunningly, called for the resignation of Pope Francis.

And then he was gone . . . at least physically.

In his new book, Robert Moynihan, longtime publisher of Inside the Vatican magazine, brings to bear his vast experience in the corridors of Vatican power as well as his long-standing friendship with Viganò to provide an incisive look at his “Testimony” itself – and a personal look at the man whose conscience compelled him to speak out about – and, thence, to begin to heal – the canker of corruption in the Church he loves and to which he has given his life.

Pre-Order Finding Vigano Today!
Sign up for The Moynihan Letters 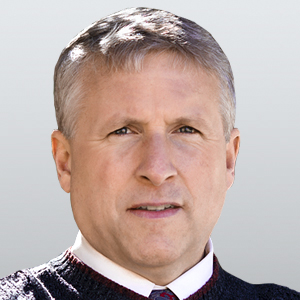 Join Inside the Vatican magazine as we chat with author Dr. Paul Kengor on Friday, December 11, 2020, at 1:00 p.m. Eastern.  This Zoom event is live and you will have an opportunity to join the conversation.

Register and Submit Your Questions to Chat LIVE with Dr. Paul Kengor

Paul Kengor, Ph.D., is a professor of political science at Grove City College in Grove City, Pennsylvania, and a New York Times bestselling author of over a dozen books. He is senior director and chief academic fellow at the Institute for Faith & Freedom and former visiting fellow at the Hoover Institution at Stanford University. His articles have appeared in publications from the Washington Post and USA Today to the Wall Street Journal and New York Times. He is a longtime columnist and senior editor for The American Spectator. Kengor is an internationally recognized authority on (among other topics) Ronald Reagan, the Cold War, communism, socialism, and conservatism.

Dr. Kengor’s books have been published by HarperCollins, Simon & Schuster, Harvard University Press, Oxford University Press, Ignatius Press, the Intercollegiate Studies Institute, HarperPerennial, and many others. In 2017, he released what has been described as his “magnum opus,” A Pope and a President: John Paul II, Ronald Reagan, and the Extraordinary Untold Story of the 20th Century. Among his bestsellers are the 2012 book, The Communist, and his 2004 classic, God and Ronald Reagan. Several of his books are the basis for major films, including the film, “The Divine Plan” (Robert Orlando, producer), which screened in theaters nationwide in 2019. In August 2020, he released his latest The Devil and Karl Marx (TAN Books/St. Benedict Press).

Kengor is a frequent public speaker, at venues such as the Ronald Reagan Library, the Reagan Ranch Center, National Press Club, Heritage Foundation, Princeton University’s James Madison Program, American Enterprise Institute, the Center for Strategic & International Studies, the Gerald Ford Library, the National Presbyterian Church, the Fulton Sheen Cultural Center, and at colleges ranging from the University of Virginia to the College of William & Mary to the Naval Academy to Notre Dame University. 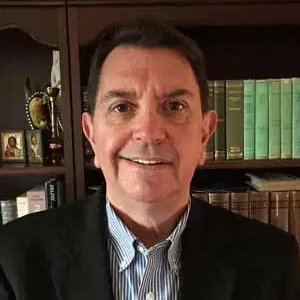 The ITV Writer’s Chat with author Robert Royal, PhD., was held on Friday, October 30, 2020, at 1:00 p.m. Eastern. This Zoom event was recorded and will be available to view on our website and our YouTube channel soon.

Robert Royal is the founder and President of the Faith & Reason Institute in Washington, D.C., and Editor-in-Chief of The Catholic Thing (www.thecatholicthing.org). Dr. Royal was also appointed in 2020 as the inaugural St. John Henry Newman Visiting Chair in Catholic Studies at Thomas More College of Liberal Arts in Merrimack, New Hampshire. His books include 1492 And All That: Political Manipulations of History, Reinventing the American People: Unity and Diversity Today, The Virgin and the Dynamo: The Use and Abuse of Religion in the Environment Debate, Dante Alighieri in the Spiritual Legacy Series, The Catholic Martyrs of the Twentieth Century: A Comprehensive Global History, The Pope’s Army, The God That Did Not Fail, and A Deeper Vision: The Catholic Intellectual Tradition in the Twentieth Century. His most recent book is Columbus and the Crisis of the West is available from Sophia Institute Press.
Dr. Royal holds a B.A. and M.A. from Brown University and a Ph.D. in Comparative Literature from the Catholic University of America. He has taught at Brown University, Rhode Island College, and The Catholic University of America. He received fellowships to study in Italy from the Renaissance Society of America (1977) and as a Fulbright scholar (1978). From 1980 to 1982, he served as editor-in-chief of Prospect magazine in Princeton, New Jersey.
He writes and speaks frequently on questions of ethics, culture, religion, and politics, has appeared on various television and radio stations around the United States, and has lectured in twelve foreign countries. Dr. Royal was part of the “Papal Posse” with Fr. Gerald Murray on EWTN’s “The World Over” news show. He has also translated books and articles from French, Spanish, and Italian; most recently J.-P. Torrell’s Initiation à saint Thomas d’Aquin (Catholic University of America Press, 1996) Roberto Papini’s The Christian Democrat International (Rowman & Littlefield, 1997), and Yves Simon’s The Ethiopian Campaign and French Political Thought (University of Notre Dame Press 2009).
Among the other books he has published are: Jacques Maritain and the Jews, Building a Free Society (with George Weigel), Crisis and Opportunity: U.S. Policy in Central America and the Caribbean (with Mark Falcoff), and, with Virgil Nemoianu, The Hospitable Canon and Play, Literature, Religion: Essays in Cultural Intertextuality. His articles have appeared in numerous scholarly journals and other publications, including First Things, Communio, the Wilson Quarterly, the Catholic Historical Review, Academic Questions, Image: A Journal of Religion and the Arts, The Wall Street Journal, the Washington Post, the Washington Times, National Review, and The American Spectator.

Dr. Robert Royal’s article in the October 2020 issue of Inside the Vatican magazine:  “Put Not Your Trust in Princes”

Stark Choices Lie Before Us. No Matter the Outcome, the Penultimate Struggle Has Already Been Won by Christ By Robert Royal “Put not your trust in princes.” We quote it all the time. And [...] 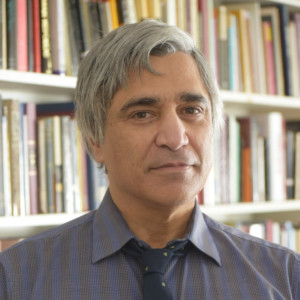 The ITV Writer’s Chat with author Professor Anthony Esolen was held on Friday, September 25, 2020, at 1:00 p.m. Eastern.  This Zoom event was recorded and will be available to view on our website and our YouTube channel soon.

Anthony Esolen, Ph.D., is a faculty member and Writer-in-Residence at Magdalen College of the Liberal Arts in New Hampshire. Dr. Esolen is a renowned scholar and translator of literature and a prolific author; he has published 25 books, and well over 700 articles, including a monthly series of reflections on Scriptural themes for Inside the Vatican. His monthly column for Magnificat, “How the Church Has Changed the World,” is so popular that Magnificat has begun to publish them in book form. (Volumes 1 and 2 of this series are already in print.) He was to be this year’s recipient of the Circe Institute’s “Russell Kirk Award,” given each year to a writer “who has dedicated his or her life to the cultivation of wisdom and virtue.” Due to the virus, that award will be given to him in 2021.

He is a senior editor of Touchstone: A Journal of Mere Christianity and a contributing editor at Chronicles, and his most recent book of social commentary, Sex and the Unreal City (Ignatius Press) has been called his most incisive yet. Among Dr. Esolen’s other titles are The Politically Incorrect Guide to Western Civilization (Regnery Press, 2008), Ten Ways to Destroy the Imagination of Your Child (ISI Books, 2010), Reflections on the Christian Life (Sophia Institute Press, 2013), and a book of commentary on “The Last Gospel” (the first 18 verses of the Gospel of John).

Dr. Esolen’s latest work, a just-released book-length poem, The Hundredfold: Songs for the Lord (Ignatius), is described as “a tapestry of hymns, monologues, and short lyrics knit together as one book-length poem in praise of Christ in his startling humanity. Using all the riches of the English poetic tradition―meter, rhyme, music―the poet ponders the mysterious man from Nazareth and the world he came to set on fire with splendor.”

The Hundredfold: Songs for the Lord by Anthony Esolen is available now at Ignatius Press

Jane Greer’s beautiful review of The Hundredfold: Songs for the Lord can be viewed at AngelusNews.com.

"There are no spiritual shortcuts" By Anthony Esolen A few days ago, the Reverend Daniel Moloney, Catholic chaplain at the Massachusetts Institute of Technology, was made to [...]

The Council’s time in history has passed By Anthony Esolen The Council of Trent (1588) by Pasquale Cati Da Iesi Thomas Aquinas(between Aristotle and [...]

God's self-revelation through signs, and the unity of Scripture Close-up of the mosaic of Creation in the Duomo of Monreale (just outside of Palermo, Sicily) [...]

Jesus knows the evil in every heart, yet He will defend each of us By Anthony Esolen The Crucifixion painted by Andrea [...]

Look to the small, the unconsidered trifle, for the great and hidden things of God. By Prof. Anthony Esolen "Let the earth bring forth grass, the [...]